Burnley will be desperate to claim their first win of the season this weekend when they play host to newly-promoted Brentford in the Premier League. History favours the home side but the Bees have started the season much better than Sean Dyche's men.

Here are our predictions for Burnley vs Brentford.

Five of the last six league meetings between Burnley and Brentford have ended with both teams getting on the scoreboard and this is just what we expect to happen again on Saturday. Three of Burnley's last five outings in league and cup have seen both teams score, while three of Brentford's last four Premier League games have produced goals at both ends of the pitch.

Maxwel Cornet is already proving a big hit at Turf Moor having made the move from Lyon in the summer transfer window. Cornet has 3-goals in the Premier League in just four appearances for Burnley, so you can see why we're backing the Ivory Coast international to find the back of the net against Brentford.

Burnley go in search of their first win

Burnley made the trip to the south coast to face Southampton last weekend where a brace from new signing Cornet helped deliver a share of the spoils. Cornet put Burnley in front in the 13th-minute but the teams went in level at the break thanks to an equaliser from Livramento. Southampton took the lead early in the second half but Burnley responded really well and levelled through that man Cornet before the hour mark. Burnley failed to win again but will have been the happier of the two clubs to come away with a point at the final whistle.

Brentford welcomed Leicester in their last league game and ended up on the wrong end of a 2-1 scoreline. Tielemans put the visitors in front early on and Leicester lead 1-0 at the break. Jorgensen managed to bring Brentford back onto level terms but a goal from Maddison in the 74th-minute proved enough for the Foxes to secure all 3pts. Brentford have certainly been playing better on the road than they have in their own backyard this season, something Burnley will be all too aware of.

Burnley: Ben Mee and Dale Stephens are the main injury concerns for the hosts this weekend. 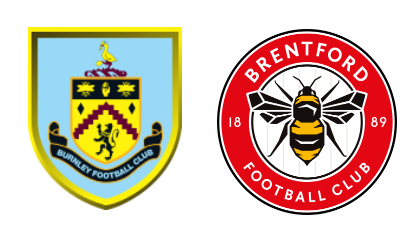