Saturday's Premier League clash between Burnley and Arsenal pits two of the season's slowest starters against one another. Burnley have managed to secure two draws and one win from their last three encounters with the Gunners and Shuan Dyche will be desperate for another positive result this weekend.

We're backing this weekend's game between Burnley and Arsenal to end in a draw due to the poor starts both teams have made to the season and their recent head-to-head record. Burnley are without a win in the league so far but have drawn two of their last three matches in league and cup, while Arsenal only ended their losing start to the campaign at home to Norwich last time out. Burnley are unbeaten in their last three games against the Gunners, picking up two draws and one win.

Both teams have scored in four of the last six meetings between these two clubs, including their last encounter which ended in a 1-1 draw. Both teams have also scored in three of Burnley's last five fixtures in all competitions, while Arsenal have only managed to keep two clean sheets in their last six attempts.

Aubameyang has one goal in the league and three in the cup for the Gunners this season and will be their main goal threat this weekend. The 32-year-old Gabon striker has netted 6-goals in his last six games against Burnley and the host's defence are likely to have their work cut out for them once again on Saturday.

All you need to know ahead of Burnley vs Arsenal

Burnley took the lead after looking like the better of the two sides away at Everton but Ben Mee's goal only galvanised the home side who went on to score three goals in the space of 7-minutes and win the game comfortably. That collapse was very unlike a Dyche Burnley side but the club find themselves sitting in the botto0m three and have not been good enough this season.

Speaking of not being good enough, Arsenal lost their opening three league games against Brentford, Chelsea and Man City but didn't manage to get their first 3pts on the board courtesy of a 1-0 home win over bottom of the table Norwich. Aubameyang scored the winner in that game and Arteta will be looking to the Gabon forward to lead the line for his Arsenal side this weekend.

Burnley: Collins, Roberts, Stephens and Long are the major injury concerns for the hosts.

Arsenal: Xhaka misses out through suspension, Elneny is injured and there are doubts over Holding who has a bruised Patella.

Burnley vs Arsenal – Your Questions 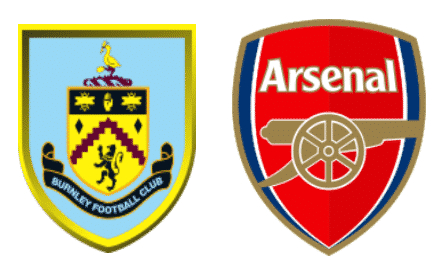