Burnley fought back from a goal down to draw 1-1 with Chelsea at Turf Moor.

The Clarets had lost their previous 11 Premier League games after going a goal down, but Robbie Brady's goal on his first start for the club stopped that run.

Burnley now have 30 points, while Chelsea sit 10 points clear at the top of the table.

Manchester City could cut that gap to eight points though when they play on Monday.

Tom Heaton – Chelsea will have been disappointed that they rarely tested the Burnley keeper. Couldn’t do anything for the Pedro goal. 6 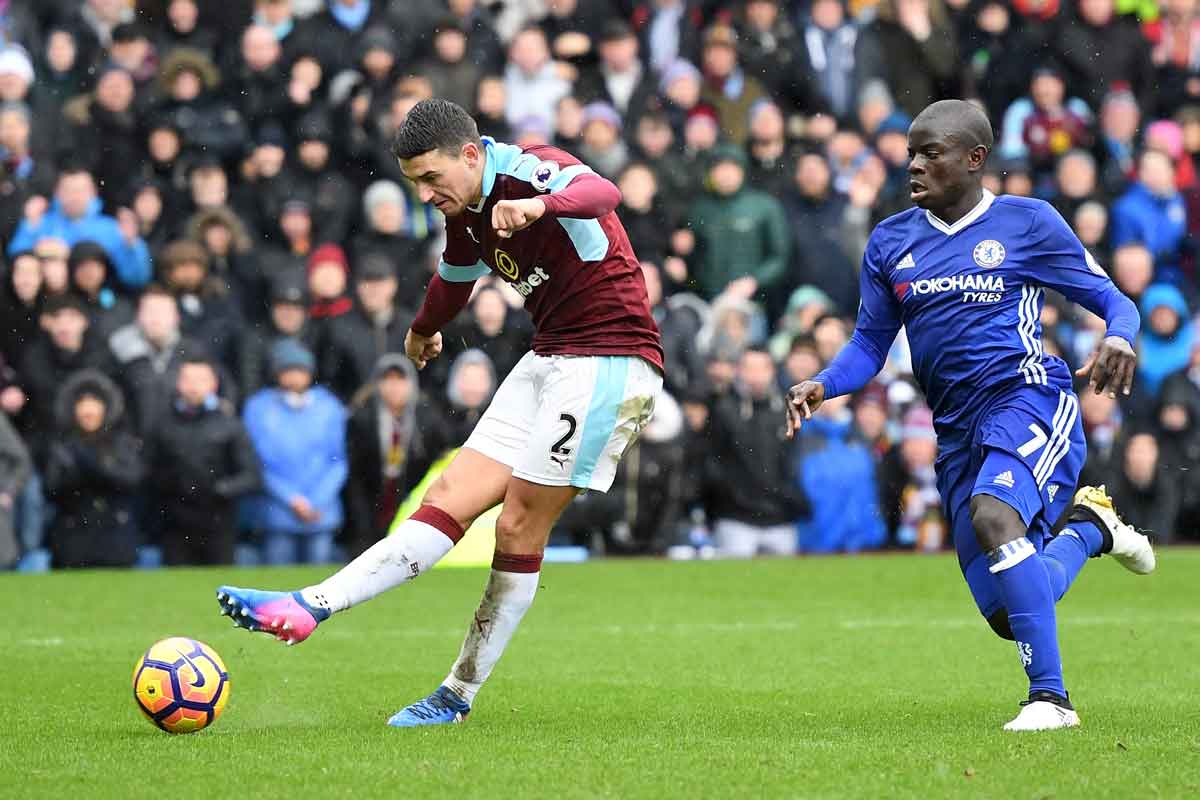 Matt Lowton – Pushed forward well from right-back and caused Chelsea problems. Should have scored in the first-half when sent through by Joey Barton. 7

Michael Keane – A rock in the Burnley defence. It’s no surprise that he’s been linked with clubs in the top four. Man of the match. 8

Ben Mee – Won everything in the air. It’s easy to see why Burnley have such a good home record with him and Keane in the middle of the back four. 8

Stephen Ward – Kept Willian very quiet when he came on and didn’t let Moses cause too many problems. Didn’t do too much going forward, but didn’t need to. 7

George Boyd – Never stopped running. Might not have threatened too much going forward but was crucial to Burnley’s style of play. 6 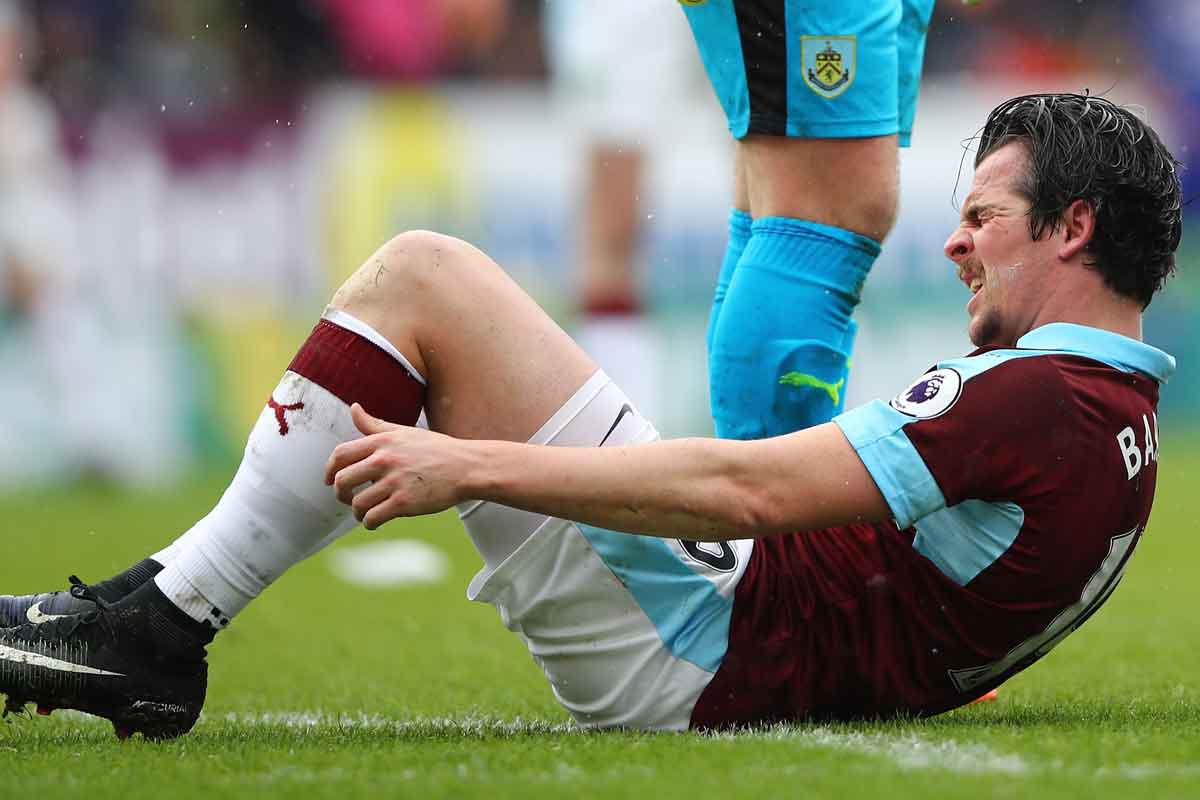 Joey Barton – Showed his Premier League experience to take Willian out when he was threatening. Burnley is definitely the right club for him. It feels like he’s at home. 7

Ashley Westwood – Looks like he’ll form a decent partnership with Barton in the centre of Burnley’s midfield. DIdn’t look out of place battling Kante and Matic. Booked. 7

Robbie Brady – Scored a brilliant free-kick to put Burnley level. But he struggled to make a huge impact other than that, with Moses looking comfortable in attack and defence. 6

Andre Gray – Caused Chelsea problems all game. Should have scored early in the first-half but failed to make proper contact. 6

Thibaut Courtois – Made a vital save from Lowton in the first-half. Could do nothing about the Brady goal and was generally a calming presence in the Chelsea back line. 7

Cesar Azpilicueta – Looked comfortable both in a 3-4-3 and a 4-2-3-1, he loves to push forward as well. Arguably the best defender in the Premier League. 7 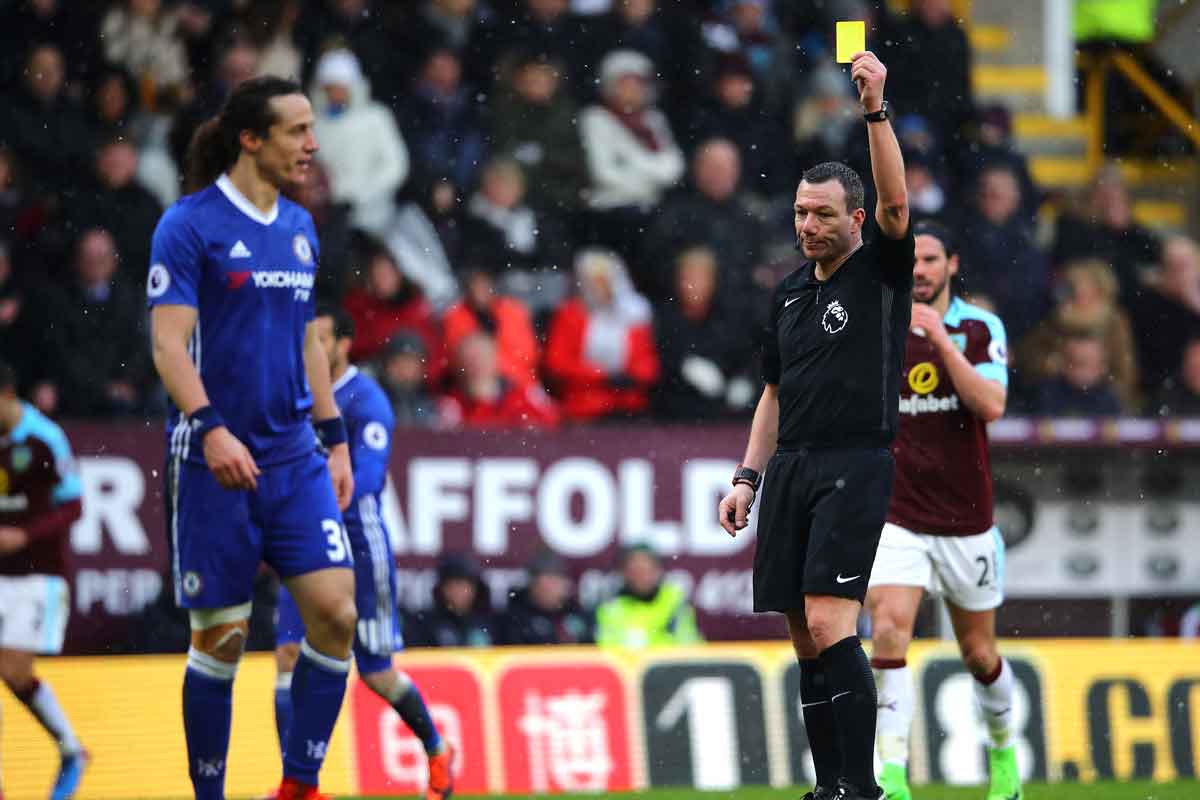 David Luiz – Didn’t look his usual assured self, he made a few errors that you would have associated with the Brazilian in his first spell at Chelsea. Perhaps his knee injury caused him problems. Booked. 6

Gary Cahill – Pushed forward well in the first half when Chelsea were on top. Did his job in defence too without being particularly exceptional. 6

Victor Moses – Started brightly to set up Pedro’s opener but faded before being replaced by Willian. Lacked spark in the final third. 6

N’Golo Kante – As usual, the Frenchman never stopped, but his passing often left much to desire. Not one of his best games in a Chelsea shirt. 6

Nemanja Matic – Gave away the free kick that led to Brady’s equaliser. Failed to properly impose himself in the way you would hope against Barton and Westwood. 5

Marcos Alonso – Offered a threat going forward all the time as wing-back. His crossing sometimes left a bit to be desired though. 5 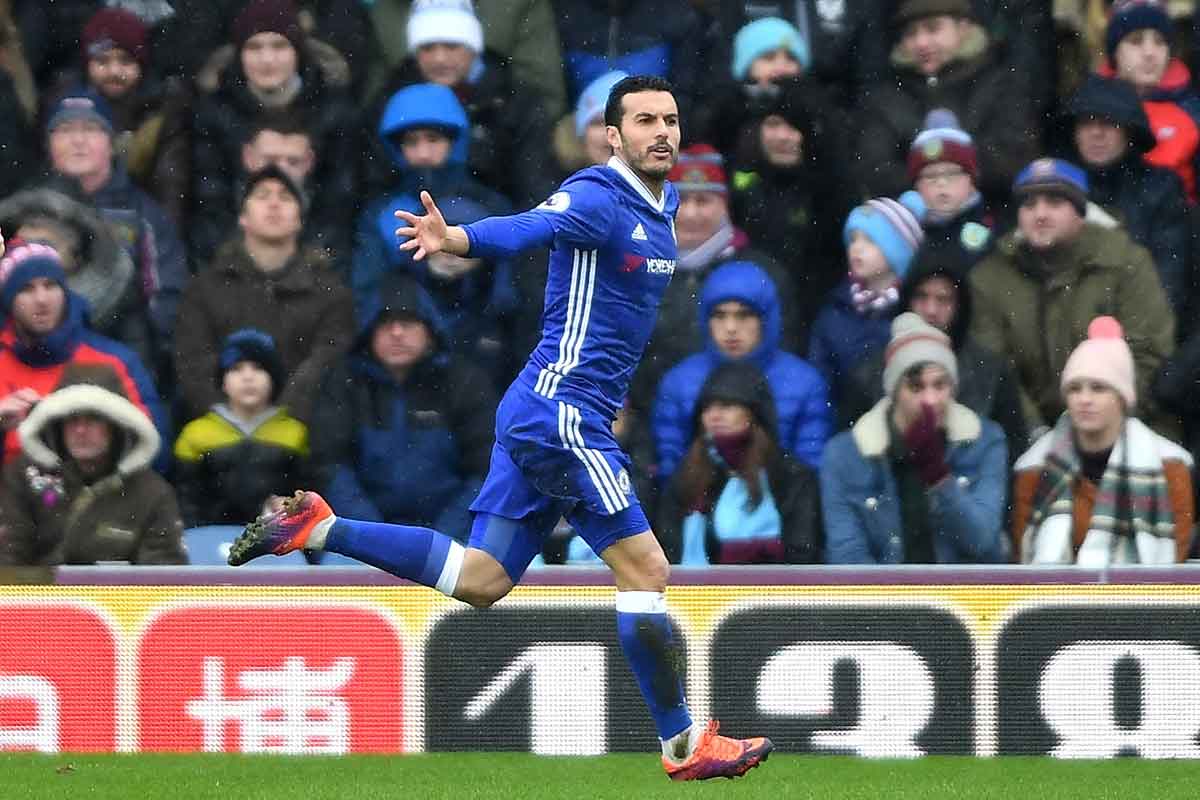 Pedro – There was no doubt he was going to score his goal. But after then a lot of what he tried didn’t come off, like most of the Chelsea team. 6

Eden Hazard – Whenever Chelsea looked like they were going to threaten, Hazard was at the centre of it. But he failed to produce a moment of magic, and should have scored early on when through on goal. 6

Diego Costa – A threat to Burnley all game but guilty of overplaying it at times. Should have played in Hazard on a number of occasions when he was looking for the shot himself. 5