Second season syndrome. Victims of their own success. All the cliches are being dusted off as people try to search for a reason as to why Hoffenheim aren’t reaching the heights of last season this time around.

Julian Nagelsmann’s men are currently ninth in the Bundesliga. On the surface it’s not a great position to be in for a side who finished the 2016/17 campaign in fourth position, just five points shy of RB Leipzig in second. However, the German league is far more competitive this year.

Bayer Leverkusen are second having taken 35 points from 21 matches, but they are only four points ahead of eighth placed Borussia Mönchengladbach and just eight in front of Hertha Berlin in eleventh.

Having said that, there's little doubt Hoffenheim are underperforming. In the 21 league games this season they’ve conceded 33 goals at a rate of 1.57 per 90 minutes. Quite the increase on last season’s 37 goals in 34 matches – 1.08 per game.

Furthermore, to match last season’s total of 62 points, which was achieved through 16 victories and 14 draws, they’ll have to win 11 of their remaining 13 matches, an unlikely scenario.

They’ve also lost close to twice as many matches this season (seven) than they did in Nagelsmann’s full debut campaign (four).

So have the wheels come off of the Nagelsmann express or is there a reason behind their drop off in results and performances?

Hoffenheim blitzed the Bundesliga last season with their fresh, unique approach. Their squad wasn't made up of stars but as a collective they could beat anybody on their day.

Nagelsmann, who had yet to celebrate his 30th birthday, proved his worth as a forward-thinking coach.

He turned Kevin Vogt, a midfielder, into a ball playing defender as part of a back three. In midfield he used Kerem Demirbay, a Liverpool transfer target, and Nadiem Amiri, subject to Tottenham Hotspur transfer rumours, in box-to-box roles despite both being attacking midfielders. And by playing a back three as well as a holding midfielder, Hoffenheim weren't exposed as often as you'd imagine.

It was an innovative tactical idea and it clearly worked. The village side finished in fourth and earned a place in a Champions League play-off.

That was all built on a 17-game unbeaten at the start of the season. They thrashed Champions League regulars Bayer Leverkusen, stuck five past Gladbach and even managed to beat Bayern Munich. It was a season to remember.

But like so many clubs before them who overachieved, Hoffenheim were, to an extent, victims of their own success.

Seb Rudy, the holding midfielder, and Niklas Süle, a juggernaut of a defender, agreed to join Bayern Munich in the summer. They also lost the focal point of their team, Sando Wagner, during the winter window, he joined Süle and Rudy in Bavaria. 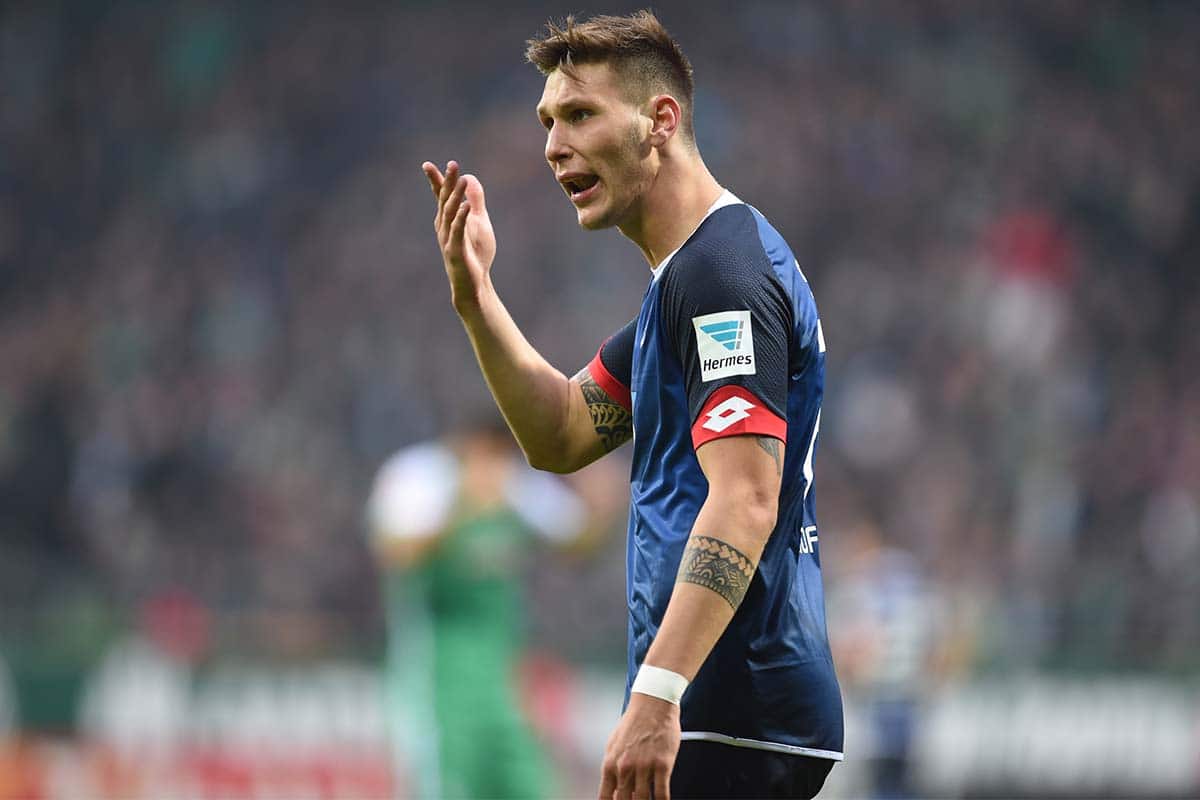 Hoffenheim weren't ever reliant on individuals but losing two of their starting back four has had an impact. The club aren't in a position to replace quality with quality and have to settle on slight downgrades which in turn makes the starting XI weaker.

Most managers, those with experience that is, would look to change the system to get the best out of the players at their disposal. Nagelsmann, however, doubled down and persisted with it. It's wasn't the last time his hubris got the better of him.

He took his Hoffenheim team to Liverpool for the Champions League play-off but downplayed the significance of the second-leg being played at Anfield:”I don't really make a difference between home or away matches, so I don't really care [where the game is played]. I am not overly in awe of this club. We are good enough not to have to hide here.”

Liverpool went 3-0 up inside 21 minutes on the night and Nagelsmann admitted afterwards the power of Anfield left his players “running around like headless chickens.”

It's fine to be confident as a manager but you also need to be respectful. This was misguided on his part at best. Anfield on a European night can be a force of nature. Better teams than Hoffenheim have crumbled.

To become a world class manager tactically flexible and the ability to learn from past mistakes is vital, but recent defeats to Bayern Munich and Bayer Leverkusen have shown the defeat at Anfield wasn't something that helped shape Nagelsmann as a coach – his side conceded nine goals in those two matches.

Last season Nagelsmann demonstrated what he can do when there's a perfect storm. However, this year, as you'd expect, he's had difficulty adapting and managing a squad across a number of competitions.

Hoffenheim crashed out of the Europa League at the group stage after they conceded nine goals in six matches, of which they won just once. While any experience in Europe is welcomed for a club like Hoffenheim, to finish bottom of a group made up of S.C Braga, Ludogorets Razgrad and Istanbul Basaksehir was a disappointment.

They won just two of their Bundesliga matches following a fixture in Europe. It's made for some patchy form – their longest unbeaten streak stands at three matches while they've gone four games without a win on two occasions. 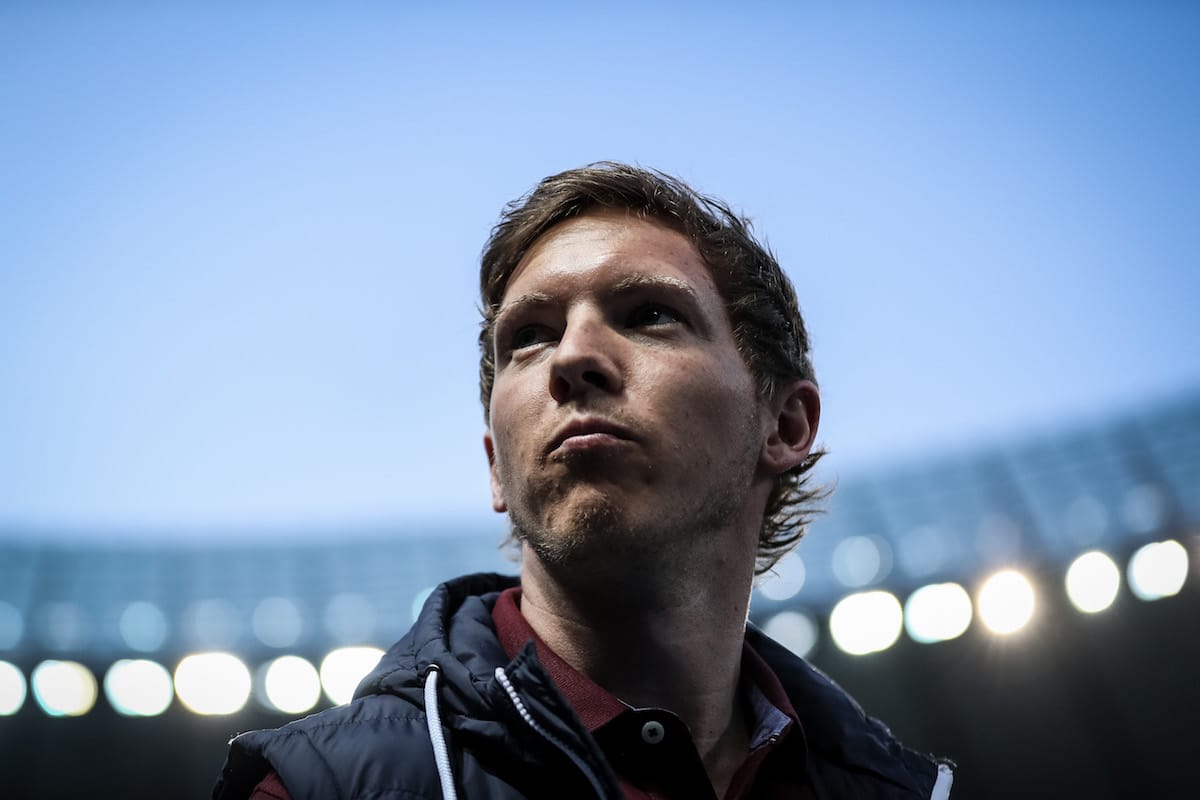 Nagelsmann is learning on the job, and this season will no doubt be one that helps him develop as a manager. But his lack of adaptability, stubbornness and letting uncertainty surrounding his future have distracted him. It is perhaps why Bayern Munich have cooled their interest in the 30-year-old, for now.

This season has highlighted that he's still very raw and needs time to hone his craft. The Bavarian giants don't offer that sort of environment. They aren't a finishing school for managers.

Nagelsmann was linked with a move to Allianz Arena after Carlo Ancelotti was sacked in October. Jupp Heynckes got the job on an interim basis but reports in Germany claim the club want him to stay on for another season.

Is this to allow the Hoffenheim man another season to develop an identity without the pressure of managing the champions? Perhaps, but Bayern have competition.

Borussia Dortmund are also believed to be long-term admirers. Like rivals Bayern, they have an interim coach until the end of the campaign with Peter Stöger filling in after Peter Bosz was sacked. The constant links to bigger jobs will have no doubt unsettled Nagelsmann – just look at what happened with Marco Silva at Watford.

Ultimately it's fair to say Hoffenheim aren't underperforming, they're just at their level after hugely over-performing last season. However, if Nagelsmann wants to get a top job he's going to have to exceed expectations on a regular basis,

Hoffenheim need to punch above their weight just like Dortmund did under Jürgen Klopp; that's his challenge moving forward. Next season will be the big one for the 30-year-old manager.