It’s often said that the Premier League is the best league in the world. Media companies claim that it is the most exciting and the most competitive. Yet with nine games of the 2019/20 campaign played, sixth-placed Crystal Palace are closer to bottom side Watford than leaders Liverpool.

Roy Hodgson’s men have 14 points, three shy of the top four, but are 11 points behind the Reds and only ten ahead of the Hornets. Furthermore, only four points separate the Eagles from Everton in 15th. On one hand, this does underline the competitiveness of the English top-flight but, by the same token, highlights the gap between the very best and the rest.

There are substantial gaps at the top of Ligue 1 and Serie A, too, while La Liga is more competitive than most years with both Barcelona and Real Madrid struggling for form early on. However, the two Spanish giants, as they always seem to do along with Atlético de Madrid, will eventually find their groove and create a healthy lead at the top.

The Bundesliga, however, is different. The summit is as competitive as they come. Currently, two points are all that separates table-toppers Borussia Mönchengladbach from ninth-placed Bayer Leverkusen.

Bayern Munich occupy third spot with Borussia Dortmund in fourth and RB Leipzig in fifth on goal difference. Wolfsburg are the only unbeaten side in the Bundesliga but four draws mean they’re tied at the top with Gladbach on 16 points. Freiburg, Schalke, Eintracht Frankfurt and Leverkusen all find themselves on 14 points from their eight matches.

This sort of close-run race is a regular occurrence in Germany. There are plenty reasons for it.

Right now, for example, Bayern's domestic dominance is perhaps being threatened because at the helm they have an inexperienced manager in Niko Kovač who is learning on the job. There have been question marks over him from day one and not just in terms of his tactics. How he handles players is up for debate, too, with Thomas Müller the latest player to talk openly about moving on.

The Bavarians seem to take one step forward under the former Croatia international, the 7-2 dismantling of Spurs, before taking multiple steps backwards, defeat to Hoffenheim and a draw against Augsburg. 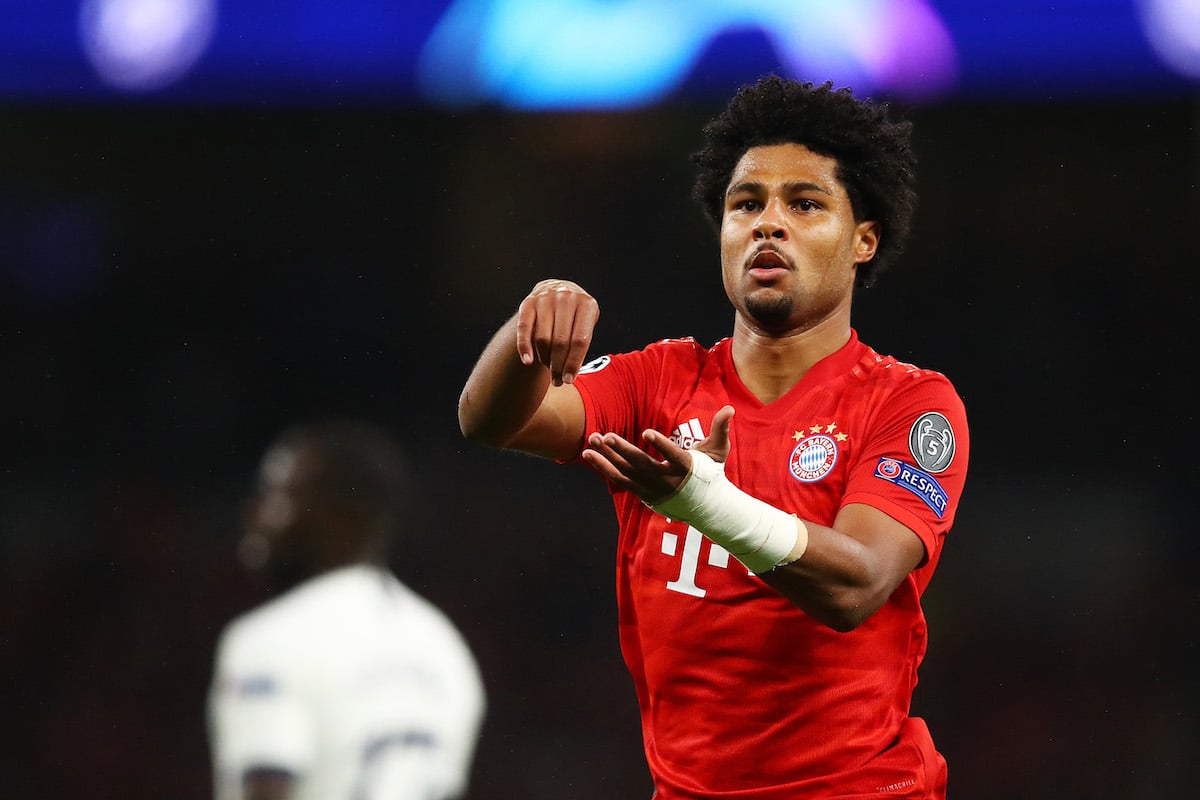 In normal circumstances, the second-best team would capitalise. In this instance, it should be Dortmund. But under Lucien Favre, BVB have been unable to shake the bottlers tag. With only seven games to play last season, Favre and his team travelled to Munich with a two-point lead. The home side ran riot, winning 5-0, and claimed top spot. They never looked back.

While both Kovač and Favre have plenty of pros, the pair have too many cons to be labelled top-class managers. But that is the level Bundesliga clubs are currently at.

Usually a proving ground for upcoming talents, such as Jürgen Klopp and Thomas Tuchel, Bayern went big to bring in Pep Guardiola and Carlo Ancelotti. However, after the latter failed to deliver, they had to revert back to the norm and look to bring in a manager who could build his own legend.

Kovač and Favre are under pressure to deliver with the two best squads, even though both teams are going through transitional periods. BVB regularly lose key players while Bayern are trying to freshen the squad up while remaining competitive.

Pressure leads to mistakes. And given the majority of eyes often end up on those two teams, it means the Gladbachs, RB Leipzigs and Leverkusens of the league can go somewhat under the radar.

These clubs appoint youthful and innovative managers to get the best out of the talented squads at their disposals. Right now, Gladbach are one of the best teams to watch in Europe because of manager Marco Rose and the way he's using his midfield and attack. RB Leipzig were impressive early on under new boss Julian Nagelsmann with Timo Werner looking sharper than ever.

It's a perfect storm and this is what leads to so much competition and so much change at the top of the Bundesliga.

Last season, two points separated Bayern and runners-up Dortmund. There was then a ten-point gap between BVB and third-placed RB Leipzig. The Red Bull-fuelled club had an eight-point lead over Leverkusen who claimed the final Champions League spot. But it wasn’t easy for Peter Bosz’s charges.

They pipped Gladbach to fourth spot by three points but B04 only finished five clear of eighth-placed Werder Bremen.

During the 2017/18 campaign, there was only a four-point gap between third-placed Hoffenheim and seventh-placed VfB Stuttgart. The last time there was a significant gap in the Bundesliga between the top four and the rest arrived during the 2016/17 season when 13 points separated Hoffenheim in fourth and FC Köln in fifth.

Since then, there’s been plenty of final-day drama, something not usually seen in the Premier League. The 2016/17 campaign saw first, second and sixth decided before a ball was kicked. The only question was which one of Arsenal or Liverpool would miss out on a top-four spot.

The 2017/18 season was even more of a foregone conclusion. The top seven all went into the last match of the season knowing their final position with only Everton and Leicester City, occupying eighth and ninth place respectively, with anything really to play for.

Last year was much more competitive with Liverpool and Manchester City heading into the final game of the season with a chance to win the league. While the final table gives the impression that it was much closer than it was for the final Champions League spot, Chelsea and Tottenham Hotspur only had to avoid defeat to ensure their place in Europe’s premier club competition.

That's a luxury few Bundesliga clubs have in those final few weeks.

Manchester United had sixth on lock, Wolves bagged themselves a seventh-placed finish on their return to the Premier League while Everton and Leicester once again battled for eighth. 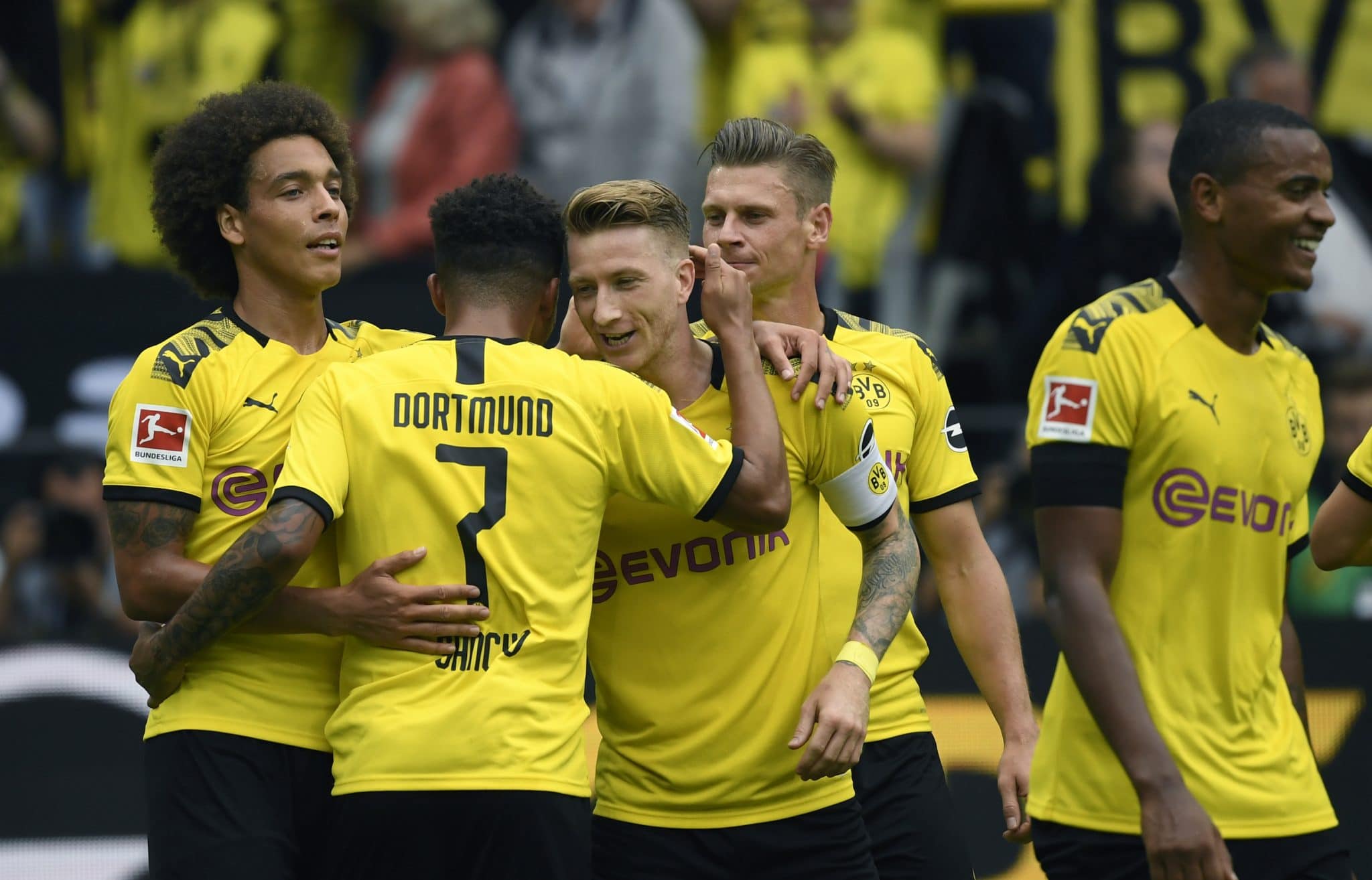 In the Premier League, the top six have been fairly dominant since Leicester City’s miraculous title win in 2016. In fact, in two of the last three seasons, the top four has been made up of the same clubs. In Germany, however, this changes on a yearly basis.

Over the past five seasons, no group of four teams have qualified for the Champions League on more than one occasion. Furthermore, over the same time period, 14 different teams have finished in the top six in Germany. In England, that number is just eight.

In terms of competition, the Bundesliga manages to keep fans captivated for the full 34 matchdays. Can any other league in the world truly do that? Furthermore, when Premier League teams are looking to improve their squad, the German top-flight is usually their first port of call.

Liverpool, Manchester City, Chelsea and Arsenal have all raided the Bundesliga for talent over recent seasons. With Jadon Sancho, Werner and Kai Havertz still plying their trade there you can expect another big-money move or two on the horizon in the near future, too.

The Premier League might be the most popular league but in terms of everything else, it’s lagging behind the Bundesliga.