Manchester City and Everton fans have been getting very excited about the new football season as they believe their clubs have come out on top in the summer transfer window.

But history, and a few people who know a lot about the game, tells us signing a huge clutch of players in one go can often backfire. So perhaps the celebrations in the north west are premature at best.

Pep Guardiola goes into his second season as City boss having spent over £200m on six players with the promise of more to come.

The Catalan coach was clearly unhappy by what he saw from his defence during the previous campaign and has spent the majority of his funds on putting together a new backline.

Last season we saw Guardiola chopping and changing with his choices of men at the back, raising a few knowing smiles from rivals as the likes of Jesus Navas proved he was even less effective as a right-back than going forward.

It did not work as City scraped into the top four and failed to challenge for the title. He clearly needs a settled defence, so is it wise to change so many players so quickly?

Guardiola's track record with goalkeepers will have a few City fans watching on anxiously to see if Ederson is worth the British record £34.9M goalkeeper fee, but that is just the first name looking to make new friends at the back.

In addition to last summer's spending on John Stones and Co, Pep is now trying to mould a new look defence featuring three new full-backs who were signed for a combined £128m.

It could prove to be money well spent, for it is an area that badly needed addressing. Right-back Kyle Walker does not even top the list as a £45.9m recruit with Monaco man Benjamin Mendy on the left weighing in at just over £50m.

Where that leaves Danilo is anyone's guess, but at £27m the former Real Madrid man will have good company on the City sub's bench. Eliaquim Mangala has returned from his loan spell at Valencia but will not be sure of a place in the squad despite his £42m fee three years ago.

Still up in the north-west, Ronald Koeman has been splashing out on a magnificent seven, with keeper Jordan Pickford and centre back Michael Keane costing £30m each. Davy Klaassen was not much cheaper and Wayne Rooney is still a top earner following his move from Manchester United.

With other players such as Swansea's Gylfi Sigurdsson still in Koeman's sights he could soon be able to field a complete new starting XI by the end of the window.

But will the Dutchman be able to craft a team out of that lot? Only time will tell. Back down south, in London, some familiar faces are watching on with a smile.

Arsenal manager Arsene Wenger has long warned that trying to introduce more than two or three players to a group in one go comes with inherent risks.

Brendan Rodgers signed 31 players in just over three seasons at Liverpool, including seven in his final summer transfer window before he was sacked.

Echoing the sentiments of his fellow French countryman Wenger, Houllier said: “Regarding Liverpool’s recruitment strategy, I would say that their main mistake is that they signed too many players. You need to have cohesion in your team, to keep the players.”

Wenger's prime example of that came when Andre Villas-Boas got carried away with Tottenham's £90m Bale money four years ago and signed seven players in one swoop in an attempt to make Tottenham title contenders.

Needless to say, it did not work and AVB lost his job.

Asked if he feared Tottenham ahead of that season, when they had signed Paulinho, Nacer Chadli, Roberto Soldado, Etienne Capoue, Erik Lamela, Vlad Chiriches and Christian Eriksen, Wenger was unmoved.

He explained: “In our job, there is a technical risk when you buy more than three players because you unbalance a little bit the stability of your squad.

“I know that in England it's very well seen [to buy players], but it's always difficult when you bring so many players in to predict how well they will do.

“You have to find a way to integrate more. And your squad is always a balance, and there's a bit more risk. It [signing players] can work as well. It can click fantastically well, but there is a little risk in the stability of the squad and on the technical consistency.” 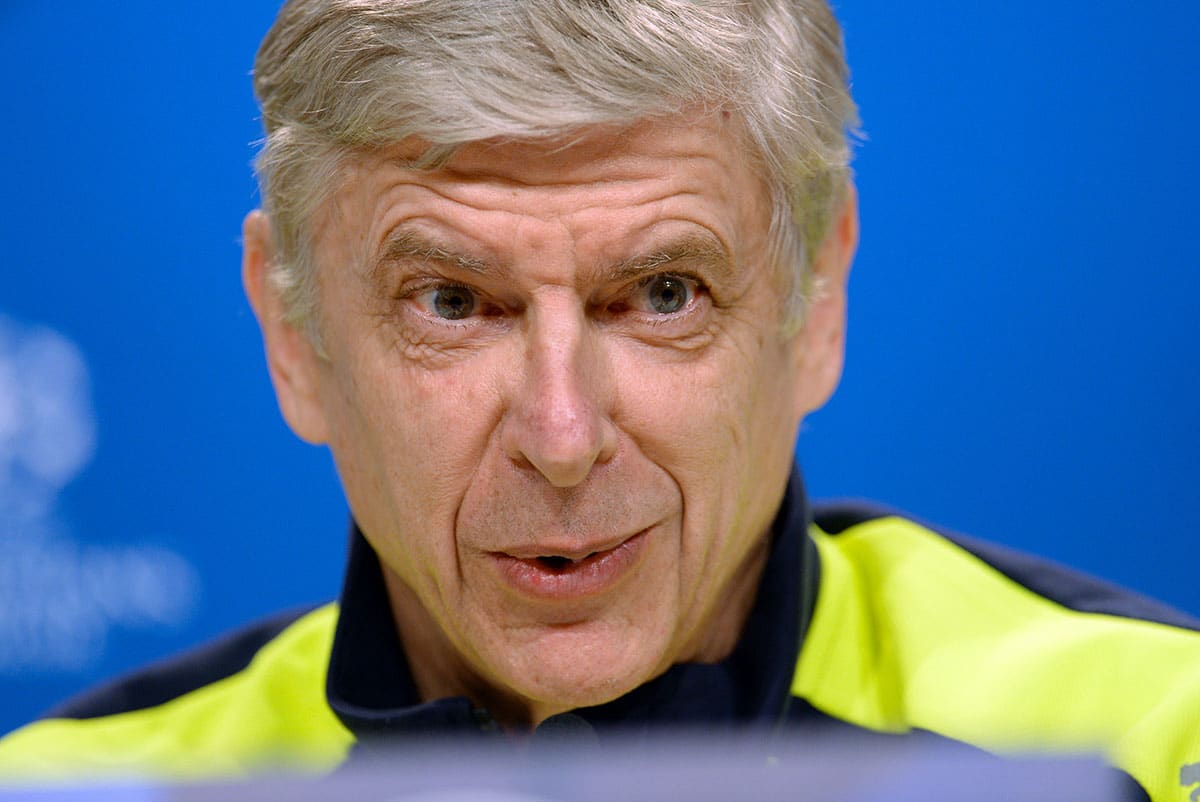 That is why the Arsenal manager thinks Tottenham supporters should not be worried they have not signed many/any players of note so far this summer.

He said: “They have a good team already and they are a young team on the way up. That is also important to assess if a team is at the beginning of a cycle or at the end of a cycle.

“Then it is difficult to find the sort of players who can strengthen this kind of teams. Everyone says ‘buy', but they can be a bit quiet when you say ‘who?'

Former Tottenham and England striker Gary Lineker is in full agreement with Wenger, particularly when assessing Tottenham against the activity of their title rivals.

He said: “It is all very well saying they have not made enough signings, but if you look at Spurs they are actually quite a strong team and it could upset their equilibrium, by bringing in three or four new faces.

“Teams that have – Manchester City, Manchester United etc – they do not know how the new players are going to adapt. They have got the problem of not knowing their best team, their best formation, the best selection that suits those particular players.

“Tottenham and Arsenal might steal a march by getting off to a good start because they are the teams that have familiarity amongst themselves. And they know what is their best way of playing.

“So, it is not necessarily an advantage bringing in a load of players every summer.”