There’s always been an interest in the Brazilian league, with many of Europe’s elite looking to unearth the next Samba superstar. But few clubs are prepared to move for players unless there's a near guarantee they’ll succeed.

However, in the past few years, that stance has softened. With transfer fees spiralling, clubs are now open to the idea of taking risks on players. In the past, £30million was paid for a starter. Now, that buys potential.

It’s why Real Madrid were quick to snap up Vinícius Júnior and Rodrygo while Reinier became the latest Brazilian teenager to be added to Los Blancos’ roster on Monday. The 18-year-old was reportedly the subject of an enquiry from Everton during the summer transfer window before he’d even kicked a ball for the Flamengo first-team.

Elsewhere, Milan added rumoured Liverpool transfer target Lucas Paquetá to their ranks a year ago while Gabriel Barbosa, owned by Internazionale, is being courted by many sides in Europe after stealing the show for Flamengo in 2019. 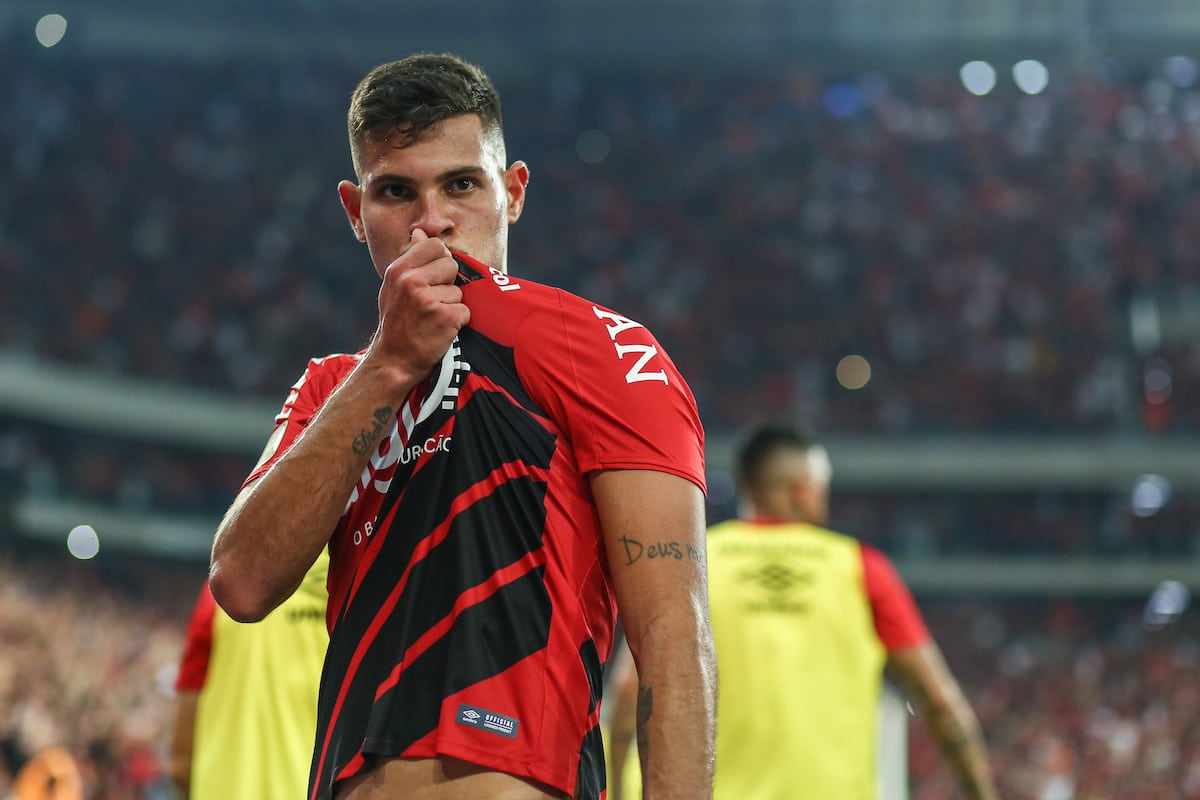 The fear of signing the next Kerlon has dissipated. Fear has been replaced by intrigue. The latest club to show an interest in a Brazilian talent is Arsenal. The Gunners are looking to make Bruno Guimarães the first signing of the Mikel Arteta era.

The Athletico Paranaense midfielder has attracted a lot of attention this term. His performances in the middle third have resulted in Chelsea, Lyon, Atlético Madrid and Benfica all keeping close tabs on the 22-year-old. Now Arsenal appear to be leading the way to land the midfield maestro.

According to reports, Benfica’s interest has cooled after the arrival of Julian Weigl but Athletico Paranaense president Mario Celso Petraglia told O Jogo the Portuguese giants still have an offer on the table for the playmaker: “Yes it’s true. Yesterday came the official offer from Benfica to sign Bruno Guimarães. Let’s study Benfica’s offer. On Monday we will meet the club board to assess this situation.”

He added: “Arsenal are interested, but will only make an offer towards the end of the season.”

It’s no secret the Gunners need midfield reinforcements. Granit Xhaka and Lucas Torreira are perpetually linked with moves away from the Emirates, Dani Ceballos hasn’t settled following his arrival on loan from Real Madrid while playing Mesut Özil in the middle third just isn’t part of the thinking. Arteta’s squad lacks a link player, one who can marry the defence with the attack.

Guimarães could be just that.

During the 2019 campaign, the 22-year-old was the creative hub for Athletico Paranaense. He wasn’t one to rack up goals and assists like other players but he facilitated those opportunities for team-mates.

Guimarães is comfortable in tight areas and he’s press-resistant, a necessity for any midfielder in the Premier League.

Not only can he pick a pass, he can also beat opponents with a drop of the shoulder. In fact, he completed 86 per cent of his dribbles in 2019.

The 22-year-old doesn’t just influence proceedings going forward, he’s also useful from a defensive perspective. He was averaging more than six ball recoveries per 90. For context, Liverpool midfielder Fabinho, a player considered by many to be one of the best defensive midfielders around at the minute, averages just a little over seven for the Reds.

At €25million, Guimarães isn't going to break any transfer records but he could be the most important signing Arsenal have made in a long time. The player who really helps Arteta kickstart his revolution at the Emirates.