AC Milan are the latest club to have thrown their hat into the ring in the race to sign Bruno Fernandes from Sporting CP, according to reports in Italy.

The Portuguese international midfielder, who is also said to be on the shopping lists of Liverpool, Everton and Atletico Madrid among others, is reportedly valued at just €30million and, given the incredible season he's having, could end up being one of the summer's most in-demand players.

Despite still being only 24 years old, Fernandes has already had somewhat of a nomadic career, having begun in Portugal with Boavista before leaving for Italy as a 16-year-old, first joining Novara, then Udinese and Sampdoria.

Fernandes spent four full seasons in Serie A – three with Udinese and one with Sampdoria – but it wasn't until he returned to his homeland, joining Sporting in the summer of 2017, that he truly found himself as a footballer.

While in Italy, Fernandes honed his technical and tactical skills, becoming a reliable central midfielder, disciplined when out of possession and trustworthy with the ball, a fine passer and a goal threat from range. 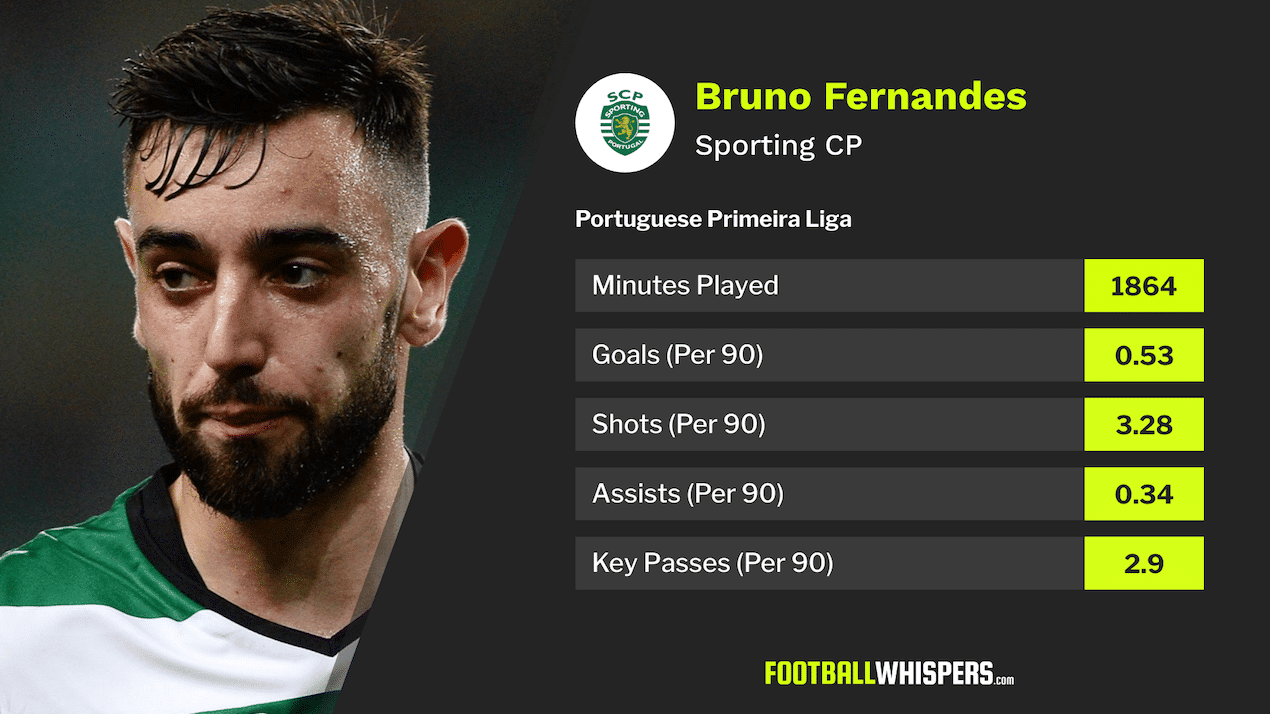 But little about the Portuguese stood out, hence why a senior international debut alluded him until he joined Sporting. While in Serie A, Fernandes was solid, reliable, but lacked a USP, a speciality. He has found one back in Portugal: goals.

Before signing for Sporting, Fernandes' highest return in a single Serie A season was the five he bagged for Sampdoria in his final campaign in Italy. In his first season with Sporting, he scored 11, and he has already equalled that return this term, reaching that figure, remarkably, in just 21 Liga NOS appearances.

In all competitions Fernandes has struck 22 times, his tally boosted by eight goals in the Portuguese domestic cups and a further three in the Europa League.

Where once Fernandes faded into the background, distinguishable neither as an outstanding performer nor a liability, he now shines brightly in the Sporting midfield with his energy, hard pressing, speed in transition and ability to find the corner of the net from all ranges.

To watch Fernandes time runs from midfield with such single-mindedness recalls images of Frank Lampard in his Chelsea pomp, only the Portuguese is more agile and dynamic than the ex-England star.

With a high-profile move seemingly on the horizon, it will be fascinating to see whether Fernandes can make his newfound scoring prowess translate to one of Europe's five major divisions.