In the space of a summer, Newcastle United have gone from appointing José Mourinho to Steve Bruce. Only in the life of a Magpies supporter.

Maybe it's one final, defiant, podgy middle finger from Mike Ashley before he rides off into the sunset pockets stuffed full of petrol dollars.

Or maybe it's the most sensible thing the Sports Direct chief has done in his miserable decade on Tyneside.

The former Sunderland boss was confirmed as Rafa Benítez's successor this morning on an initial three-year deal.

It's bad enough the ever-popular Spaniard was allowed to walk out at the end of his contract before taking over at Chinese Super League side Dalian Yifang. But replacing Benítez with a manager with Sunderland connections is tantamount to treason for most United supporters. 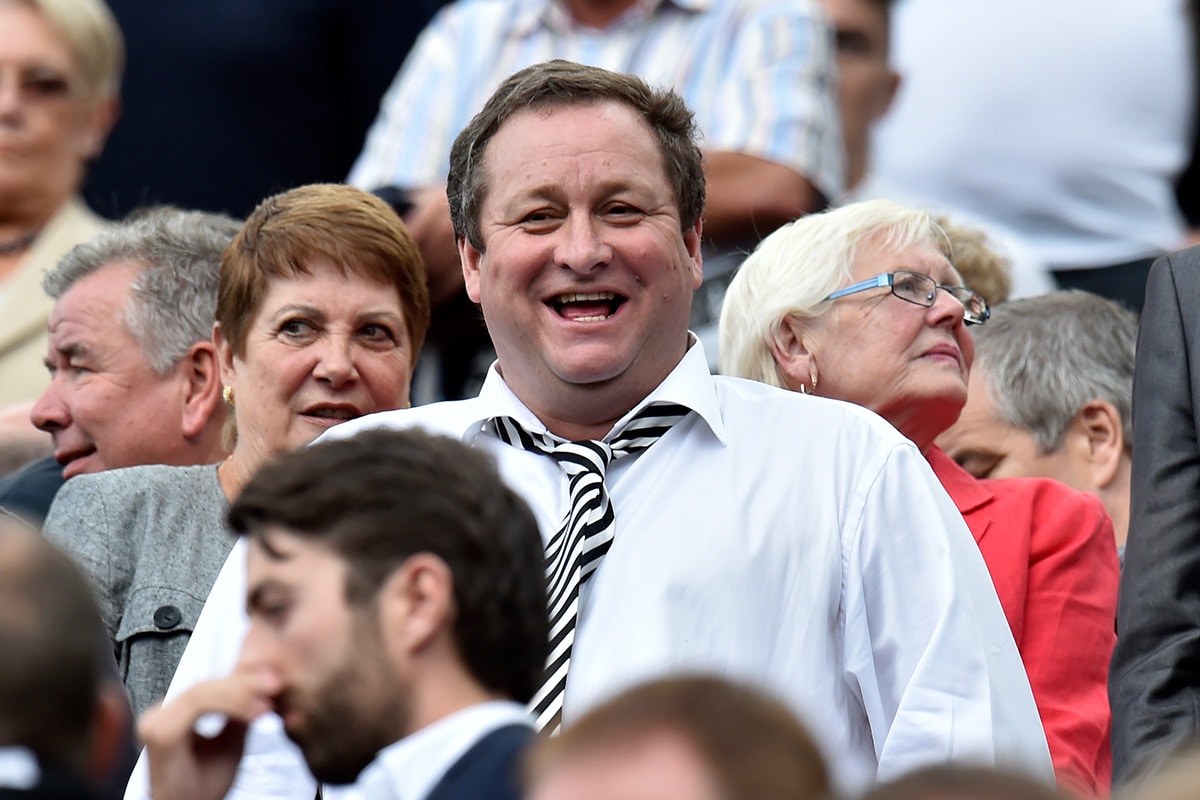 Supporters of their great rivals have spent the entire summer waiting anxiously for any shred of credible information about the reported takeover by the Bin Zayed Group while fever-pitch speculation continues to build about the identity of the new boss – not Mourinho, it turns out – how much they'll have to spend and which superstars will be strutting their stuff at St. James' Park next season.

Disappointingly, Kylian Mbappé appears to be off the agenda after some rather optimistic betting patterns emerged.

By the time his Sunderland reign came to an end in November 2011, the Northumberland native was viewed as ‘one of them' – a Geordie. Yet thanks to his time at the Stadium of Light, they do not want to take ownership of the former Manchester United defender.

“People know that I am from Newcastle, I was a Newcastle supporter as a boy and it has been regurgitated since I was a 22-year-old playing for Norwich and Gillingham,” Bruce told The Guardian in 2014. “For that obvious reason every time I am linked with them. It’s very flattering as I’m a Geordie but that’s it.” 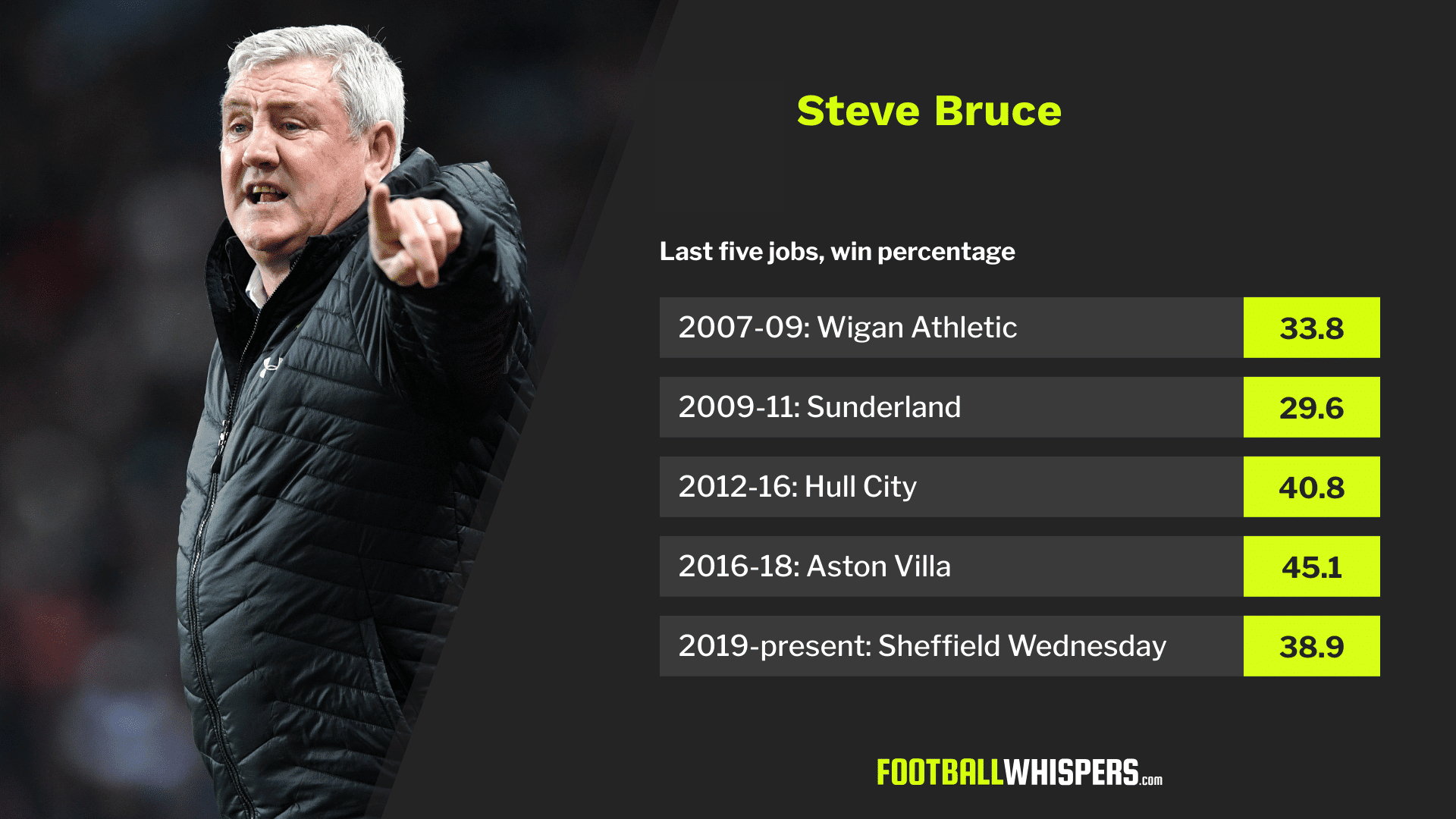 Sunderland have yet to better the 13th or tenth-place finishes secured by Bruce in his two full seasons at the Stadium of Light. Recruiting well with the likes of Stephane Sessegnon, Asamoah Gyan, Lee Cattermole, Darren Bent and Sebastian Larsson his most notable success, there was even talk of Bruce for England.

Martin O'Neill briefly threatened to usurp Bruce but could only manage to equal his achievement of finishing 13th in his first half-season on Wearside before things went south. Paolo Di Canio, Gus Poyet, Dick Advocaat and Sam Allardyce all enjoyed brief success before the Black Cats' luck ran out under David Moyes and they were relegated in 2017.

There was a correlation between their on-field plight and the ever-increasing ambivalence of owner Ellis Short which culminated in their relegation from the Premier League but, equally, there is a cast-iron case they never had it as good as they did under Bruce.

Aside from Sunderland, the 58-year-old has an impressive body of work in the top flight with Birmingham City and Wigan Athletic which has seen him linked with the Newcastle United post at least thrice before – when Graeme Souness was sacked in 2006, Kevin Keegan departed in 2008 and when Alan Pardew left in 2014.

Again, Bruce's recruitment was a success, bringing Wilson Palacios, Hugo Rodallega, Amr Zaki and Maynor Figueroa to the Premier League, as well as getting the best from Emile Heskey, Antonio Valencia and Charles N'Zogbia.

The immediate retort to that would be it was all a long time ago. Which is true.

But after three-and-a-half seasons under Benítez, Newcastle need a steady hand to ensure they do not regress and fall into a relegation battle next season. Bruce is exactly that. Even the new slimline Bruce does not tick the ‘sexy appointment' box but he knows the Premier League as well as anyone and knows what is required to keep a team there; even punching above their weight.

Recruitment has always been a strong suit for the Sheffield Wednesday boss and if the reported Bin Zayed Group takeover doesn't happen, you can be sure Ashley will only offer the new man a limited budget. Every penny counts and Bruce has a track record of turning up gems from all corners of the globe.

Of course, it could all be immaterial if the long-awaited takeover finally comes to fruition, which could even spell a very short spell at the helm for Bruce. But the crushing reality of this appointment is the takeover looks further away than ever as a result.

Bruce will never be popular on Tyneside. But Ashley was only ever going to be shopping in the bargain bin when it came to replacing Benítez and when you look at his track record – Steve McClaren anyone? – he has had far worse ideas in the past.