A look to the league cup standings will show you that neither of these teams have a point as yet. That will change when they face off but who will bag the points? Find out with our Brora Rangers vs Ross County match preview with free tips, predictions and odds mentioned along the way.

Another loss for Brora Rangers

Lower league Brora Rangers were always up against it in group C but even they would have imagined having shown better signs than they have. They've lost three out of three in this competition and are on a five match losing streak across all tournaments. Ross County suffered a big defeat in their only league cup game to date but prior to that they'd been in good form with four wins in as many matches. This will be seen as an opportunity to ensure their loss last time out is just a blip.

We've already touched on the poor form shown by Brora Rangers across their last five. A big part of their problem has been creating and converting chances with four of their five recent defeats ending without a goal to celebrate; in fact, they've netted just once in that time. Given the superiority Ross County have in their squad you'd imagine the trend of failing to net will continue. Ross County have recorded a couple of clean sheets in their last five outings too.

Despite the previous tip suggesting Brora Rangers won't score, we don't believe the match will be lacking goals. Ross County blanked in their loss to Forfar Athletic but prior to that they hit Elgin City for five and had then not failed to score since back in March. Four of their last five matches have gone over 2.5 goals too.

Find the top odds for Brora Rangers vs Ross County

Another tough day for Brora Rangers

Brora Rangers have lost every single one of their three league cup games without scoring a single goal. It means there is growing pressure at both ends of the pitch with Josh Meekings (CB) and James Wallace (ST) needing to deliver something to provide a spark of hope. Ross County had been in good form before being tucked up last time out. You'd expect them to react with a performance here and Jordan White has been in good scoring form since the back end of last season. He'll see this as a good chance to bag goals. 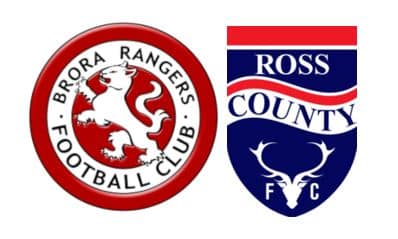