Salzburg claimed a 2-1 win at home against Brondby but still have work to do in the 2nd leg before they can even begin to think about the group stage of this season's Champions League.

We're expecting another tight and tense 90-minutes between these two clubs and have backed the 2nd leg to end in a draw. Brondby have drawn three of their last six matches in all competitions and gave a good account of themselves in Austria last week. Salzburg know that a draw will be good enough to book their place in the group stage so we don't expect the guests to give much away on Wednesday.

Both teams scored when these two sides met last week and we're predicting that there will be goals at both ends of the pitch on Wednesday night as well. Five of Brondby's and four of Salzburg's last six matches in all competitions have ended with both teams getting on the scoreboard.

In terms of a final scoreline, we're backing Wednesday's 2nd leg to end in a 1-1 draw. We've mentioned above our reasons for both teams scoring in this game and why we feel the 2nd leg will end all square. Brondby have drawn a few games of late and we saw how they played against Salzburg in Austria but while a draw isn't good enough for the Danish side to progress, it is the most likely result.

Salzburg had to come from a goal down to secure their 2-1 1st leg victory against Brondby after Uhre had put the visitors in front after just 4-minutes. The home faithful had to wait until the second half before equalising through Adeyemi and the Austrians didn't score the winning goal until the 90th-minute through Aaronson. Brondby will be expected to take the game to Salzburg on Wednesday as they are the side that has to push for a win and we expect the visitors to absorb the majority of the pressure and counterattack their hosts. There should be goals in this game for both clubs and we're backing a draw as the most likely end result, which will suit Salzburg down to the ground. This tie looks set to go all the way down to the final whistle and should be very exciting for the neutrals that tune in to watch the game. 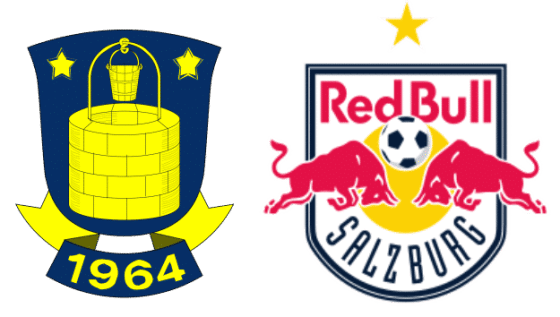