One of the more fascinating – and depressing – trends in British football is the increasing frequency with which young homegrown players are looking to the Bundesliga for the next step in their development.

For all the Premier League's excitement, the rampant commercialisation of the English top tier has led to increased transfer budgets and, naturally, club record deals occurring with frightening regularity.

But this has been a shattering hindrance for the next generation. Promising youth talents, with Jadon Sancho and Reiss Nelson chief among them, are increasingly thinking better of waiting around for the odd chance in a Premier League starting XI while recognising Germany is the ideal environment in which to improve and forge their career.

It's likely to continue this summer, too, and with just a little over two months until the end of season, we have highlighted several young British players likely to become transfer targets for Bundesliga clubs during the summer months.

The clear favourite to leave these shores and head for Germany, Hudson-Odoi has found regular first-team opportunities under Chelsea boss Maurizio Sarri elusive.

The hugely talented 18-year-old became one of the most talked-about teenagers in world football during the January transfer window, having been subject of several bids from Bayern Munich.

Despite wanting to swap Stamford Bridge for Bavaria, Chelsea refused to let Hudson-Odoi leave. But since the window closed, the winger has started just once, starring in the 3-0 Europa League win over Malmö.

Aside from that, ‘CHO' has been restricted to late cameos from the bench. If he doesn't rise up the Blues' pecking order, Bayern seems a likely destination. 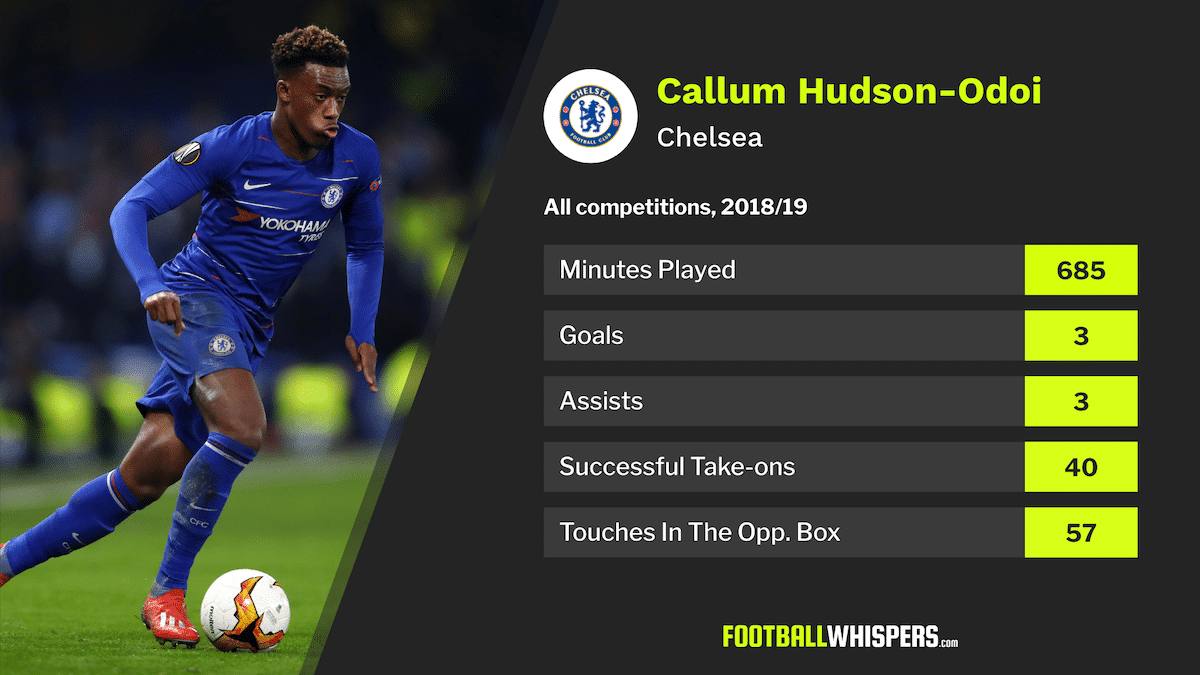 Gray is a funny one. For years, it seems as though he's been on the cusp of greatness. He has certainly offered flashes of brilliance but now, four years into his Leicester City career, he continues to spend his fair share of time on the bench.

Still only 22, Gray is erratic and raw, but undeniably talented. Brendan Rodgers' appointment at Leicester may breathe new life into the winger and help him reach the point at which he is in Gareth Southgate's thinking – despite 22 appearances for the England U21s since 2016, Gray is yet to make his senior international debut.

However, if Rodgers fails to get the best out of him, it's easy to see Gray playing in the Bundesliga, where is searing pace would certainly be a devastating asset for a counter-attacking side.

However, Lookman, who joined the Toffees from Charlton Athletic in 2017, is a determined young forward and rightly saw the Bundesliga as an avenue worth exploring.

The Germans wanted to retain Lookman's services for the current season only for new Everton boss Marco Silva to rule out his departure.

But the landscape has not changed for him on Merseyside, having started only three Premier League games all season, his frustrations compounded by Silva's refusal to place him in the starting XI despite the inconsistent form of those being chosen ahead of him.

Out of favour at Goodison Park, Lookman may seek fresh opportunities abroad once more come the summer.

It's remarkable to think that, until last summer, Wilmot was playing for Stevenage in the fourth tier of the English football ladder.

But the defender-cum-midfielder wasn't sticking around at Broadhall Way for long, snapped up by Watford ahead of the current campaign.

And he has already shown a willingness to broaden his horizons, having joined Udinese on loan in January. That move to Serie A hasn't quite worked out, though, with Wilmot only making his debut for the Zebrette in Friday's 4-1 defeat at champions-elect Juventus.

However, his composure and natural leadership at the back still make him an attractive commodity. If Watford boss Javi Gracia cannot find a place for the 19-year-old at Vicarage Road, Wilmot may jump at the chance of following in the footsteps of former Hornets youth star Sancho. 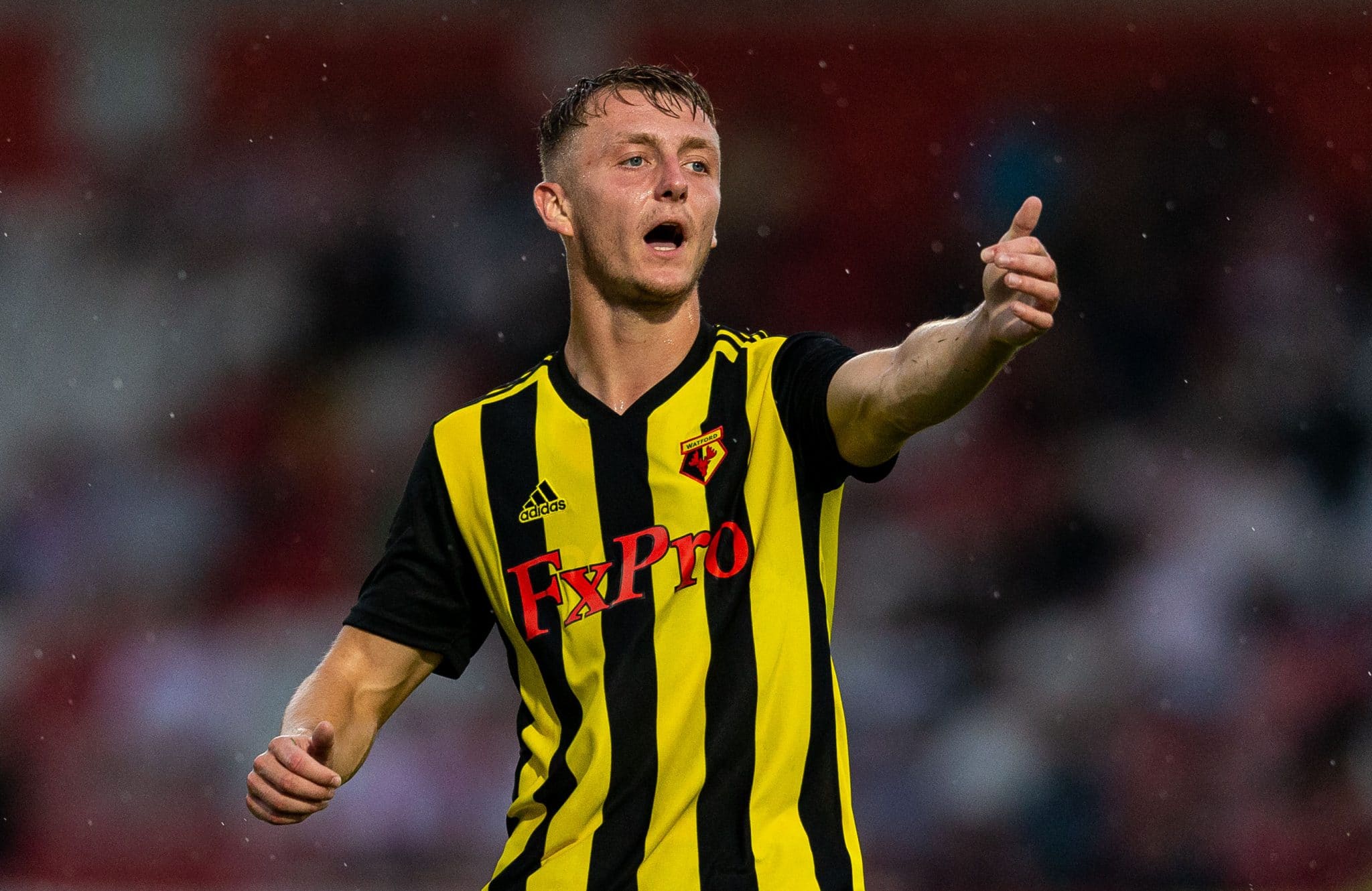 The 19-year-old midfielder is tipped for big things at Arsenal. He was handed his debut by Arsène Wenger last year and has made the most of the limited opportunities to have come his way under Unai Emery.

He found the net and played 90 minutes against Vorskla in the Europa League and added another two senior goals in the Gunners' FA Cup win at Blackpool.

Willock can be deployed either from deep or in a more advanced role in midfield. He partnered Mohamed Elneny astutely in the holding role against Qarabağ but showcased his attacking instincts by making late runs into the box to help see off Blackpool.

Unquestionably gifted, regular starts are not something Emery can guarantee the youngster given the Spaniard's wealth of options in midfield. With that, Willock may push for a loan to the Bundesliga. Fellow Arsenal midfielder Emile Smith Rowe is currently on loan at RB Leipzig.

Another Chelsea-owned player possibly Bundesliga-bound, Abraham is the subject of interest from RB Leipzig, according to reports.

Die Bullen are braced for the departure of star striker Timo Werner this summer, with the Germany international a Bayern Munich and Liverpool transfer target.

With that, the club are seemingly making preparations for post-Werner life and have identified the 21-year-old as the Germany international's possible successor. 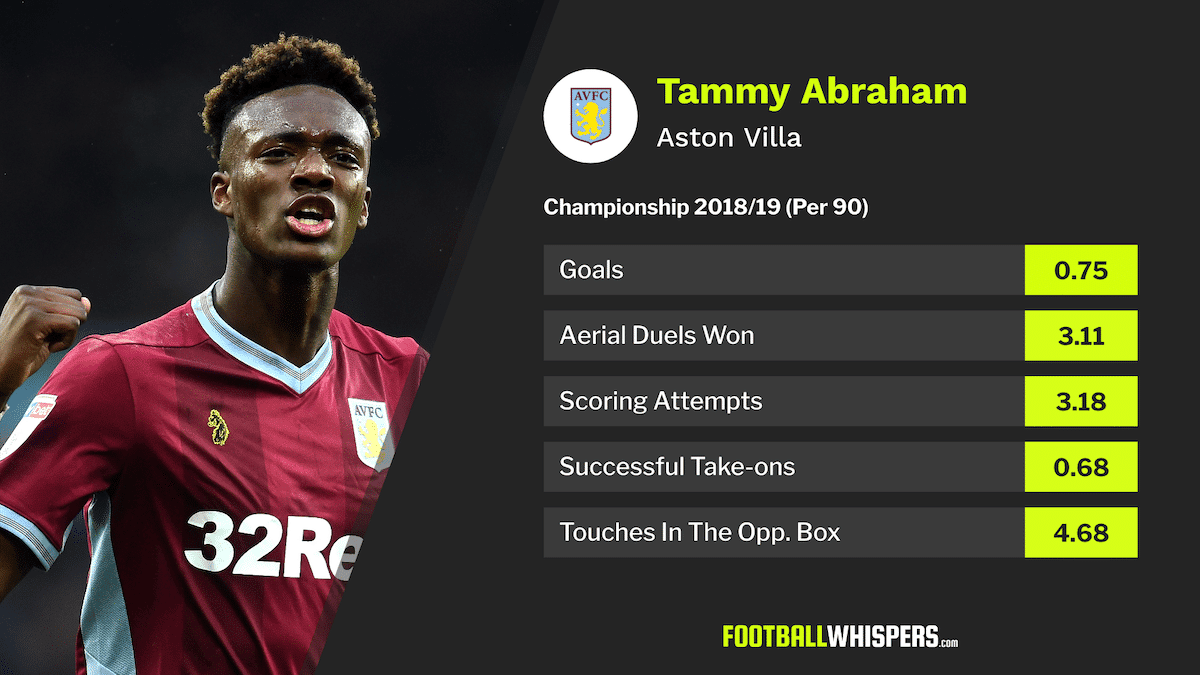 It certainly makes a lot of sense. Leipzig have already found success with Premier League imports while Abraham, who has lit up the Championship on loan at Aston Villa this season, is unlikely to want to stay in the second tier or sit on the bench at Stamford Bridge. .

Abraham may have offers from closer to home, though. A Wolves transfer target in January, it's entirely possible the Black Country outfit will revive interest in him this summer.

Last year, Sessegnon had the world at his feet. The gifted Fulham wide man produced a series of scintillating performances to drive the Cottagers back up to the Premier League, his 15 goals and six assists helping him sweep the end-of-season Championship awards.

But his introduction to the Premier League has not gone as smoothly as hoped. Fulham, despite looking plush back in August after a £100milllion outlay in the summer window, now look set to go straight back down.

And Sessegnon, who spent time out of the line-up under Slaviša Jokanović and Claudio Ranieri, may find an offer from one of Germany's top clubs too tempting to rebuff, especially given the success of his former England underage teammates Sancho and Nelson.

However, with Sessegnon's immense potential, he is likely to come at a premium. Fulham will do everything to convince him his immediate future lies in west London, but they may be powerless if Dortmund, who could use a left-back this summer with Achraf Hakimi (naturally right-sided but has played on the left) only on loan from Real Madrid and Marcel Schmelzer now 31.