Bristol Rovers look to be doomed to League Two but a win against mid-table MK Dons could change that picture very quickly. Can they get that much needed victory? Find out with our Bristol Rovers vs MK Dons match preview with free tips, predictions and odds mentioned along the way.

MK Dons to deliver another nail to the coffin?

Neither of these sides are in what you'd call a rich vein of form but Bristol Rovers are the side in a true state of disarray. They sit six points form safety with just four games to play. Their fans might look on a game against MK Dons as a winnable fixture particularly after they were humbled 4-0 by Lincoln; since then though they managed to bounce back by getting the better of Portsmouth, which will have put a spring in their step. Bristol Rovers have lost three of their last five at home too so they're hardly untouchable and their track record against MK Dons hasn't been great recently; they've lost the last two.

Whatever way you analyse the statistics of these two sides you come to the conclusion that one of them will fail to score in the game. So, what do the stats show? Well, for Bristol Rovers have seen five of their past 10 home matches with at least one zero in the score line. Then you have the MK Dons form; their away form shows six from 10 games has seen at least one side fail to score. Then, finally, there is the head to head matches. The last six have all ended with at least one side blanking with that also the case for eight in the last 10 meetings.

We're not expecting both sides to score, which we detailed in our last prediction. We don't think there will be many goals going in either. Three of Bristol Rovers' last five matches have come in south of 2.5 goals and for MK Dons it's four from five that have seen fewer than three goals. It's not only their recent form that suggests they'll struggle to break the 2.5 benchmark though; five of the last six meetings between the pair have come in with a maximum of two goals in them as well with the one exception being a 3-0 MK Dons win.

Bristol Rovers to be left on the brink

Tick tock, time is running out for Bristol Rovers to keep their place in the third tier of English football. The fact they have a huge motivator should help them against a MK Dons side that are set for the season. It won't work like that though and MK Dons turning over playoff chasing Portsmouth last time out is proof of that. As neutrals it will be fine but Rovers' fans might be watching through cracked fingers. 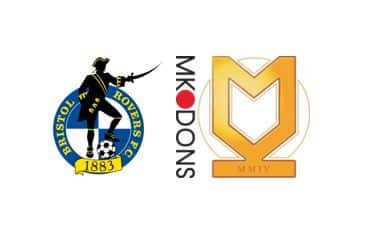