Bristol City have finally ended their winless run and next up is a side that have just one point from three league games. Can Bristol City keep Swansea waiting for that victory? Find out with our Bristol City vs Swansea match preview with free tips, predictions and odds mentioned along the way.

Bristol City vs Swansea: Our picks

Back to back wins for Bristol City

They have just won their first game for literal months and now we're making the prediction that Bristol City win again. The mood in their camp will be absolutely bouncing after beating Reading last time out. It will not be such a happy dressing room for Swansea; they're continuing with their possession rich style but lack a real cutting edge. To cap things off though, Swansea have only beaten Bristol City in one of the last six meetings with the Robins unbeaten in both games last season.

Right, neither of these teams are in a good run of form but you can't argue with their entertainment value to the neutral. Seven of Bristol City's last 10 competitive matches have surpassed the 2.5 mark with a game average of 3.3 goals. For Swansea, four of their past five fixtures have seen at least three goals. Those five matches have served up a total of 14 goals; that's a game average of 2.8 goals.

The first of our tips mention that Swansea are finding it hard to create clear cut chances; that is true. What is also true though is that Bristol City aren't particularly solid at the back; they've conceded in each of their last nine competitive matches. The good news is that they've also found the net in each of those matches too. As for Swansea, both teams have scored in three of their last five. The h2h record reads well too; both teams netted in both games last year.

Find the best betting odds for Bristol City vs Swansea

Swansea might be easy on the eye with the fact they're dominating the ball in their early season matches but, sooner or later, they're going to need to grab results. For them, Bristol City have broken their winless run at the wrong time with momentum well and truly in the home camp. It's not just winning the game that will be a boost to Bristol City either; the victory also saw a return to goal scoring for Andreas Weimann who scored a brace against Reading. The Swansea backline will need to ensure they don't dally too long in possession.

FAQ for Bristol City vs Swansea 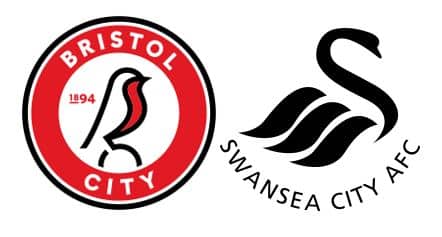