Luton Town are winless from four competitive games so far this season; can they get off the mark here? Find out with our Bristol City vs Luton Town match preview with free tips, predictions and odds mentioned along the way.

It will end in a draw

Bristol City's only win this season came in the Carabao Cup, and that win was on the road; they have no wins in three league games played so far, with a draw and two losses. Like Bristol City, Luton Town have no wins in the Championship so far; they accumulated a total of two points from a possible nine. Both teams have gotten off to a slow start to their respective campaigns; as they have no wins in the Championship so far. With that in mind, we believe their respective winless streaks will continue today, with both teams sharing the spoils at the end of this match.

Neither of these teams have yet recorded a league win this season – although Bristol City won in the EFL Cup in the week – meaning both are towards the bottom of the Championship table. If they're to avoid that continuing too much longer then they need to start chalking up wins. Can one of them get started here?

Bristol City followed their impressive 4:1 victory at Coventry with a one-all draw at Wigan; that draw gave the Robins their first point of the season. Nigel Pearson's men will take on Luton Town on Tuesday; they'll fancy their chances against the Hatters.

Luton Town's form has gotten gradually worse over the course of their season; they started their campaign with back-to-back draws, but have lost two from two since then. Luton Town will hope for different results as they make the trip to Ashton Gate; can they snap their rotting streak here?

A quickfire FAQ on Bristol City vs Luton Town 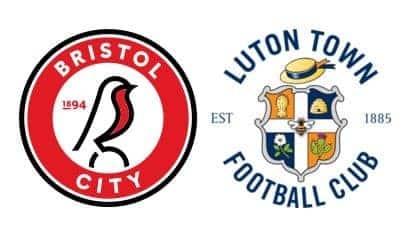