The Bristol City vs Luton duel is one of the closest in this Championship round. If you want to know more about this game, check our in-depth preview and free betting predictions for it.

Our best betting tips for Bristol City vs Luton

You can find some of the best Championship betting tips right here on our website, including our favourite predictions for the Bristol City vs Luton matchup:

Bristol City and Luton to Draw

The two teams enter this game with the same number of points and in similar form, so we expect to see a very close duel and our prediction is for the match to end in a draw. That being said, we haven't seen a draw in any of the last five h2h duels between these two teams, but traditions are there to be broken, right?

Bristol City and Luton to Draw at Half Time

Since we expect this game to end in a draw, we also expect the teams to be even at half time. After all, most matches that end in a draw are also draws at half time. However, only one of the previous five duels between Bristol City and Luton have been equal at half time, so take our prediction with a grain of salt since it's far from being a lock.

The best odds, stats, and more for Bristol City vs Luton

If you want to bet on the best Bristol City vs Luton odds, check our list of odds chosen from the best UK bookies:

The newly promoted team is holding up well in the Championship after the first six rounds with two wins, two draws, and two losses. So, it will be very interesting to see how Bristol City can fare over the course of the entire season. For now, they don't seem like a relegation candidate, although it's too early to tell. Conwey will miss the upcoming match with Luton due to injury, while a few more players are questionable at the moment.

After a mid-table finish last season in the league, Luton seems on course to repeat the same result this year as well. In the first six rounds, Luton managed to win twice, draw twice, and lose two games – just like their next opponent in the league. So, this match should be a close one, especially at this time. Another positive for Luton is the short injury list, with only Clark bound to miss the upcoming duel with Bristol City. 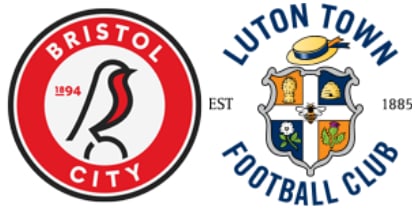