Fulham might be second in the table but after losing two – and another cup match on penalties – in their last five the positive vibes are slipping away. Can they get back on the winning trail here? Find out with our Bristol City vs Fulham match preview with free tips, predictions and odds mentioned along the way.

Fulham to get back to winning ways

Fulham have only recorded two wins in their last five games compared to Bristol City who have only lost the solitary game in the same period of time. Despite that contrasting form, we are making the prediction of an away win here. Bristol City have won a couple of matches of late but they're yet to win a match at home this season and have won just one at Ashton Gate in their last 10 – that was a pre-season friendly. Fulham's form struggles has been at home as well. Away from home, Fulham have been in great form with four wins in their last five.

For our second tip we're backing under 2.5 total goals. Fulham's recent results are the one aspect of the stats that cast doubt on such a prediction with just two of their past five games coming in under 2.5 goals. Even then, their game average in that period is 2.4 goals. Bristol City's results have been under 2.5 goals in three of the last five games. Again, their game average is also telling the right story at just 1.8. Finally, you have the h2h records to consider; four of the last five meetings have seen a maximum of two goals.

Mitrovic to prove the difference?

There are a few players in the Championship that have proven themselves at the level above and one of them is Aleksander Mitrovic; his goals will be critical to Fulham's promotion charge. Already this season he's bagged six goals and he has two in his last two appearances. To further demonstrate Mitrovic's form, the Serbian also bagged two goals in as many games whilst away with his country at the start of this month. If Bristol City want a result from this match, they'll need to keep him under a close watch but that's easier said than done.

The best odds for Bristol City vs Fulham

Fulham's quality to shine through

Bristol City's form might have improved of late but there are still big question marks over the quality they produce on their own patch. The visit of Fulham is as tough as they come too and they'll need a big defensive effort to get anything. Tomas Kalas – a Czech international – will be key to that. For Fulham, an away day might be just what they need after a few disappointing results at home. Mitrovic is obviously a huge player for the Cottagers but Jean Michael Seri and Nathaniel Chalobah will be tasked with bossing the midfield battle. 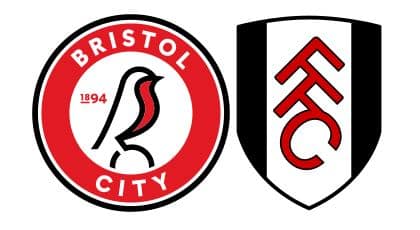