Below, you can read all about the Bristol City vs Brentford predictions and odds for their next head-to-head fixture on Saturday.

The Championship betting experts that went through the match data for Bristol City vs Brentford recommended the following betting tips.

Our recommended bookmaker for this match is Ladbrokes. Before placing any wagers on the bookmaker page, you need to make sure that the odds haven't changed, if they are updated, decide if you still want to place the bet with the new prices.

Bristol City managed to achieve a BTTS situation in five of the last six games they played, even though they didn't win any of them. They have 44% BTTS games in the Championship, while Brentford is leading them with 53% BTTS games in the entire season.

Ivan Toney is the EFL Championship's top scorer with thirty goals and ten assists. He also scored a goal in four of the last ten games he played in, which says he is in excellent form. He will most likely take the Golden Boot this year if Teemu Pukki of Norwich doesn't grab the first place being only four goals behind.

Statistics and Head-to-Head Data for Bristol City vs Brentford

In the tables below, you can see the latest matches for both teams, the scores, their opponents, and the recent matches they played against each other.

Brentford is only four points behind Watford and is fighting hard for the second automatic promotion slot. If they win against Bristol City, which will most likely happen, they will be one step closer to achieving their promotion goal. Of course, it wouldn't hurt if Watford loses their next game. They have four injured players, including Henrik Dalsgaard.

Bristol City has only two injuries to speak of – midfielder Hakeeb Adelakun and forward Andreas Weimann, who has been missing for more than ten Championship games already. 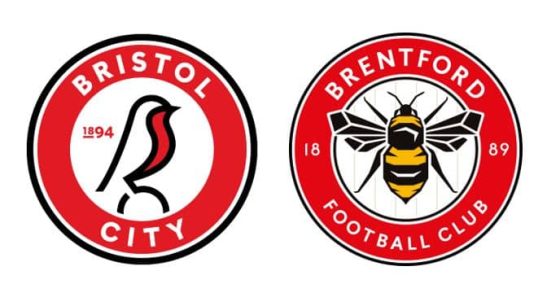 Questions & Answers Regarding the Bristol City vs Brentford Match