Bournemouth are sitting pretty at the top of the league as of the time of writing. Another win here would strengthen their grip on those automatic promotion places. Can Bristol City frustrate the Cherries? Find out with our Bristol City vs Bournemouth match preview with free tips, predictions and odds mentioned along the way.

Bristol City vs Bournemouth: Our Tips

Backing a draw in football predictions is never the safe thing to do so when you see that Bournemouth have won five of their last six you might label us bonkers. That's okay. We're not bonkers, we have a logic. What is it? Well, rewind to March and Bournemouth won this fixture 2-1 but only courtesy of a late goal. The match prior to that ended all square. Then you have current form. Yes, Bournemouth have been winning plenty of games. They've also had a nice run of home fixtures; on the road they've drawn two of their last three. Then you have Bristol City; they've been tough to beat but pick up too many draws. Four of their last five home games – including the last three – have all been tied. The Robins would like to start getting more wins on the board no doubt but against Bournemouth? A point in the pocket will do very nice.

A look to the odds will tell you the bookies aren't exactly convinced on the both teams to score outcome. We, however, are confident both sides will bet. Bournemouth have seen both sides score in three of their last five games. For Bristol City they've seen four of the last five end with both teams having conceded. That's also true in three of the five head to head meetings.

If you look at the general form of these sides then you probably narrowly lean towards a bet of over 2.5 goals. That's not what we're suggesting though. Instead, we're backing under 2.5 with odds that we believe offer decent value. How have we come to that conclusion? Well, Bristol City have gone under 2.5 in each of their last five home games with an average of just 1.4 goals. Bournemouth's away form is lacking goals too; they've gone under 2.5 in their last four league away games with a total of just three goals across those four matches.

Find the best odds for Bristol City vs Bournemouth

Bristol City are sitting not too far from the playoffs but draws are killing them at the moment; they need to start winning games to build genuine bridges to those above them. In Chris Martin and Andreas Weimann they have Championship know in attack; the Robins will be hoping the ‘old boys' can cause problems. Talking of causing problems, Bournemouth will give Bristol City plenty to worry about. The Championship leaders have Dominic Solanke and Phil Billing in their side. Not only are the duo decent players but they're probably playing the best football of their careers right now.

FAQ on Bristol City vs Bournemouth 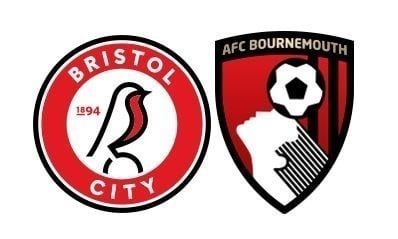