Bristol City finished three places above the relegation zone last season and will be hoping to see an improvement this time around, starting with a win against Blackpool on Saturday. The Tangerines make their return to the Championship this season and their only goal this season is survival.

Our Three Predictions for Bristol City vs Blackpool

We're not expecting many goals in this game as four of the duo's last six encounters have produced under 2.5 goals. Under 2.5 goals have also been scored in each of Blackpool's last three outings and Bristol City have kept clean sheets in three of their last six matches, suggesting that the visitors might well struggle for goalscoring opportunities in this game.

The last time these two sides met they produced a goalless draw and we can't see both teams getting on the scoreboard this weekend either. That doesn't mean we don't see one side scoring, though, Bristol City have been finding the back of the net on a regular basis of late, scoring 11-goals in their last six matches and keeping three clean sheets in the process.

Bristol City disappointed last season, finishing far too close to the relegation zone for their own comfort. Saturday's hosts will be determined to get off to a positive start to the new campaign and they have a great chance against one of the division's newly-promoted clubs. The Robins lost their last pre-season friendly against Aston Villa 3-0 but did secure a 4-0 win against Exeter, a 3-1 win over MK Dons and a goalless draw with Celtic. Andreas Weimann is the only injury concern for the hosts this weekend with the Austrian expected to return from his ACL injury very soon.

Blackpool will be one of the favourites to go straight back down this season but this is a club that have been here before, and beyond, so you can't write them off. The Tangerines followed up their 1-0 defeat to Burnley with a 1-1 draw against Morecambe last time out and we're not convinced they have what it takes to upset the odds this weekend and beat Bristol City in their own backyard.

Your Questions – Bristol City vs Blackpool 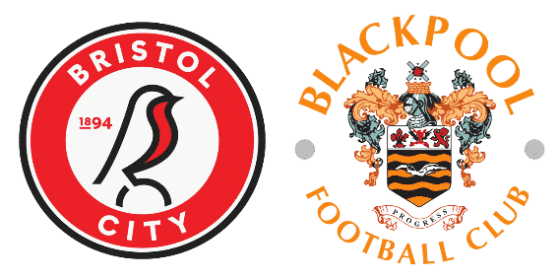