The fact that just seven points separate Blackburn in a promotion race and Bristol City in a relegation fight is testament to how tight the Championship is right now. A win for either team would be big for different reasons; who will get the three points? Find out with our Bristol City vs Blackburn match preview with free tips, predictions and odds mentioned along the way.

Bristol City vs Blackburn: A trio of free tips

Blackburn to be too strong

Despite league positions this game is not straightforward to call. We are backing a Blackburn win though and here are the reasons why. Firstly, Bristol City have managed just one win in their last five games losing the other four; it's been a problem all season though because the Robins have won just once in their own patch. Blackburn meanwhile have won three of their last five games; their away form isn't phenomenal though with just two wins in eight games on the road. Both teams have enjoyed a few draws this season but the clincher for an away win here is the fact that prior to the international break Blackburn won their second away game of the campaign; it could be the catalyst that improves their form away from home.

An over 2.5 goals bet looks like a sensible wager given the recent form both Bristol City and Blackburn have shown in recent weeks. Each of Bristol City's last five have gone over the 2.5 mark with a total of 17 goals scored; that's an average of 3.4 per game. Blackburn have gone over 2.5 in their last three having seen a total of 14 goals hit the net; that's a game average of 4.7 goals. Now that Blackburn form does include the 7-0 hammering they suffered against Fulham but even their season long average sits at 3.2.

Only Fulham's Aleksander Mitrovic has more goals than Blackburn man Ben Brereton Diaz in the Championship this season; we are backing the Chilean international to score again here. He already has 13 goals for the season and his form heading into the international break was good too as he netted three goals in three games. Given Bristol City have the third worst defensive record in the league Brereton Diaz will be rubbing his hands together; the Robins back line will be having sleepless nights.

Find the best odds for Bristol City vs Blackburn

Blackburn could have seen their early season form crumble off the back of their 7-0 thrashing to Fulham but bounced back to convincing beat Sheffield United; it was a show of quality and character. They remain in the playoff hunt and with our goal scorer tip Ben Brereton Diaz leading the way they have a real chance. Sam Gallagher has impressed too and could be back in contention after missing the last two games. For Bristol City, things are not great with the club down in 19th. Andreas Weimann gives them a goal threat but they need the likes of Tomas Kalas to step up at the back.

FAQ on Bristol City vs Blackburn 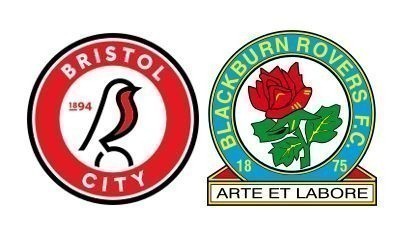