Bristol City vs Barnsley: Our Tips

We kick off our predictions by backing Bristol City to win. They've lost four of their past five matches but did win the other. They've also won three of their last 10. We know it's hardly impressive form but it is better than their visitors who are now winless in 12 and have lost six on the bounce. Barnsley would kill to have three wins! Better form and home advantage makes a Bristol City win look more likely. Much more likely, in fact.

Next up in our list of tips is an over 2.5 total goals prediction. You can argue the toss both ways with this market but the value of the odds lays with the over. Bristol City have gone over 2.5 goals in three of their last five matches with an average of 2.8 goals per game in that period. Barnsley have only gone over the 2.5 threshold on two occasions in their past five outings but their game average of 2.6 is decent for the purposes of this bet. Three of the last five head to head meetings have gone over 2.5 as well.

Both teams to score goals

Last but not least we close with a both teams to score bet and we are anticipating that both Bristol City and Barnsley find the back of the net in this game. Now, Bristol City have scored 15 goals in 14 games to date giving them an average of more than one goal scored per game but Barnsley have only netted nine, which is obviously under one per game. The deciding factor for backing ‘yes' rather than ‘no' in this market comes courtesy of the defensive records of both teams. Both have conceded 20 goals this season!

Find the best odds for Bristol City vs Barnsley

Bristol City are in desperate need of a win after losing four of their last five. It looks like being a tough season ahead and they'll need every bit of experience in their squad to turn the tide. A key man for doing that will be Chris Martin; he already has four goals to his name, which is double what he managed last year. As for Barnsley, well, things look awful. If they lose this match and Derby win their game on Saturday then the Rams will leapfrog them on goal difference; that's bonkers when you consider the points deduction that has been dished out! Markus Schopp does have a few injuries he can point to in Carlton Morris, Josh Benson and Aapo Halme. Regardless they need to find something soon! 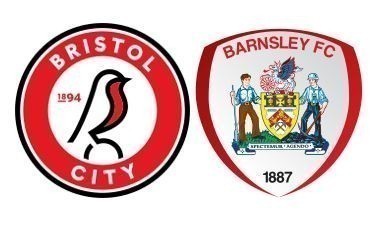