There are two ways to react to Gennaro Gattuso’s recent comments about Tiemoué Bakayoko, who is spending the season on loan at Milan. Either you laugh or wince hard.

“He must learn some basic things like how to receive the ball,” the Rossoneri manager told Corriere dello Sport. “One week is not enough to fix the flaws.”

Other English outlets translated the sentence as one week not being long enough to remove the “defects of a player”. Ouch.

So it's clear that Chelsea fans aren’t alone in wondering what went wrong with Bakayoko, who had such a burgeoning reputation when he was at Monaco. Was that all just a mirage?

There were three things Bakayoko mainly did at Monaco. Defensive work, simple passes and dribbling.

His defensive activity and the amount of passes he played means that his dribbles get swamped in his Football Whispers‘ player persona radar, which highlights the stylistic traits of a player. But it shouldn’t be ignored. Out of Ligue 1’s defensive midfielders during the 2016/17 campaign, he made the second-most dribbles per 90 minutes (2.35).

Bakayoko and Fabinho formed a formidable duo in the centre of midfield, both basically used as a base to win the ball and spark attacks by either driving forward or handing the ball over to one of the team’s more creative players.

As far as creativity itself went, or even just advancing the ball through passing, it wasn’t Bakayoko’s job.

This gives you an idea of Bakayoko’s usual position on the pitch for Monaco in 2016/17; quite deep and with a general requirement, or ability, to occasionally pass the ball forward.

Fast forward to 2017/18 and, after £40million changing hands, the midfielder is at Chelsea, playing, on the surface, a similar role.

His defensive and passing numbers decreased marginally, while his attacking actions increased slightly, but his player persona shares a big similarity to the one at Monaco.

But the team around Bakayoko had changed drastically. Not only did Chelsea see more of the ball than Monaco, but Antonio Conte’s 3-4-3 made the centre of midfield much larger.

This was a problem for two reasons. The first is that Bakayoko could no longer easily offload the ball to more attacking players with simple sideways passes.

And the second is that the change of styles made it harder for the midfielder to do his signature tackle.

If you watch enough of Bakayoko, you’ll see one action repeated over and over again, with only slight differences between each repeated situation.

The Frenchman arrives on the shoulder of an opponent – either as they’re dribbling or when they’ve just received the ball – and he forces his leg across them at just the right moment, using the rest of his body to ease them away from the ball.

Bakayoko’s defensive qualities aren’t those of a traditional defensive midfielder, who watches the play in front of them and goes in for an attack-stopping crunching tackle as the opposing forward rushes towards them. He’s far more of an opportunist than that.

At Chelsea – whether due to the extra space in midfield or extra strength of opponents – Bakayoko seemed to find his signature move harder to come by.

Below, in a match against Bournemouth, he has an opportunity to put it into action. But Jordon Ibe, far from the strongest in the Premier League, holds him off, offloads the ball and the Cherries rush up the pitch. 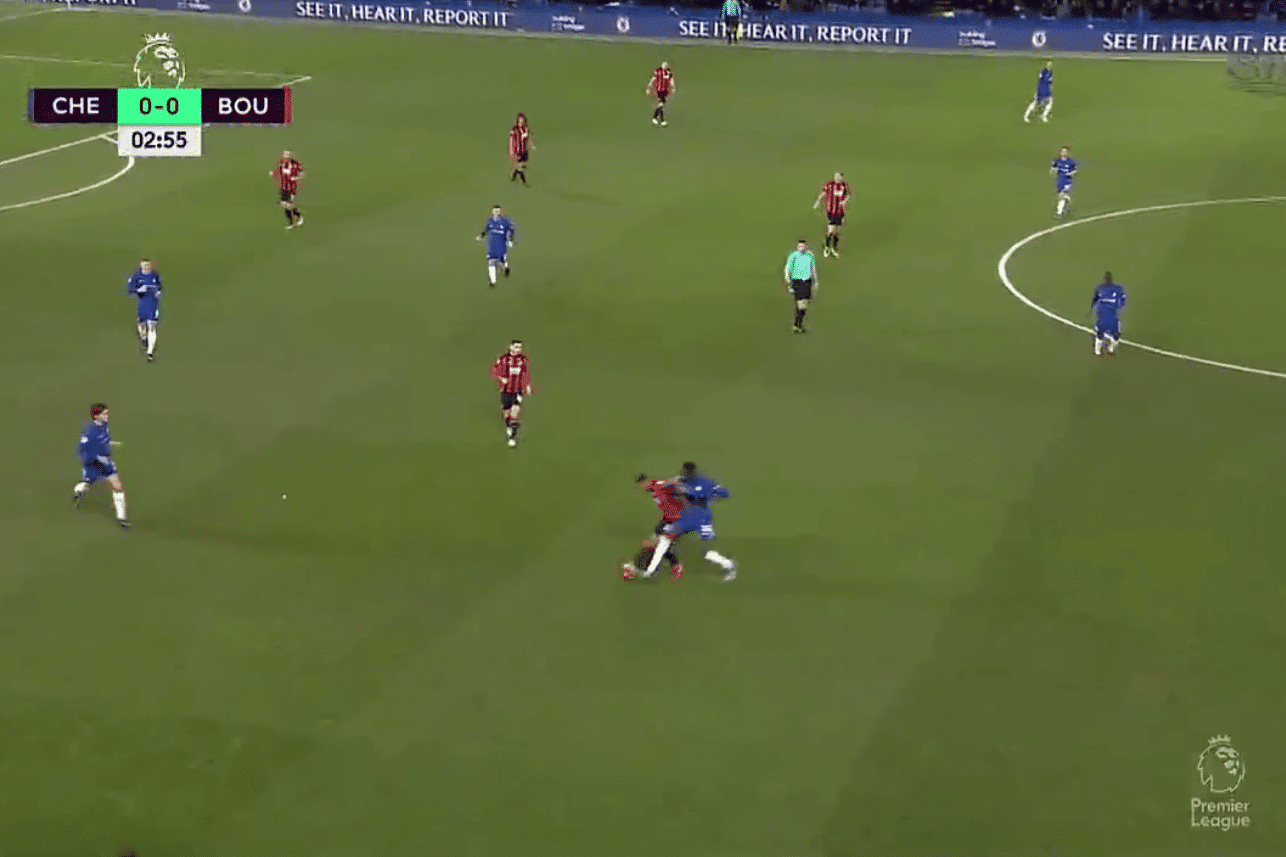 So without the right conditions for him to be as strong a defensive player as he had been in France, Bakayoko would have to add to the attack to justify his inclusion in the line-up.

But with Chelsea generally swamped in central midfield because of their 3-4-3 shape, it was harder for him to act as the ball-carrier he had been at Monaco; his close control was also never one of his stronger points.

And this season, given Gattuso’s Milan are making the third-most passes in Serie A, it's hardly surprising the Frenchman isn’t a good fit.

So what happened to Tiemoué Bakayoko? He was taken out of an environment where he could excel and dropped into midfields he plainly isn’t suited for. It's really that simple.