You may have noticed an addition to the ‘Match Stats’ graphic as managers are interviewed in Match of the Day’s post-highlights segments: expected goals. Equally, you might not have as the graphic itself is so fleeting that even the most ardent supporters of the mathematisation of football might have failed to notice it. The revolution has begun not with a bang, but with a pin-drop.

Although its appearance is nonetheless a victory for proponents of football analytics, the real challenge is not convincing fans off-the-pitch, but on it. Arsène Wenger’s repeated references over the last few years to “expected goals” might have made more of a splash had they been made beside a Premier League trophy that he had just won, for instance.

The most famous parallel is the story told in Michael Lewis’ Moneyball, popularised by the film featuring Brad Pitt and Jonah Hill in 2011. The story goes that Oakland Athletics, an American baseball team, managed to find value through their innovative use of ‘sabermetrics’ (analytics), significantly outperforming their operating budget doing so.

Unlike in America, sports betting is completely legal in the countries that football is most popular, and it is the professional bettors who are secretly making the real advancements. While it may take years to convince traditional football institutions to change, it is much easier to craft new ones, and this is exactly what the owners of Brentford and Brighton and Hove Albion, Matthew Benham and Tony Bloom, have done. Benham’s Smartodds and Bloom’s Star Lizard have already proven the value of their methods in their ability to extract profit from bookmakers by predicting results better than them. Now, they are translating those successes into the actual game.

Much has been made of Brentford’s methods, mainly due to their willingness to publicise them. This week, a book claiming to be ‘football’s answer to Baseball’s Moneyball’ was released, The Football Code, focusing on the club’s use of expected goals in its decision making. Few, however, have lauded Brighton, the team who managed to get automatically promoted from the Championship last season despite having only the ninth-largest revenue the season before.

“Moneyball wasn’t a data thing, it’s about understanding,” said Rory Campbell, former technical director at West Ham United, to the Independent in a recent interview. “It is about having an objective strategy, understanding where we are, where the inefficiencies are, and how to bridge that gap.”

If exploiting inefficiencies is the motto of a real Moneyball team, then Brighton’s summer transfer window was as Moneyball as it gets. One such inefficiency is the clamour for Premier League experience. Theory goes that a player who has already performed for one team in the league is more likely to replicate that than if he came from another league. While Championship or Austrian Bundesliga players are indeed likely to perform less well than in the Premier League, this effect is often as unpredictable as it is intuitive.

Recent examples of the slippery slope of such logic include Wilfried Bony’s transfer to Manchester City, Yannick Bolasie’s to Everton, and Marko Arnautović’s to West Ham. Or, for the counterfactual, consider that Liverpool have paid upwards of £60million for Sadio Mané and Mohamed Salah over the last two seasons. Both profiled well enough in Austria and Switzerland respectively to justify interest at under half the price – indeed, Salah was bought straight from Basel by Chelsea amidst interest from Liverpool, who were then not confident enough to reignite their interest before a stellar season at Roma allowed the Italian club to double their money. Liverpool may have a strategy, and they are almost certainly using analytics, but they are not exploiting inefficiencies. They do not need to.

Brighton, on the other hand, are uninterested in the lack of value in the domestic market, and have actively bought from the European market where there is a higher bang for your buck. According to Transfermarkt, Swansea City have spent roughly £45million this window, receiving three first team players permanently and two on loan. Brighton, however, have only spent roughly £42million, but have signed eight first-team players on permanent deals, as well as taking two players on loan. 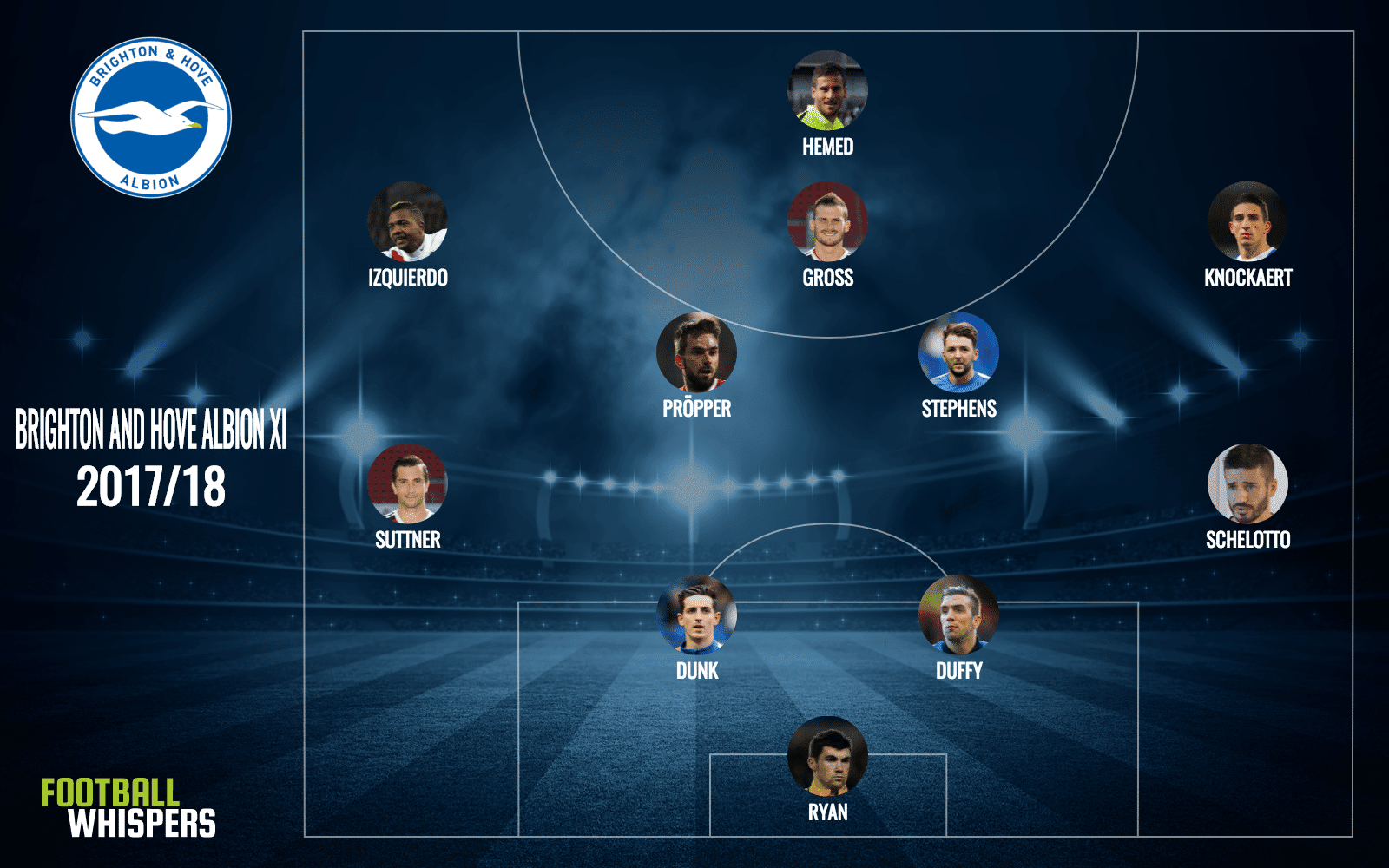 In particular, José Izquierdo and Pascal Groß, who scored the club’s first two goals in the Premier League this weekend, are smart signings. Izquierdo, a ferociously fast Colombian winger or second striker, is only 25. He scored 14 goals in the Jupiler Pro League last season, roughly one for each million of pounds it cost to secure his services. To put that in perspective, West Bromwich Albion reportedly wanted twice that much for their wantaway 28-year-old forward, Nacer Chadli. Groß, who only cost around £3million, is a renowned set piece expert and, at 26, is entering the peak of his career. These players are likely to cost significantly less in wages than Premier League players of similar ability, while their resale value is potentially huge with one ‘good’ season adding the mythical ‘Premier League experience’ necessary for a less brave club to take a chance.

Pundits such as Paul Merson have criticised Brighton’s transfer activity using the same old cliches, saying: “I look through the list of signings and I don’t really know any of them.” Luckily for the club’s new players, whether or not Merson has heard of someone is not a great predictor of their future performance. The metrics that Bloom and co have developed at Star Lizard are likely to be far better, though it may take the club managing to stay up for football to truly have its own Oakland Athletics.