Both Brighton and Watford began the 2021/22 campaign with a victory but at least one of these two sides will lose their 100% record on Saturday evening. Both teams were involved in high-scoring games last weekend, so we have high hopes for an entertaining 90-minutes at the AmEx. Read all our tips for this Premier League clash below.

Three of the last six league meetings between these two clubs have ended in stalemates, including the duo's last encounter back in 2020 which ended 1-1. Brighton have only won two of their last six matches in all competitions and Watford have only secured one win in their last five outings, so you can see why we're leaning towards a draw on Saturday.

Both teams scored when these two sides last met and we're expecting more of the same from the pair this weekend. Three of Brighton's last six fixtures have ended with both teams finding the back of the net and the same can be said for four of Watford's last five matches. Both teams have only managed to keep one clean sheet in their last five attempts, so there is a great chance that there will be goals in this game for both clubs.

We're very hopeful that there will be a decent amount of goals in this game, especially given the fact that Brighton won 2-1 last time out and Watford won 3-2. We're backing 2-4 goals to be scored in this weekend's clash as that has been the case on five of Brighton's last six matches and three of Watford's last five fixtures.

Goals expected as the Seagulls play host to the Hornets

Brighton went 1-0 down at Turf Moor early on but recovered really well in the second forty-five to secure all 3pts. Maupay and Mac Allister scored the all-important goals within a 5-minute period in which the Seagulls took control of their game against Burnley. The hosts will be without the services of Wellbeck and Lamptey due to injury, but Veltman, Burn and Scherpen could return following a period of self-isolation.

Joao Pedro looks set to miss out once again this weekend as the Brazilian continues to recover from a knee injury, while Josh King and Nathaniel Chalobah could return to the squad. Watford put in a great performance against Aston Villa last week and found themselves 3-0 up after 67-minutes. Dennis, Sarr and Hernandez all got on the scoreboard before Aston Villa threatened a late comeback through goals from McGinn and Ings. Everything points towards another entertaining 90-minutes when Brighton and Watford clash on Saturday. 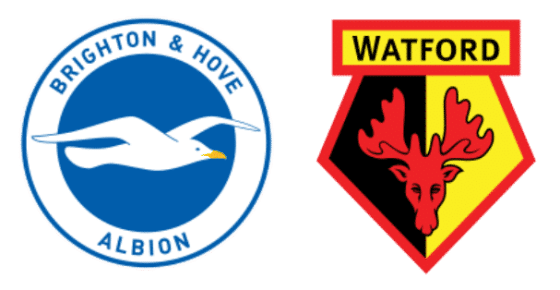