Newcastle will be hoping to end their winless start to the 2021/22 Premier League this weekend but face a tricky trip to Brighton. The host's good form appears to have come to an end and the Seagulls are aiming to end their own winless run on Saturday evening.

Our Free Predictions for Brighton vs Newcastle

Here are our predictions for Brighton vs Newcastle.

Brighton have made a great start to the new season and even though their form has dipped of late, we're backing the home side to beat Newcastle on Saturday. The Seagulls have won three of their last six league meetings with the Magpies, including home and away last season, and Newcastle head into this game without a win in their opening ten fixtures.

We can see both teams getting on the scoreboard this weekend as both Brighton and Newcastle have found clean sheets hard to come by of late. Both teams have scored in four of Brighton's last six outings in all competitions, while five of Newcastle's last six league games have also produced goals at both ends of the pitch.

At least three goals were scored in each of the last two league meetings between these two sides last season, both of which were won by Brighton. The home side's last three games have featured over 2.5 goals as have three of Newcastle's last four outings, so you can see just why we're backing three or more goals to be scored in Saturday's late kick-off in the Premier League.

Brighton vs Newcastle: The Stats and Odds

Brighton made the trip to Liverpool last weekend and managed to come away with a share of the spoils thanks to an impressive comeback. Liverpool went 2-0 up inside the opening 25-minutes but shortly before the break Mwepu pulled a goal back for the Seagulls. Brighton played really well in the second half and managed to draw level in the 65th-minute through Trossard after good work from former Liverpool midfielder Lallana. The game ended 2-2 and it was the Brighton fans that were left cheering the loudest at the final whistle.

Newcastle made themselves hard to break down at home to Chelsea last time out but once the visitors took the lead through James in the 65th-minute, the hosts seemed to give up and went on to concede two more goals before the referee blew the final whistle. Not much has changed since Bruce left Newcastle last month and the club remain winless in the relegation zone and are in desperate need of a new leader.

Newcastle: Elliott Anderson, Paul Dummett and Freddie Woodman are expected to miss the trip to the south coast due to injury.

FAQ about Brighton vs Newcastle 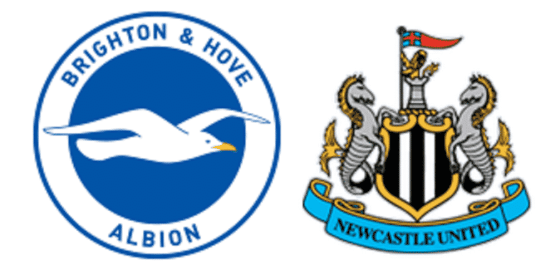