Manchester United had hoped they could reduce the gap to their city rivals this season, but on Sunday, both Brighton and Hove Albion and Pep Guardiola’s men had other ideas.

Just before kick off at the Amex, City’s 6-1 victory at the Etihad was confirmed and then goals from Glenn Murray, Shane Duffy and Pascal Groß handed the Seagulls a comfortable half-time lead and saw the south coast side run out 3-2 winners.

José Mourinho would have been fuming after two defensive errors saw his team go 2-0 down in quick succession. Romelu Lukaku grabbed one back 10 minutes before the break, but the away sides woes were confirmed moments before the interval.

Eric Bailly, caught out of position, raced back to get a challenge in on the German midfielder, the centre-back brought him down and the Brighton man dusted himself down to tuck away the penalty.

The home side played the second half perfectly, kept the visitors at bay and reduced them to long balls and pot shots. Paul Pogba's injury time penalty helped the scoreline look less damaging, but the south coast side were worth of all three points.

As the transfer window closed and none of the names Mourinho had marked out as potential signings arrived to strengthen the defence, the spotlight was always going to shine bright on the back four.

On Sunday afternoon, Brighton took a huge microscope to United’s centre-backs and the results were poor.

For the opening goal, you can argue Ashley Young should have done better down the right, but once Eric Bailly was dragged out of position, Viktor Lindelöf was unable to cover the near post and it allowed Murray to get the all important touch.

Both are good players, they have room to grow and develop, but together, they are not at a level to carry a Manchester United defence.

Just minutes later and the Seagulls took advantage of uncertainty at the back. United failed to clear a corner, a great first touch from Duffy took the ball on to his left-foot and the centre-back finished past David De Gea.

Bailly’s lack of composure and positioning ability was there to see for the tackle which gave away the penalty for Brighton’s third.

One of the biggest issues for Mourinho to solve this season is who are the two best centre-backs to form a partnership, from the evidence on Sunday, it won’t be Bailly or Lindelöf.

Playing three at the back could be the answer, giving the wing-backs more protection and maybe three will be better than two in the middle, but there are no guarantees.

No spark in midfield 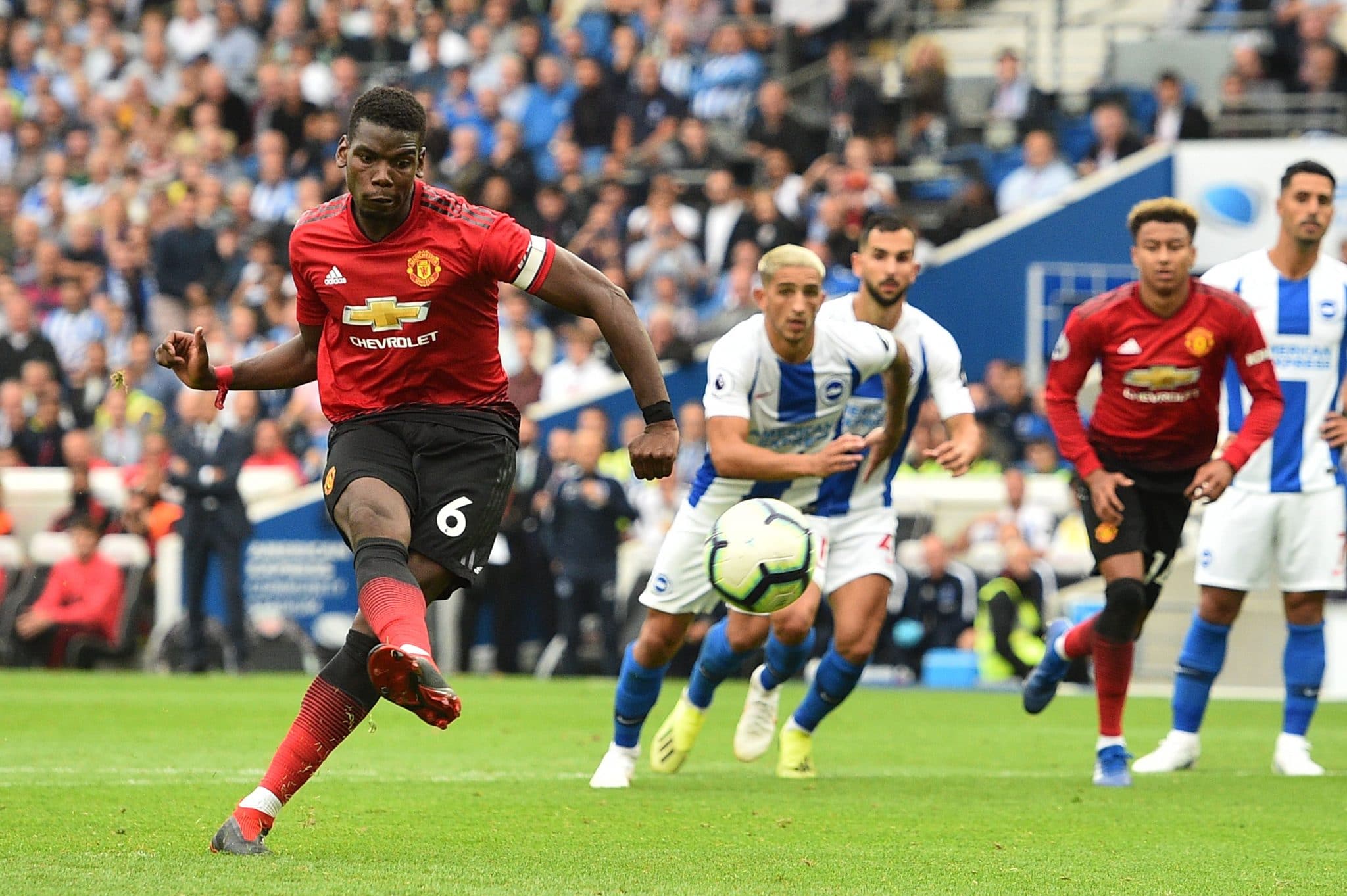 Manchester United fans will be well aware this is not their first-choice midfield. Paul Pogba will not be fully rested after the World Cup, plus a summer of speculation suggesting he is unhappy and looking for a way out won't have helped.

Andreas Pereira, although developing well and earning a call-up to the Brazil team, is far from the finish product and Fred, after joining from Shakhtar Donetsk, needs time to settle and adapt.

All three had their issues on Sunday. Sloppy play, failing to track runners and lazy over the top passes were all the trio could really muster against Brighton.

“The truth is we have been together for two years, and a couple of weeks, and I've never been so happy with him as I am now,” Mourinho said of Pogba before the game. “That's the truth. I cannot demand more from him, I cannot ask more from him.”

The coach may be able to paper of the cracks of their relationship, but it won’t solve the issues the midfield showed at the Amex.

Scott McTominay and Nemanja Matic would be able to add a better defensive edge to the team, helping protect the back four, but it won’t add more creativity.

Insisting with 4-3-3, it does nothing to add spark in the final third and with a combined 19 long balls from the three starters, but only two key passes, the gap between them and Lukaku was evident for all to see.

Juan Mata, Jesse Lingard, and even Fred or Pogba could do much more if they were allowed to push into the final third with more regularity.

Until then, the shackles will stay on and United will have to find other ways to win.

Away from United’s defensive issues, Brighton deserve all the credit for their part in beating United 3-2 at home and at the base of that performance was 29-year-old midfielder Dale Stephens.

No one touched the ball more for the Seagulls and although he completed just 69.6 per cent of his 47 passes, he was the calming influence in front of the defence.

Off the ball, he won four tackles, made one interception and one clearance. Others were more noticeably involved, like his midfield partner Davy Pröpper, but it was Stephens who provided the beating heart of Sunday’s victory.

With five new signings named on the bench, all eyes were on Martín Montoya and how the former Barcelona and Valencia man would fare at right-back.

He’s replacing the very experienced boots of the 37-year-old defender Bruno and a debut against Manchester United was never going to be easy.

However, the 27-year-old was excellent throughout. We never got to see much from him in an attacking sense, but on the back foot he impressed. Winning three tackles and two clearances.

Failing to attempt a cross, compared to Gaetan Bong’s two, shows there is more to come from the Spanish defender.

Knockaert ready for the fight

The signing of Alireza Jahanbakhsh will give Anthony Knockaert competition down the wings for Brighton, but facing a tough test against the team who finished second last season, Chris Hughton picked a tried and tested XI, including the French winger.

The 26-year-old didn't let his manager down, laying on an assist for their second goal, but most importantly, showing he will put in a defensive shift when required.

Signed from AZ Alkmaar, there is no guarantee the Iranian forward would provide the same cover, and even if it's not Knockaert's strong point, he didn't let it show down Brighton's right-wing.

Only Pröpper won more tackles on Sunday, with seven to the winger's four, add in one interception and you get an all-round performance, the type needed to help you beat United at home.

Every season players are brought in and there's a battle for superiority at this growing club, but the former Leicester City man has fought them all off and Jahanbakhsh will have a challenge on his hands to unsurp Knockaert in this form.