To the surprise of many, Monday night's Premier League encounter at the AmEx Stadium between Brighton & Hove Albion and Stoke City produced plenty of entertainment and no shortage of goals.

A win for Brighton would have taken them ahead of Watford in eighth place, while three points for the Potters would have seen them claw their way into the top half.

Brighton were denied what looked to be a strong shout for a penalty in the first half when Glenn Murray was felled by Ryan Shawcorss, but a point apiece was a fair reflection of the balance of play overall, with both managers content with the result after the game.

We studied proceedings on the South Coast to analyse the tactics on display. Here are our four key observations.

Izquierdo Aimed To Exploit Space In Behind Diouf

From the off, it was clear that José Izquierdo was instructed to break into the space in behind Stoke right wing-back Mamé Biram Diouf, with the aim being to capitalise on the converted striker's relative inexperience in the position.

For the most part, Diouf did an admirable job of containing the Brighton winger, who was able to complete just two dribbles and make only one key pass, and when the former Manchester United man was caught out of position, left-sided centre-back Kurt Zouma was switched on to Izquierdo's threat.

Izquierdo enjoyed a degree of success early in the first half, but was largely inactive from then on, and was even on the verge of being substituted on the hour mark. However, the 25-year-old Colombian came to life at that precise moment, scoring a crucial equaliser and playing a key role in the move's construction.

Starting as one of the inside-forwards in Stoke's 3-4-2-1 formation, Xherdan Shaqiri was given license to roam by manager Mark Hughes, and the Swiss creator was often found in a deep midfield position, picking up the ball from the Potters' defenders to begin attacking moves.

This made the former Bayern Munich and Inter Milan man incredibly difficult to pick up for Brighton, and he was able to find a pocket of space in the middle of the park in the 28th minute, from where he unleashed a pinpoint forward pass to crate the game's opening goal for Eric-Maxim Choupo-Moting. 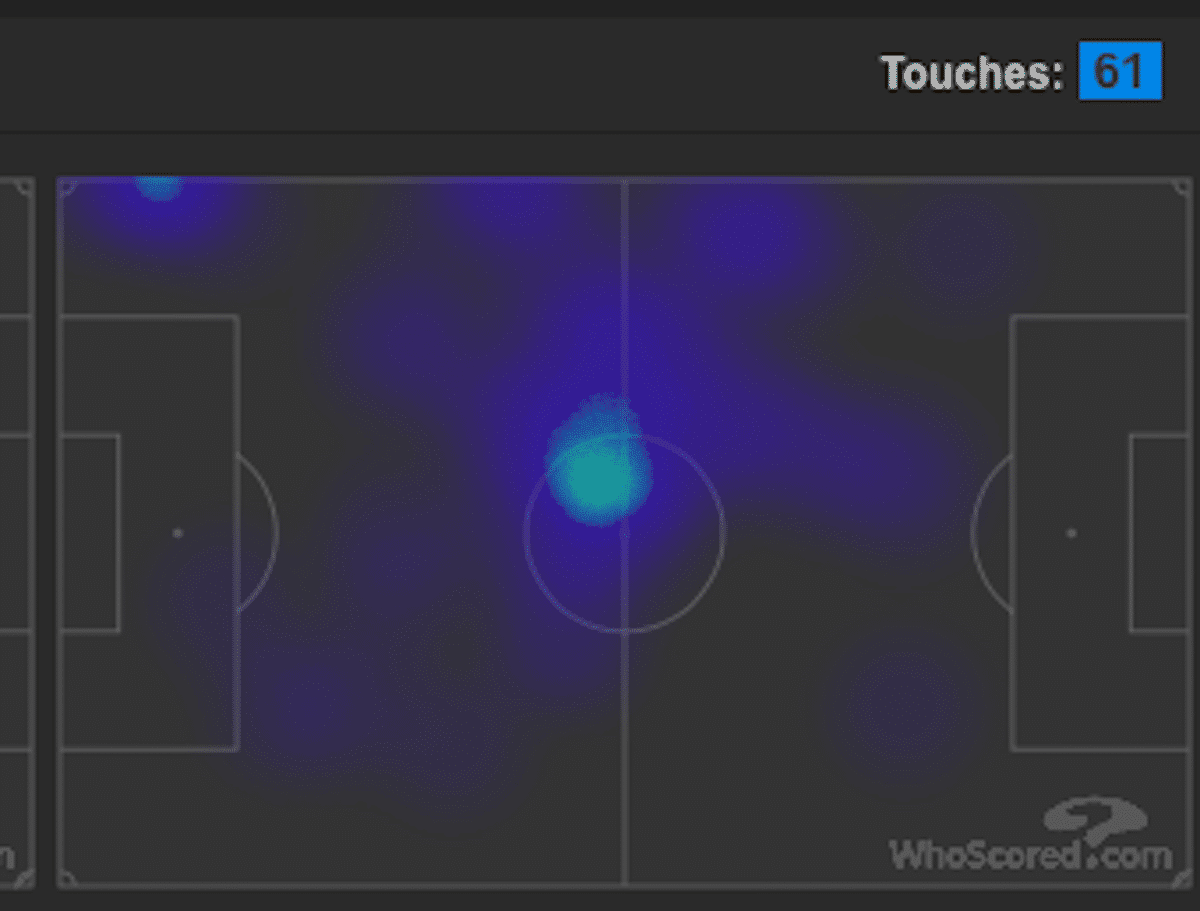 As shown in the above heat map, courtesy of , the majority of Shaqiri's 61 touches came in a central zone, making him a difficult player for opposition managers to plan for considering his starting berth on the left side of the Stoke attack.

Dutch midfielder Davy Pröpper had a productive evening for the home side, completing 83.1 per cent of his 65 passes, making two key passes and completing an incredible six dribbles.

The former PSV man is almost deceptive in his work in that he often appears clunky in his technique and not always in complete control, but this is just Pröpper's unique, languid style of play.

Alongside Dale Stephens, who is Brighton's midfield metronome, Pröpper adds creativity, industry and unpredictability. He assisted Brighton's first goal, scored by Pascal Groß, and played a key role in their second, recycling possession and getting his team moving forward again when their attack appeared to have broken down.

He also made one interception and two tackles, showing he can be effective without the ball, too.

Stoke's attacking approach against Brighton almost harkened back to the days of Tony Pulis' reign in the Potteries, where they would look to exploit their physical advantage by playing high and direct, banking on dominating the aerial duels.

The away side's opening goal came via a straight, long ball over the top to Choupo-Moting, which the Cameroon international striker brought down expertly and finished coolly, and their second was the result of imposing their aerial prowess at a set piece, with Zouma netting.

Stoke's plan early on also seemed to be to get the ball wide and play high balls into the box. Over the course of the game, Hughes' men won 22 aerial duels to their hosts' nine, and attempted 50 crosses to Brighton's 23.