Brighton & Hove Albion got revenge for missing out on the Championship title to Newcastle United with a 1-0 win over the Magpies this afternoon.

There was personal revenge, too, for Seagulls boss Chris Hughton who won promotion from the second tier with Newcastle in 2010 before being harshly sacked the following season.

Tomer Hemed's 51st-minute goal was the difference in a drab affair between two promoted sides which lacked quality in the final third.

The Israeli international lashed home from Dale Stephens' header to secure Albion's second Premier League win of the season and their second at the AmEx Stadium.

It was clear from the outset that Brighton boss Hughton had identified Newcastle right-back DeAndre Yedlin as a weak link.

The American international's pace means he is a threat going forward and he doesn't need a second invitation to join the attack, as his heatmap (below) underlines. But that can mean he is slow to get back or neglects his defensive duties.

The Seagulls looked to exploit that by getting the ball out to the impressive March as often as possible. 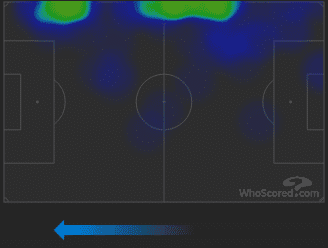 And March, who could have signed for Newcastle in 2011, always provided a threat but never more so than when the hosts sprung a quick counter attack, looking to get the winger in behind.

On the other flank, 36-year-old right-back Bruno was happy to bomb forward and caused Chancel Mbemba, naturally a centre-half, problems.

Promoted teams typically focus on being organised and solid; building from the back then worrying about creating an attacking blueprint. And Brighton are no exception.

Hughton's side pressed well and constantly restricted the time Newcastle had on the ball. As soon as a Magpies player picked up possession in the home side's half he was surrounded by blue and white shirts.

On more than one occasion Hughton could be heard shouting: “Up, up, up” as his players squeezed up the field and rushed the visitors.

If the former Newcastle boss can add the same structure and coherence to Brighton's attack the Magpies will have a good chance of staying in the Premier League for a second season.

Borussia Dortmund had great hopes for Mikel Merino when the Spaniard joined from Osasuna last summer. But he struggled to break into Thomas Tuchel's side and moved to Newcastle on loan this summer.

The Pamplona native has rightly won plenty of plaudits for his part in the Magpies' impressive start and was pivotal to everything good about the Tynesiders at the AmEx Stadium. He had Newcastle's best chance of the first half.

While the rest of his team-mates were hurried and careless in possession, the Spain Under-21 international was cool, calm and collected. 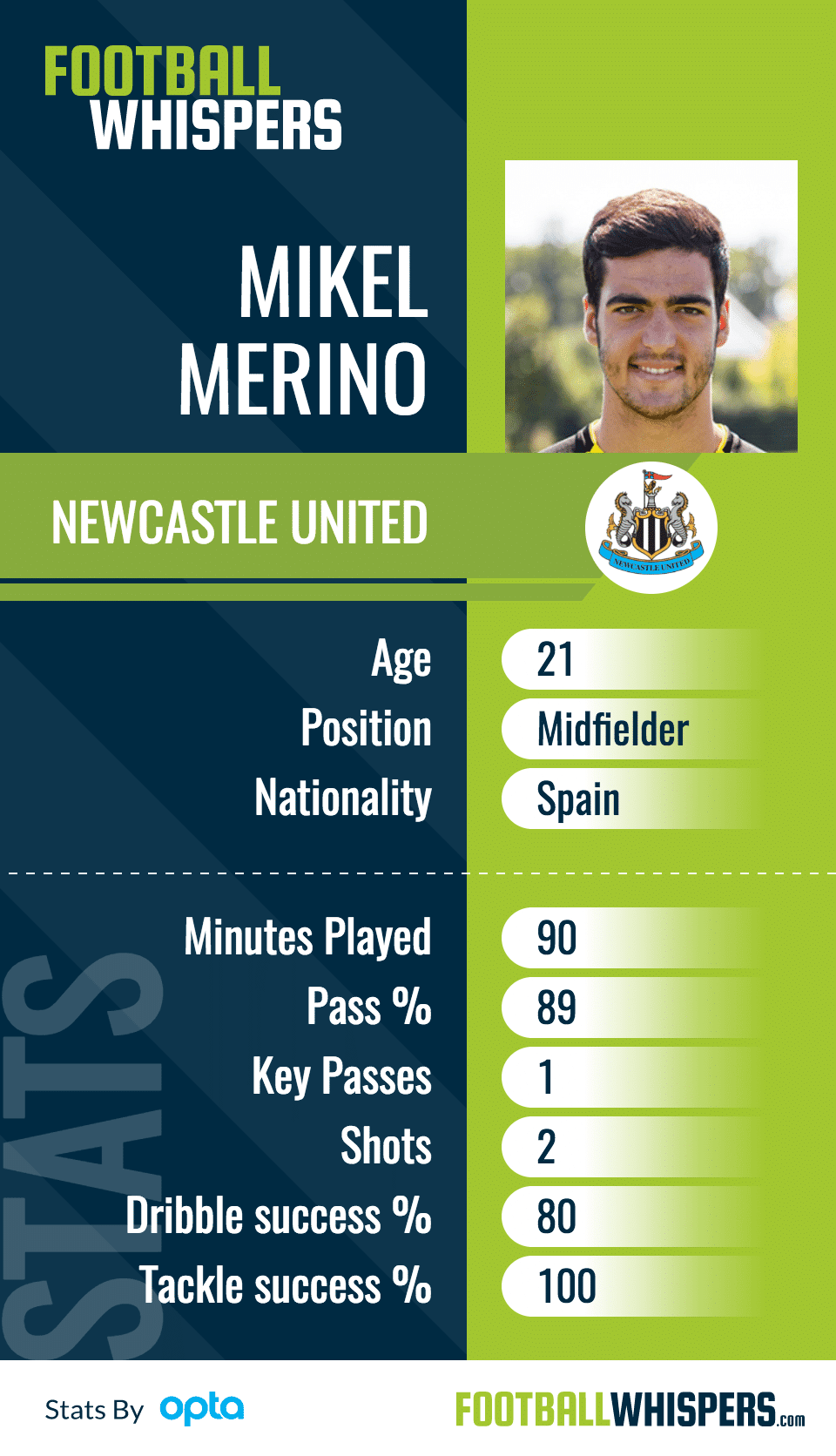 He will be central to Newcastle's hopes of a good season. The only worry is that a queue for his services will be forming already.

He has won plenty of admiring glances already this season but Brighton midfielder Pascal Groß again caught the eye playing off of goalscorer Hemed.

Signed from Ingolstadt over the summer for just €3million, the 26-year-old could prove to be one of the signings of the season.

While Bruno, Anthony Knockaert and March caused Newcastle a host of problems, Groß was able to drift freely and pop up in space time and time again.

He created a catch-22 situation for Newcastle with his movement. Did the Magpies put a man on him and risk being pulled out of shape? Or did they hope he would be picked up? They went for the latter but Groß was still at the centre of everything good from the hosts.

Nominally a No.10, the former German Under-19 international was always on the move, demonstrated by his heat map (below). 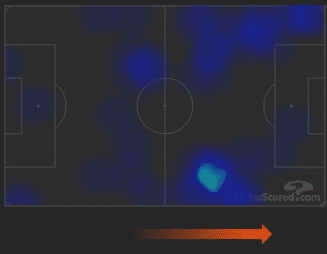 With Brighton refusing to budge and Newcastle failing to break down their hosts, Rafael Benítez decided to shuffle his pack 20 minutes from the end by introducing Jonjo Shelvey and Dwight Gayle.

Immediately the Magpies had more threat. Shelvey positioned himself deep – almost between the visitors' two centre-backs at times – and used his range of passing to bypass the midfield altogether.

The England international dropping in allowed full-backs Yedlin and Mbemba to get higher and they gave the Magpies more width. And Shelvey very nearly equalised with an impudent effort direct from a corner kick which struck the near post and had Albion keeper Mat Ryan scrambling.

Shelvey was the player most likely to make something happen for the North East outfit but he alone could not break down a resolute Brighton side who dug in to claim three points.

There is little doubt about the former Liverpool man's quality. But other factors, like the lack of discipline evidenced by his opening-day red card for a stamp, prevent Benítez from being able to rely on him. Something the Spaniard is surely desperate to do.