Chelsea moved joint second on points with Manchester United on Saturday after their 4-0 win over Brighton & Hove Albion at the Amex Stadium.

Antonio Conte's side, disappointing against Norwich, came out of the blocks flying, scoring twice in the opening six minutes to fire Chelsea into a commanding lead.

The Seagulls came back into the game and could have been handed two first-half penalties, but chances were limited. The home side had a number of good spells, but a could of great saves from Willy Caballero kept them out.

Eden Hazard would add his second of the game to make it 3-0, then Victor Moses ended a 14-month goal-drought to seal the 4-0 victory.

With Chelsea's rivals still to play, it puts pressure on the rest of the pack chasing Manchester City. We've picked out our main talking points from the Blues' lunchtime win over Brighton.

There was only one standout performer for the Blues on Saturday, Hazard turning on the style to help his team to all three points on Saturday lunchtime.

From the very first minute, the Belgian was switched on, scoring his 100th league goal after just three minutes. He was then heavily involved in the free-flowing move which saw the away side double their lead.

No one touched the ball more than the 27-year-old (90), he ended the game with three shots, three key passes and an incredible eight completed dribbles. That’s more than what Neymar is averaging in Ligue 1 and everyone comments on the vast superiority Paris Saint-Germain have over every else. Hazard was on that level at the Amex.

At 2-0, the game was still in the balance, but Hazard put it to bed, dribbling from the half-way line, using the movement of his team-mates to create space and slotting the ball calmly beyond Mat Ryan.

When the Chelsea team was announced, all eyes were on Michy Batshuayi and how the Belgian would be able to fill Álvaro Morata’s boots.

Although he didn’t score, he was involved in two of Chelsea’s goals. Some great flicks helped Willian make it two, then in the second half his run at the defence opened up space for Hazard to make the run for the third.

Yet, it may not have been a bad day for the 24-year-old, but you can’t call it a good day.

No one who started for Chelsea made fewer than Batshuayi’s 37 touches. Two of his four shots found their target, but neither were good enough to trouble the Brighton net.

Overall, his hold-up play was good, he linked with Willian and Hazard well. You would expect him to be the third wheel in the attack, and he played that role well.

In only his third start of the season, he did enough to show he can be part of this attack, he just needs more opportunities to play with the other top players in the squad. 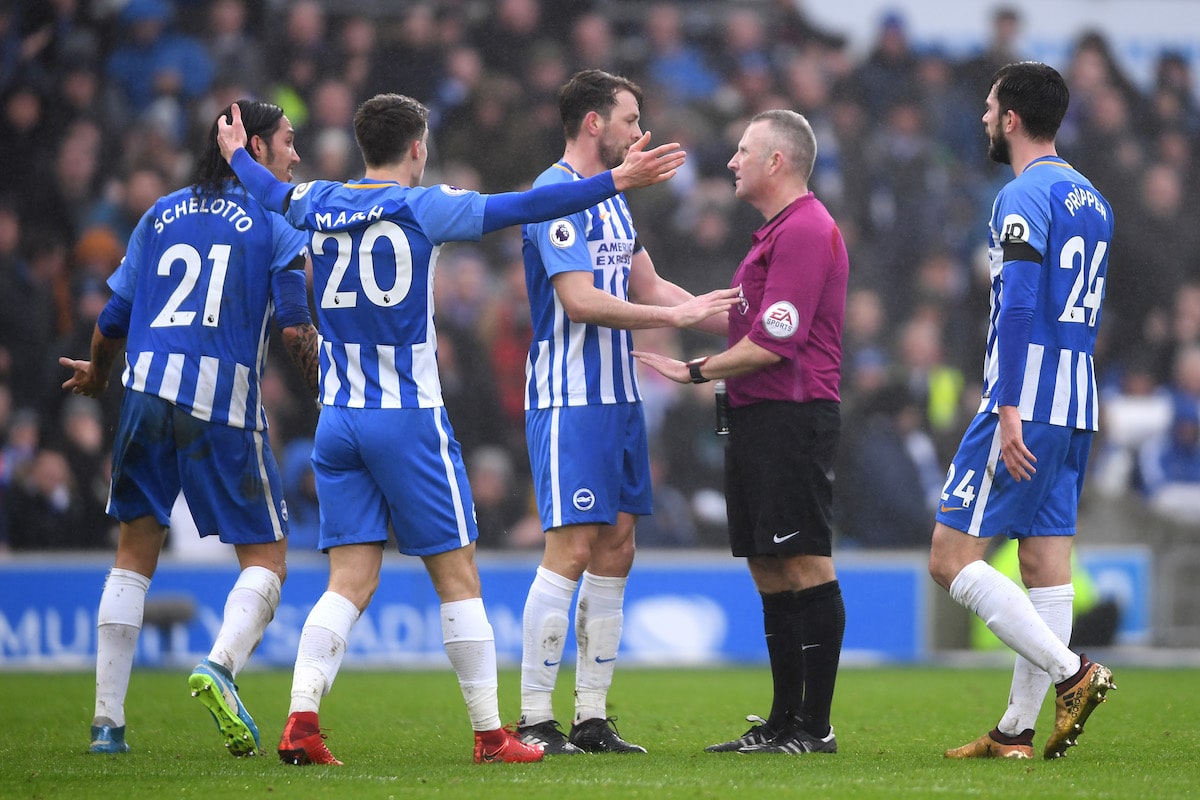 Sometimes in football your luck just doesn’t come in. Chris Hughton agreed after the game that 4-0 didn’t reflect the performance of his team.

The Seagulls had some excellent spells in the game and we could argue regarding the two penalty appeals.

Brighton finished the game with an xG rating of 0.88, with Tomer Hemed, Shane Duffy and Ezequiel Schelotto all have big opportunities.

Chances have been at a premium this term, with 17 goals scored and an xG of 20.48, it’s not that Hughton’s side have been wasting chances, it’s more than haven’t been creating enough. After 23 games, only two teams had created fewer chances to score.

Looking at recent fixtures, Brighton did better on Saturday than the 0.45 they managed at Stamford Bridge on Boxng Day, the 0.63 away at Newcastle United and the 0.53 they managed in teh 2-0 defeat to West Bromwich Albion.

All in all, it wasn’t Brighton’s day, but their performance should bring positives and new signing Jürgen Locadia will definitely help.

Since arriving from Monaco in the summer, much has been expected from Tiemoué Bakayoko and it’s fair to say he hasn’t lived up to his reputation.

On Saturday, picked beside N’Golo Kante, the Frenchman had one of his better performances.

He covered a lot of ground, mostly playing on the left-side of the midfield duo. On the defensive side he won two tackles, made two interceptions and two clearances, and he added an edge going forward too, with three completed dribbles.

More importantly, he completed 96.4 per cent of his 56 passes, which is back to what he was managing in Ligue 1.

With Ross Barkley joining the club, Danny Drinkwater and Cesc Fabregas also fighting for minutes, the Frenchman will need to maintain and build on this showing.