This is a review of the Brest vs PSG fixture to be played on Friday 20th August 2021. Our match preview also features handpicked odds from top Bookies in the UK and free betting tips.

Free Betting Tips and Predictions for Brest vs PSG

Football predictions at Football Whispers have been extensively researched and feature in-depth analysis of team stats, available data and information. Our best three and bias-free predictions for Brest vs PSG are as follows:

Note: The odds for this game are correct on Netbet at the time of writing our preview. Please visit the bookmaker for updated prices.

PSG favourites to win both halves

PSG is our favourite to win this match and we think it will be a decisive win for Pochettino and his highly talented squad. While we don’t expect Messi to feature for the Parisians just yet, Kylian Mbappe has been phenomenal so far, after giving two assists in two Ligue 1 games played so far. Mauro Icardi has netted twice, a goal in each of the two first games. Julian Draxler is another PSG player we expect to contribute massively in this fixture. Notably, PSG has 10W and 1D in the previous 11 encounters with Brest. Moreover, Pochettino boasts two victories in two encounters with Brest head coach, Michel Der Zakaria.

Lots of goals to be scored

We also think this game will be a one-sided scoring affair. PSG being the favourites in this game and with the best squad in French Ligue 1 this season, Brest faces an uphill task in their third fixture of the season. The hosts have drawn their first two games in a similar fashion of 1-1. And while the visitors have failed to keep a clean sheet despite winning their opening two games, Pochettino’s men should get their first clean sheet victory on Friday against Brest. PSG defeated Brest in the last three meetings, all of which came with a clean sheet!

PSG has kicked off the season on a high note. However, no clean sheet victory so far means the visitors are not top of the league after two games. Angers currently lead the Ligue 1 table with two clean sheets and five goals followed by newly promoted Clermont Foot that has two clean sheets and four goals. For Pochettino, failing to get a clean sheet win in this game will mean PSG shot-stopper, Kaylor Navas, drifts further away from the golden glove. It is also a wake-up call for the Argentine tactician whose team has leaked three goals in two matches played so far. The hosts have also been unable to keep a clean sheet. However, Brest has shown remarkable defending, conceding only one goal in each of their first two games. Thus, to unlock the Brest defence line, Pochettino must start his most decisive attackers in this fixture. 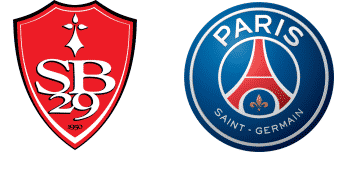 Where is the venue for Brest vs PSG fixture?

Who is a scoring prospect in this game?

We are backing Kylian Mbappe to score his first goal this season and it comes with pricey odds on Netbet.