This Tuesday Brentford vs Rotherham will be the only Championship fixture available, so get the latest betting tips, predictions, and news from our article.

Let's review the top free betting tips our experts gave us for the Brentford vs Rotherham match. You can check out other Championship betting tips on our site.

Our recommended bookmaker for this match is Ladbrokes. Remember to always check out the odds on the bookmaker platform before you place a bet because they are subject to change.

Brentford has won or drawn the last nine out of ten Championship games, while Rotherham has lost seven out of their last ten games. Brentford also won the last four head-to-head matches against the Millers. The Bees seem to be doing good on home ground, as well, with only two losses in the last ten home games they played.

Brentford has had a BTTS game only once in the last five Championship games played, while Rotherham twice in the same number of games. We don't believe that both teams will score like it was in the last head-to-head between them in December, where Brentford got a clean sheet.

Most Recent Brentford vs Rotherham Match Histories and Stats

In the tables below, you can check out the most recent match data for both clubs and their latest head-to-head meetings.

Brentford is currently placed at number three in the Championship table with seventy-eight points. They missed their chance at automatic promotions this season, but at least they will star at the playoffs. Rotherham will be an easy win for them even if they will be missing two defenders and two midfielders – Shandon Baptise, Josh Dasilva, Rico Henry, and Henrik Dalsgaard.

Rotherham on the other hand faces a loss and even though they don't have any injured players, they will be missing Matt Crooks. He received a red card suspension in the match against Middlesbrough on the 21st of April, where they lost.

Brentford is a high-scoring club and they will have Ivan Toney on their roster, who is at the head of the “Top Scorer of the Championship” chart this season with twenty-nine goals and ten assists. 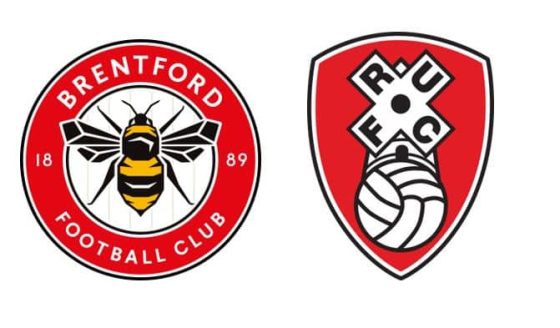 Questions and Answers Regarding the Brentford vs Rotherham Fixture