Brentford appear to be adapting to the Premier League really well and the Seagulls certainly have their work cut out for them this weekend. Just a point separates these two clubs, both of whom have had good starts to the season, and we're expecting a close and competitive 90-minutes between the pair.

Both teams scored when these two sides last locked horns back in 2017 and we're expecting both keepers to be very busy this weekend. Three of Brentford's last five fixtures have seen both teams score and Brighton have scored 6-goals in their last four fixtures.

Two of the last three encounters between these two clubs have produced over 2.5 goals with their last meeting ending in a 3-3 draw. Both of these teams play attacking football, Brighton more so, and as the hosts Brentford will be expected to take the game to their guests, leaving space in behind for the Seagulls to exploit. Bright conceded twice at home to Everton last time out and failed to keep a clean sheet in their last away game against Burnley.

Ivan Toney was Brentford's top scorer in the Championship last season and the club did well to keep hold of their star striker during the summer. Toney is up and running this season after scoring against Aston Villa last time out and we're backing the Englishman to get on the scoresheet against Brighton this weekend. Toney is likely to score more goals at home in his first season as a regular striker in the Premier League and if Brentford are to stay up they will need to get good results in their own backyard.

Brentford extended their unbeaten start to their debut Premier League campaign courtesy of a 1-1 draw at Villa Park, making it 5pts from a possible 9pts so far this season. Life has started well for the Bees and they will be hoping that there is a sting in the tail at home to the Seagulls this Saturday.

Brighton's winning start to the season came to an end in their own backyard last time out, as Everton secured a comfortable 2-0 win at the AmEx. The Seagulls will be hoping to avoid a relegation battle this season and need to secure positive results against the likes of Brentford in order to achieve their goals.

Brentford: Mads Sorensen, Frank Onyeka and Joshua Dasilva have all been ruled of this weekend's clash for one reason or another.

Brighton: Scherpen won't make the trip to Brentford due to a foot injury and there remain doubts over Lamptey, Burn and March, all of whom will face late fitness tests. 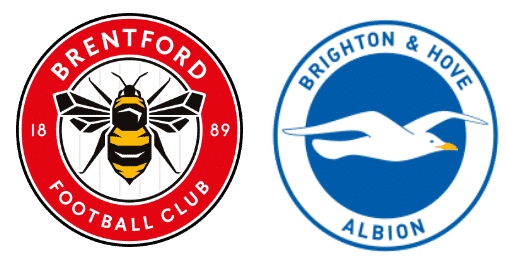