The second leg of the Championship play-offs is soon to be here. The tie between Brentford and Bournemouth will decide one of the finalists who will fight for Premier League promotion. Stay tuned for all the best free betting tips for this match-up.

Always check your betslip before placing your final bet, as the odds may change at all times without notice. Our recommended bookmaker for this match is Ladbrokes.

The first leg went 1-0 in favor of Bournemouth, so the home team this time around has a deficit to overcome. Historically, there have been quite a few league matches between these two clubs, but most of them date from 2015 and backward. In the last season, Brentford managed to win both of their league clashes versus the Cherries but then lost the game with the most importance – the first play-off leg. In the table, the hosts have a 10-point lead ahead of Bournemouth, have scored more goals while conceding less, and have overall been the better side. We believe that the London squad is on its way to the Premier League.

Head-to-head 4 of their last 10 meetings have had more than 2.5 goals, but as we already covered most of those results are outdated and aren't as significant. What we know about both squads is that they both score in roughly 80% of their games, while conceding in around 65% of their matches. Despite the first leg going 1-0, there is a clear opportunity of a lot of goals getting scored. Especially with the importance of this game. If Bournemouth is to double their lead early in the game, we will perhaps see Brentford going all out for a chance at goal.

Ivan Toney to score at Anytime

Talking about the Bees scoring, there is a player who cannot be skipped over. Ivan Toney has had a miraculous season and has been crowned Championship top scorer. The 25-year-old found the net 31 times, assisted his teammates on 10 occasions, while never missing a league game this campaign. Toney is Brentford’s deadliest gun, and the fact that he was denied in the first leg, makes us believe that backing him is a good idea.

Brentford vs Bournemouth: Latest stats and the best odds.

A fierce battle for promotion

The home team is one of the most deserving of promotion Championship sides. Brentford has spent only a single season in the top flight following World War II, and the Bees were just inches away from the Premier League, after losing the 2020 Championship play-off finals to Fulham.

On the other hand, Eddie Howe's era at Bournemouth ended after the club was relegated from the top-flight. Now, the Cherries are looking to make an instant return to the PL under Jonathan Woodgate. The club was forced to sell off most of its key players, such as Nathan Ake, Callum Wilson, Aaron Ramsdale, Ryan Fraser, and Jermain Defoe, so even upon return, we will be seeing an entirely different Bournemouth. 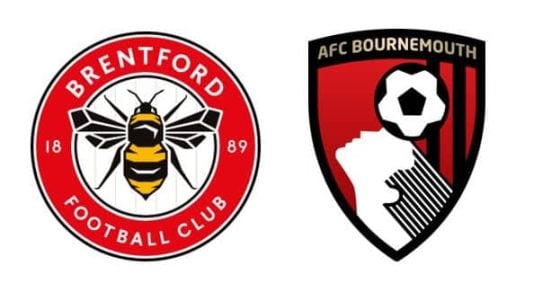 Some Questions about the Brentford vs Bournemouth match