Brendan Rodgers has a job on his hands if he’s to improve on last season’s unprecedented domestic season, and there are a few questions for the Celtic boss to answer as he heads into a new campaign.

New challenges lie ahead, both on and off the pitch, and the manager’s response to them could go a long way to determining if they can repeat last season’s success at home while at the same time improving their form abroad.

Can He Keep Hold of Kieran Tierney?

Versatile full back Kieran Tierney continues to impress at both club and international level, and his stock rises with each passing month. His goal in the recent Scottish League Cup game against Kilmarnock went viral, and will have fans of teams south of the border asking why their club hasn’t made a move for him yet.

However, the best place for the Scottish international with roots in the Isle of Man is at Celtic. He’ll get the freedom to develop his skills, regular first team football, more international caps, more titles, and hopefully some more European experience.

The question will be whether the club and player are patient enough to resist the relatively big money offers which will eventually come; if not from teams south of the wall, then from those across the narrow sea.

At the moment Celtic are as important for Tierney as the 20-year-old Manxman is for them.

Can He and Celtic Cut it in Europe?

Domestic success with Celtic is all well and good, but European competition is where the club can really make their mark.

There’s no doubting the size of the achievement by Rodgers and his players during their unbeaten domestic season. Regardless of the strength of the league and the apparent gap in quality, going unbeaten in all Scottish competitions still takes some doing.

The style in which they did it was even more impressive, but the Northern Irishman now needs to transfer this onto the continental stage where many of his coaching influences lie.

So far he’s been unable to do this at either Liverpool or Celtic, and it doesn’t get any easier for him.

They face one of the longest trips in Europe when they travel to FC Astana of Kazakhstan for their play-off tie, and it provides the uncomfortable combination of expected win and banana skin.

Astana are unbeaten at home in the Champions League, and are the tough obstacle which lie between Celtic and the group stages.

Was the Unbeaten Season a One-Off? 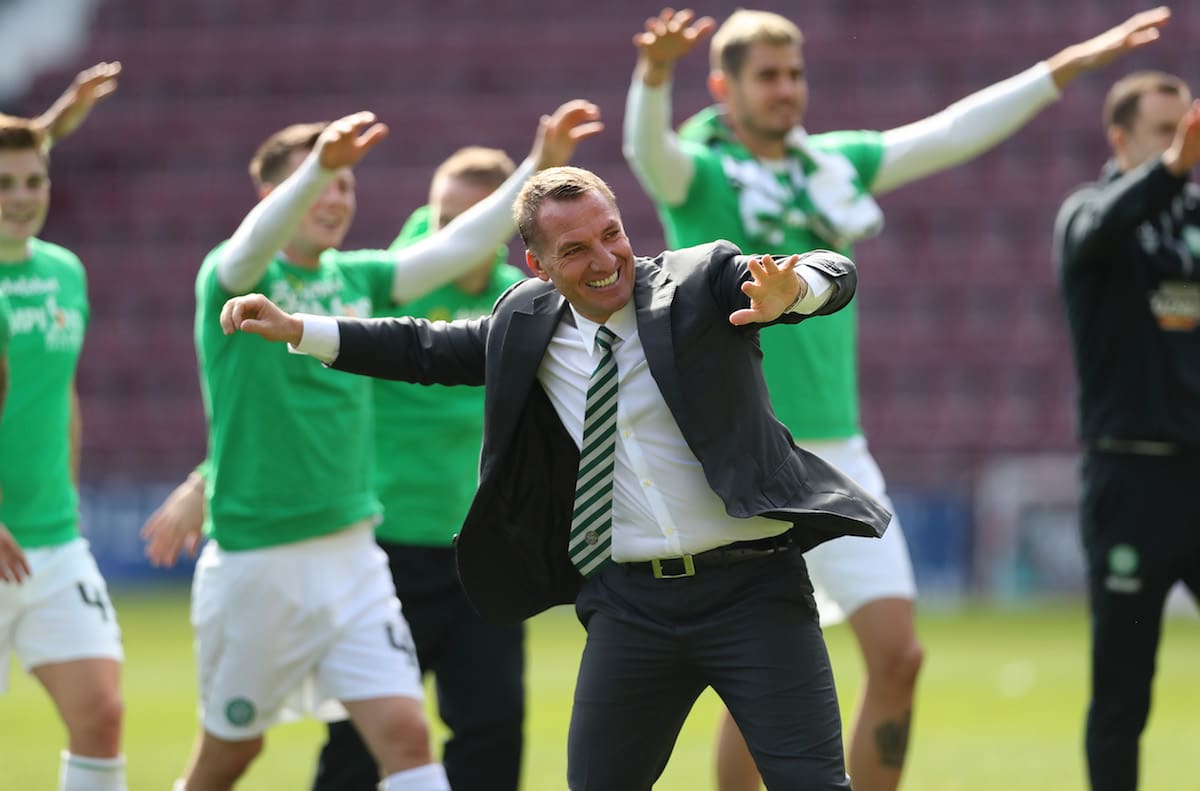 It would be a tough ask for Celtic to go unbeaten again, but the feat isn’t beyond Rodgers and his charges.

It might even be an unreasonable ask, but to prove last season wasn’t a one-off then the Parkhead side will need to work their way through their league campaign with the same class, vigour, and skill they showed last time around.

They scored over 100 goals and conceded only 25, and surely the only way to improve on an unbeaten season is to either increase the goal tally, concede less, or do the impossible and win every game.

The main thing for Rodgers’ side is that they continue where they left off last season by getting off to a good start. The signs are already good, and a repeat of last season’s heroics would add another chapter to this notable passage in Celtic history.

Can He Convince Patrick Roberts to Re-Sign? 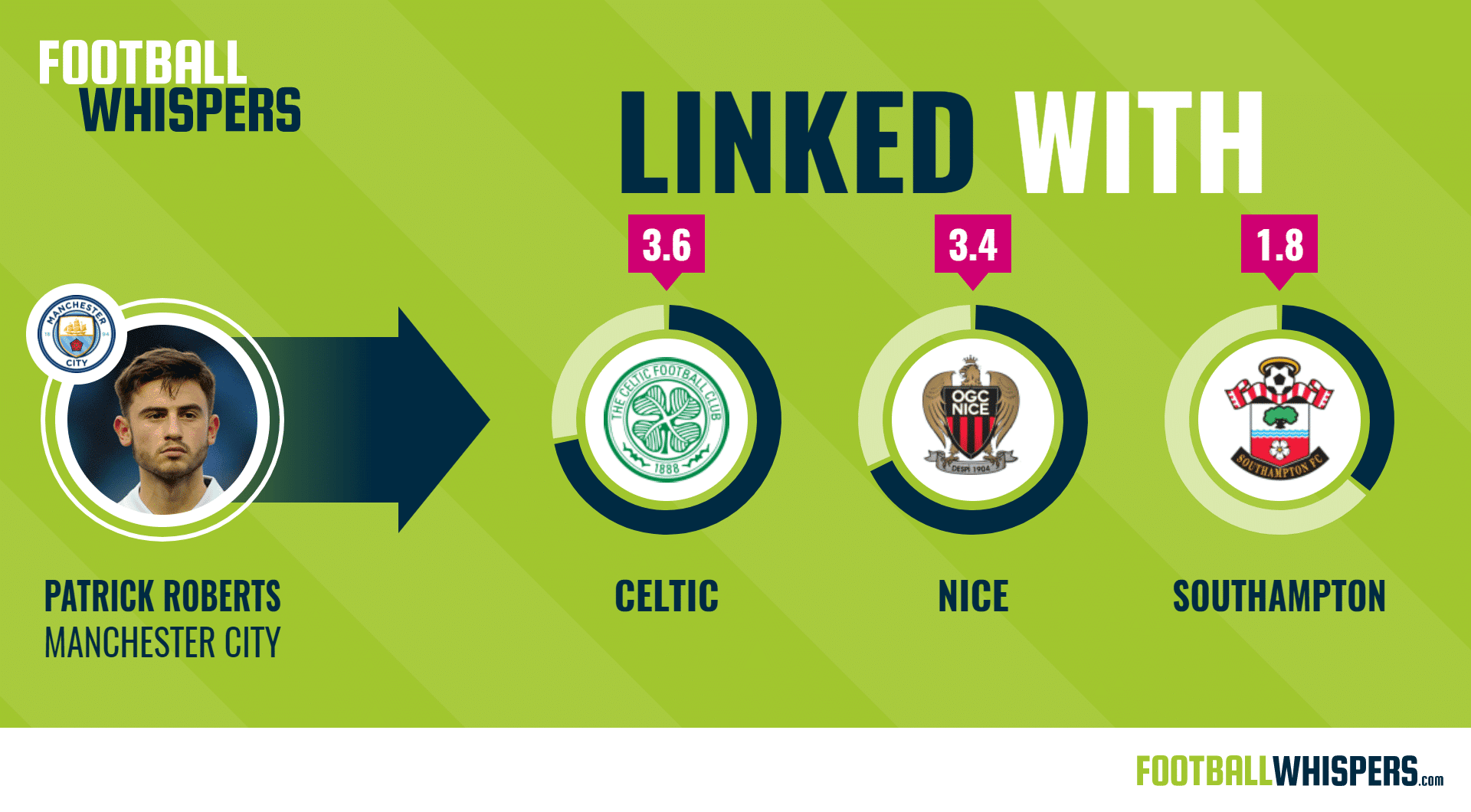 Patrick Roberts was one of the club's standout players last season, bagging 11 goals and 19 assists in all competitions. Unfortunately for Celtic he was only on loan and had to return to his parent club, Manchester City, at the end of the season.

The winger would have been in the England under-20 squad for their World Cup win in South Korea had he not been taking part in Celtic’s triumph in the Scottish Cup final, and this was a move which showed how much of a bond he’s developed with the club.

He has made noises about returning the Celtic Park this season, but it will be down to Brendan Rodgers and the club to convince Manchester City he can continue his development in the Scottish league.

The player has reportedly turned down a move to other English Premier League clubs, as well as French side Nice. It seems Celtic hold all the cards when it comes to the Englishman, and it could be down to Rodgers to play them.

Can he Keep His Players Motivated?

Winning with such ease can become a habit, but sometimes it can become too much of a habit.

Keeping his players motivated will be a big task for Rodgers after last season's triumphs, but as mentioned above he should use Europe as a tool to drive them on to further success.

He has assembled a close knit group of players who work for each other and are thirsty for success, but their ability to work through any moments of complacency will be tested this season.

They should view every game in the league as if it were a Champions League group stage match, and then when it comes to playing in Europe they'll be mentally prepared.

Teams who across Europe dominate their domestic league can struggle in continental competition, but Celtic should use it to their advantage, as Pep Guardiola tried to do with his Bundesliga experiments at Bayern Munich.

Can He Turn Olivier Ntcham and Eboue Kouassi Into First Team Players?

Rodgers has been known for his ability to develop youth players since his time working under Jose Mournho in the Chelsea academy.

Now the main man, he may have to put some of this knowledge to work as he brings through a few of the club's youngsters.

With Scott Brown approaching his mid-thirties, there could be opportunities for other players to come in and allow their captain to sit out the odd game.

Kouassi and Ntcham are two such players. Aged 19 and 21 respectively, the pair will look to get game time in the centre of the park, and both could even play alongside Brown, or behind him in the case of Kouassi.

It will be good for these young players to learn from such a player while he's at the tail end of his peak years to make the transition to life without him at Celtic Park a smooth one.