Football matches don't come much bigger than relegation playoffs and because of how the draw has developed this one guarantees that someone will be getting promoted. That's the pressure that Breda and Nijmegen players will have to deal with on Sunday. Who will run out winners to secure their place in the Eredivisie for next season? Find out with our Breda vs Nijmegen match preview with free tips, predictions and odds mentioned along the way.

Breda vs Nijmegen: Our top bets

Breda finished seven points ahead of Nijmegen in Holland's second tier last season and they are in marginally better form over recent games too. Nijmegen have won their last three but lost two on the bounce prior to that; one of those defeats came at the hands of Breda too. Breda meanwhile have also won three of their last five, losing one and drawing the other against FC Emmen before winning the playoff tie on spot kicks. Breda's win over Nijmegen was just three weeks ago, which is recent enough to play on players minds. It should help relax Breda knowing they can beat their opponent. We expect that to play a big role as they run out winners.

It will be a cagey affair

Already we've mentioned the fact that Sunday is a big occasion for both teams. There is just no escaping it; the potential to win promotion is a massive deal. It's rare that such high pressure games turn into classics or at least it is from the perspective of a neutral. Usually, that means we won't see the ball getting picked out the net countless times and form supports that theory too. Breda have come in under the 2.5 mark in three of their last five games. Nijmegen have recently been settling over that benchmark with only one of their last five games coming in shy of three goals. That match was the meeting between Breda and Nijmegen though. Of the last 10 head to head games only one has gone over 2.5 goals.

El Allouchi might not be Breda's top scorer this season but he's certainly a man in form and Nijmegen will need to have their wits about them in order to keep the Breda youth product quiet. The 26-year-old midfielder hasn't scored in three outings but even with that still boasts seven goals in his last 10 including opening the scoring against Nijmegen in early May. The fact he takes penalties boosts his chances of netting as well.

Breda heading on up

Nijmegen booked their place in the final playoff match before Breda secured theirs. Their penalty shootout victory over Emmen wouldn't have gone down well with Nijmegen fans though because they've been somewhat of a bogey side for several years. If you're going to change that though the opportunities don't come better than a one off to decide who goes up and who remains in the second division.

Breda vs Nijmegen: Before you go 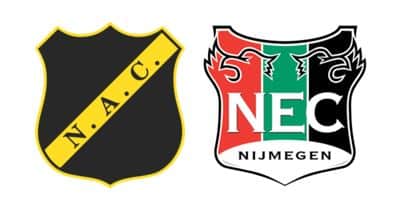