Recent years have not been kind to Brazilian clubs in the Copa Libertadores. Since the contagiously enthusiastic coach Cuca lifted the trophy with his swashbuckling Atletico Mineiro side in 2013, which boasted the powerful attacking quartet of Ronaldinho Gaúcho, Bernard, Luan and Jô, no Brazilian side has managed to reach the final.

That feels like an erroneous anomaly in this corner of the world; on the continent, Brazilian clubs have a financial muscle that can be flexed threateningly over their neighbours. Yet the fickle nature of the domestic game in this country may go some way to explaining the conundrum.

In Brazil, clubs often pay for their success and the current season is an excellent case in point. Immediately after winning the 2016 Campeonato Brasileiro – the Brazilian league title – São Paulo-based outfit Palmeiras were forced to deal with the outgoings of coach Cuca, the winner of the Libertadores four years ago, and bright young forward Gabriel Jesus, who has joined Pep Guardiola’s revolution at Manchester City.

Nevertheless, they remain one of the favourites for the Libertadores crown. CONMEBOL, the South American football confederation, opted to expand the tournament from 34 to 42 teams from 2017.

While such a ploy always runs the risk of diluting the talent on, the move has seen no fewer than eight Brazilian teams compete in the group stages this year. Those are: Palmeiras, Flamengo, Atlético Mineiro, Santos, Grêmio, Botafogo, Atlético Paranaense and Chapecoense.

The picture looks positive for Brazilian clubs. Of the eight, seven are sitting in the top two positions in their groups, which would mean qualification for the knock-out stages starting from the round of 16, with only Chapecoense looking odds on for elimination.

For André Schmidt, a columnist for Brazilian sports daily Lance, there are three Brazilian candidates for potential Libertadores glory. “Palmeiras have demonstrated the greatest ability to react and overcome. Coupled with the fact they have one of the best squads in Brazil, it makes them very competitive for the knock-out stage.

“Flamengo have also had a good campaign but have had difficulty in killing off their games.  If I were to look at an underdog, I would keep an eye on Botafogo. They have the competitive spirit this competition requires.” 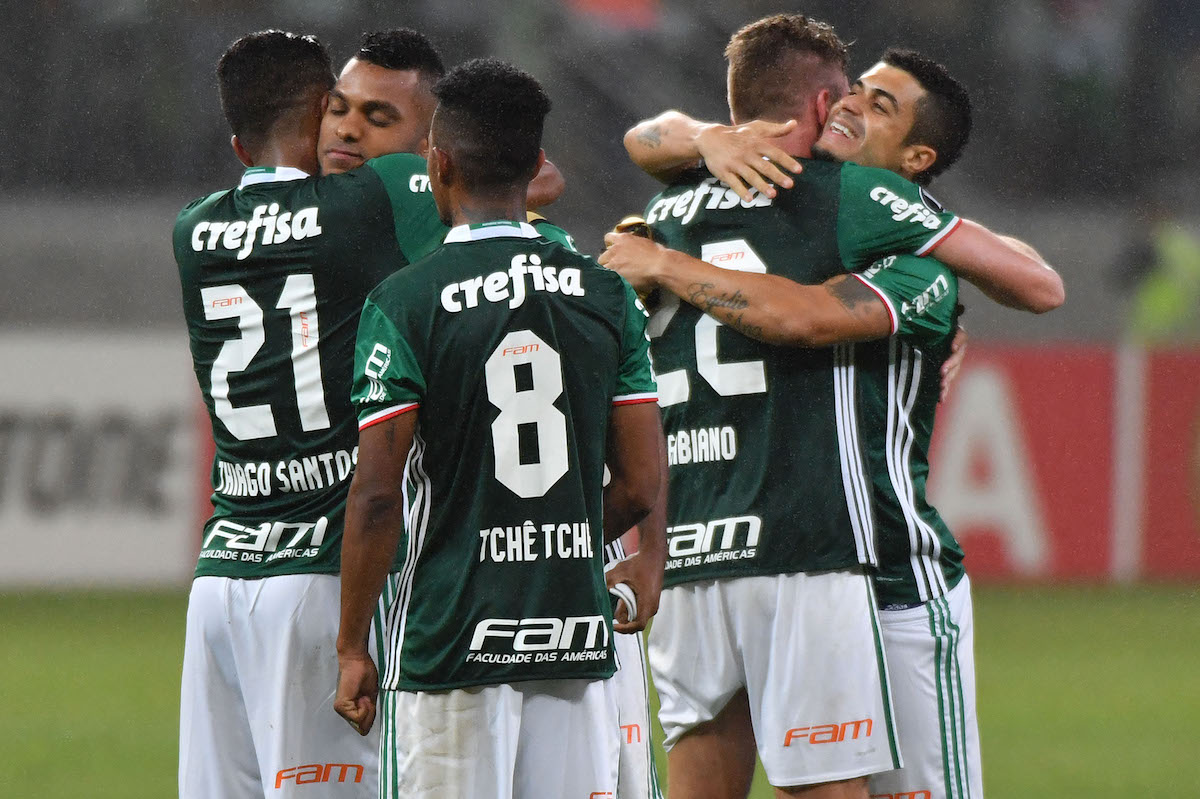 Palmeiras, the side most widely tipped as favourites by the Brazilian press, have all but secured qualification for the knock-out rounds and, despite collecting ten points from their four outings so far, have not yet managed to show the same fluidity and offensive prowess that led them so convincingly to the Brazilian title in December.

Now under the stewardship of bright young coach Eduardo Baptista, the former Sport Recife and Ponte Preta boss is still trying to settle on his best XI and formation, and last week’s tie against Uruguayan club Peñarol typified his short reign to date.

Palmeiras were dreadful in the first half, barely able to impose themselves on the game, and could count themselves lucky to be only going in 2-0 down at the interval. But Baptista’s bold change of personnel, bringing on forward Willian, who repaid him with two goals, and switching Jean’s role to a more offensive one which rendered three assists in a 3-2 win, paid dividends in abundance.

There is, however, one more Brazilian club with the firepower to win the Libertadores, a club which has employed a similar ploy to Palmeiras. Belo Horizonte giants Atlético Mineiro hired young, up and coming boss Roger Machado during the off-season and, in a similar vein to Baptista at Palmeiras, the reaction thus far has been mixed, having been marred by two derby defeats to great rivals Cruzeiro. 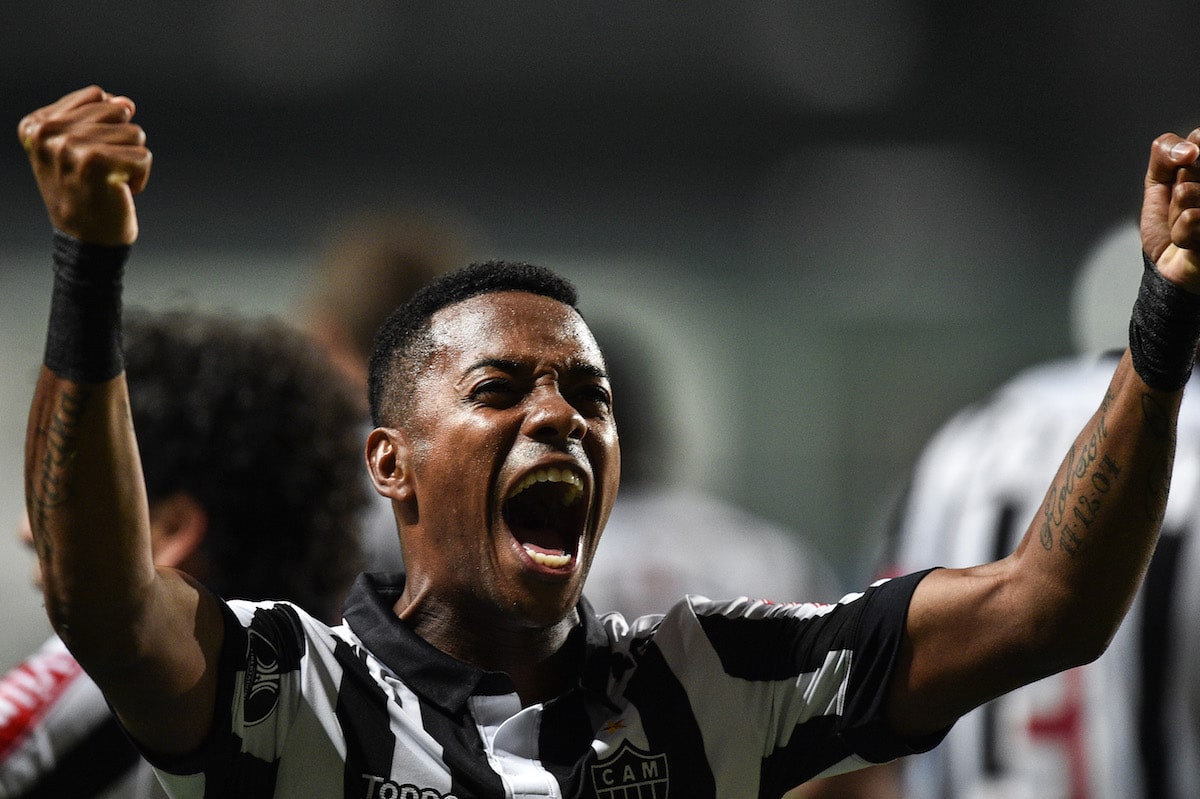 As was the case in 2013, the side’s key strength is their attacking prowess. Former Brazil internationals Fred and Robinho lead the line and, coupled with experienced midfield presence Elias, central defender Leonardo Silva and goalkeeper Victor, Machado can count on the spine of a team the steely nerve to carry his otherwise young cohorts through  times of adversity.

This was evident in their group match against Bolivian outfit Sport Boys at the Independência. Finding themselves 2-1 down and with the home crowd beginning to turn alongside their tepid performance, Fred subsequently netted four goals in 15 second half minutes to turn the game on its head. While their squad is not as deep as that at Palmeiras, Atlético’s key strength lies in the number of title winners Machado has at his disposal.

Simply throwing more names into the pot is of course no guarantee that this year’s Libertadores crown will be heading to Brazil. But, with an array of varyingly strong candidates, it may well be sooner rather than later that the most prestigious title in the South American game is back in Brazil.

Could forgotten man Pato be ready for a European renaissance?

Newcastle should gamble on another raw but talented Brazilian

Flu striker can end Brazilian curse at Theatre of Dreams

7 Brazilian wonderkids who failed to reach their potential

Team of the Week: Reus and Rondón lead the charge

Pedaladas, prosperity and the ‘next Pelé’: Remembering Santos 2002–04

8 Players You Must Watch This International Break