Alongside the 2020 European Championship Copa Americana will be also be commencing. The Brazillian National Team will host the opening game, and their opponent will be the Venezuelan National squad. Stay tuned for the best free betting tips for this game.

The odds are true at the time of writing but may are also subject to change at all times. Check your betslip before placing your final bet. Our recommended bookmaker for this match is Ladbrokes.

Valued at 1/6 by the bookies, Brazil’s win in this match is nearly undisputed. However, the odds are way too low for us to be worth betting on this market, and they are also low for a Brazil –1 pick. So instead of betting on Brazil’s lead, we can bet on Venezuela +3 at the odds of ½, which has been successful in 7 of their last 8 meetings. In fact, it was way back in 2008 when Brazil last managed to win with 4 or more goals. Since then, there have been three 0-0 draws accompanied by 4 Brazil victories.

As we already mentioned, the hosts winning the game is highly likely, and the fact that Venezuela won't be able to score. The underdogs have found the net in only 25% of its last 8 games versus Brazil, and they’ve never managed to score more than one goal. The odds of 4/7 provide a better payout than each of those markets on its own.

Once again, we are backing the likelier option of the two. Not only, has the Under 2.5 Goals bet had a higher success rate than its counterpart, but it's also valued higher by the bookies. The odds of 11/10 are quite good for such a market, and considering that only 3 of their last 8 meetings have had more than 2.5 goals, we believe it’s a great pick.

Brazil vs Venezuela: The latest stats and selection of the best odds

The beloved Copa America is due to begin just two days after the 2020 European Championship start. Defending champions are no other but the hosts of this game and also the whole competition – Brazil. The Brazilian squad is also considered the favorite to win it all for the second year in a row.

The Venezuelan team is one of the biggest underdogs in this competition, with only Bolivia being ranked lower. Nevertheless, Venezuela has proven to be a tricky opponent in the past versus perhaps the greatest South American football side, so everything is possible. 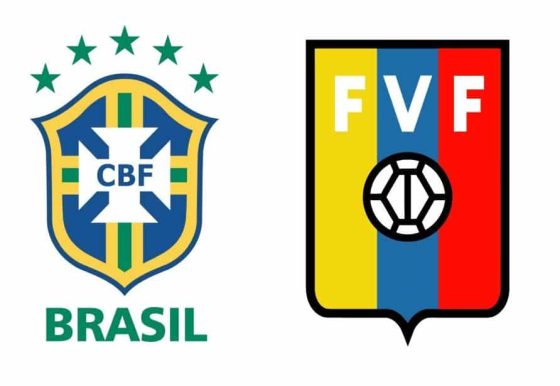