Two teams that have made very promising starts to the 2022 World Cup qualifiers go head-to-head this weekend as Brazil look to maintain their 100% record at home to an Ecuador side that have won three of their opening four matches.

Read on for our full match preview and prediction for Brazil vs Ecuador.

Brazil vs Ecuador: Our Top Predictions

Brazil have won four of their last five games against Ecuador, including a 2-0 victory when the nations last clashed back in 2017. Brazil have won their opening four qualifiers and will be confident about making five from five at home this weekend. Both teams have scored in each of Ecuador's last four matches and so far in qualifying, no team has scored more goals than Brazil's visitors, so you can see why we're backing both teams to score on Saturday.

Over 2.5 goals have been scored in two of Brazil's last four wins against Ecuador. Three of the host's and four of the visitor's last five international matches have ended with at least three goals being scored and we're expecting more of the same from Friday's qualifier. These two countries are the top scorers in qualifying so far with Brazil netting 12-goals and Ecuador scoring 13 in their opening four matches.

Brazil have won all of their four qualifying matches so far and with the home advantage, we expect them to make it five from five on Saturday. Brazil have scored at least three goals in three of their last five matches and Ecuador have found the back of the net in each of their last four games, which is why we're predicting a 3-1 win for the home side.

Everything you need to know ahead of Brazil vs Ecuador

Brazil aiming to maintain their 100% start to the qualifiers

Brazil secured a 2-0 win in their last game away at Uruguay and look full of confidence heading into Saturday's game against Ecuador. Alves, Arthur, Allan and Coutinho all missed out on selection for the host's squad for one reason or another but there is still plenty of talent in this Brazil side. Up-front the hosts have called upon Neymar, Firmino, Jesus and Richarlison, all of whom can score goals and win games in the blink of an eye. The midfield is setup far more defensively, with Casemiro, Fabinho, Fred and Luiz all being selected, allowing the front players to concentrate on scoring goals rather than tracking back. Thiago Silva provides the experience and leadership at the back at the age of 36 and he will likely be partnered by his old PSG teammate Marquinhos with Danilo and Sandro operating at full-back. Alisson is expected to start ahead of Ederson, despite the Man City goalkeeper winning the Premier League and reaching the Champions League final this season.

Ecuador beat Bolivia 2-1 last time out and would take a draw against Brazil now if you offered it to them. The visitor's squad has some very familiar names in it, including Enner Valencia up-front who provides most of the goals, Christian Noboa in midfield, and goalkeeper Alexander Dominguez who is hoping to secure his 58th cap on Saturday. Renato Ibarra and Romario Ibarra both miss out on selection, as does Junior Sornoza. 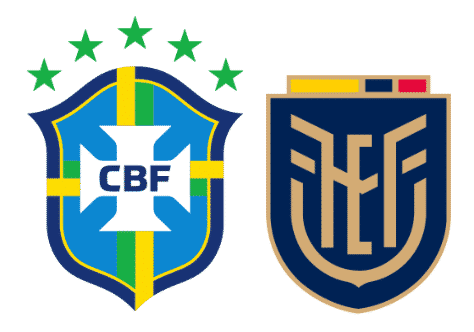