This preview focuses on the high-profile clash between Brazil and Germany, who were the finalists in the 2016 Olympics football games, in the group D. The game will take place at the Nissan Stadium in Yokohama. This is the late kick-off on the opening day.

Brazil U23 vs Germany U23 – Best Betting Tips

Brazil always need to be taken seriously when it comes to the Olympics and they have rightly held this status with gold, silver, and bronze medals. Germany have had little action in 2021 after playing just one match – a draw with Honduras – so far.

Brazil come into this game with a lot of expectations. They have an experienced line-up and the fixtures have also been kind enough to provide the team with regular action. So far in 2021, Brazil U23 has already featured in three games compared to the solitary game for Germany.

In the last five games, Brazil U23 have ended up scoring three or more goals in four games. The South Americans outfit are very potent in front of goal. There is a ton of experience and offensive threat through the inclusion of players like Richarlison and Dani Alves.

Germany have been involved in just one game since the Euro 2020. They do possess attacking talent after bringing in Max Kruse as one of the three overage players. There is sufficient talent available in the Germany squad to break down the Brazil defence, which can be overzealous when going forward.

Brazil U23 vs Germany U23 – Betting Numbers and Stats

Brazil U23 vs Germany U23: Preview and Analysis

A strong squad has been picked up by Brazil for this competition. After having just won the gold in Rio, the Brazil U23 team will be looking for greater heights and they have brought in a lot of top European experience in the form of Dani Alves, Douglas Luiz, Gabriel Martinelli, and Richarlison. Apart from the shock defeat against Cape Verde, Brazil have had smooth sailing in 2021.

There is a decent amount of offensive threat within this German outfit. However, they are seriously devoid of regular gametime, as they have had action on the pitch only once in this calendar year. As a result of not bringing in many players who had featured for the senior team at the Euro 2020, Germany already look weaker.

Key data about Brazil U23 vs Germany U23 game 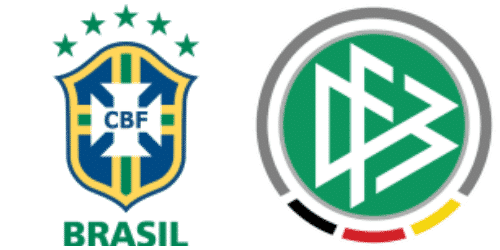 Where is the match scheduled? Nissan Stadium

Which team is the favourite to win? Brazil