Tournament favourites Brazil refused to succumb to the malaise that has swept Russia this summer, afflicting the 2018 World Cup's other perceived big-hitters, as Germany, Spain and Argentina all crashed out early.

Despite Mexico setting the early tempo in this last-16 encounter in Samara, the Seleção ultimately strolled to a relatively routine 2-0 victory, booking their place in the quarter-finals thanks to goals from Neymar and Roberto Firmino.

For all the talk of an underdog triumph, and perhaps even a first-time winner, at this World Cup, Brazil, who have claimed football's grandest prize more times than any other nation, once again look the team to beat.

For Mexico, their quest to end the curse of El Quinto Partido – “The Fifth Game” – comes up short at the first knockout round for the seventh World Cup in a row.

Here are the five things we learned from Brazil's procession to the last eight. 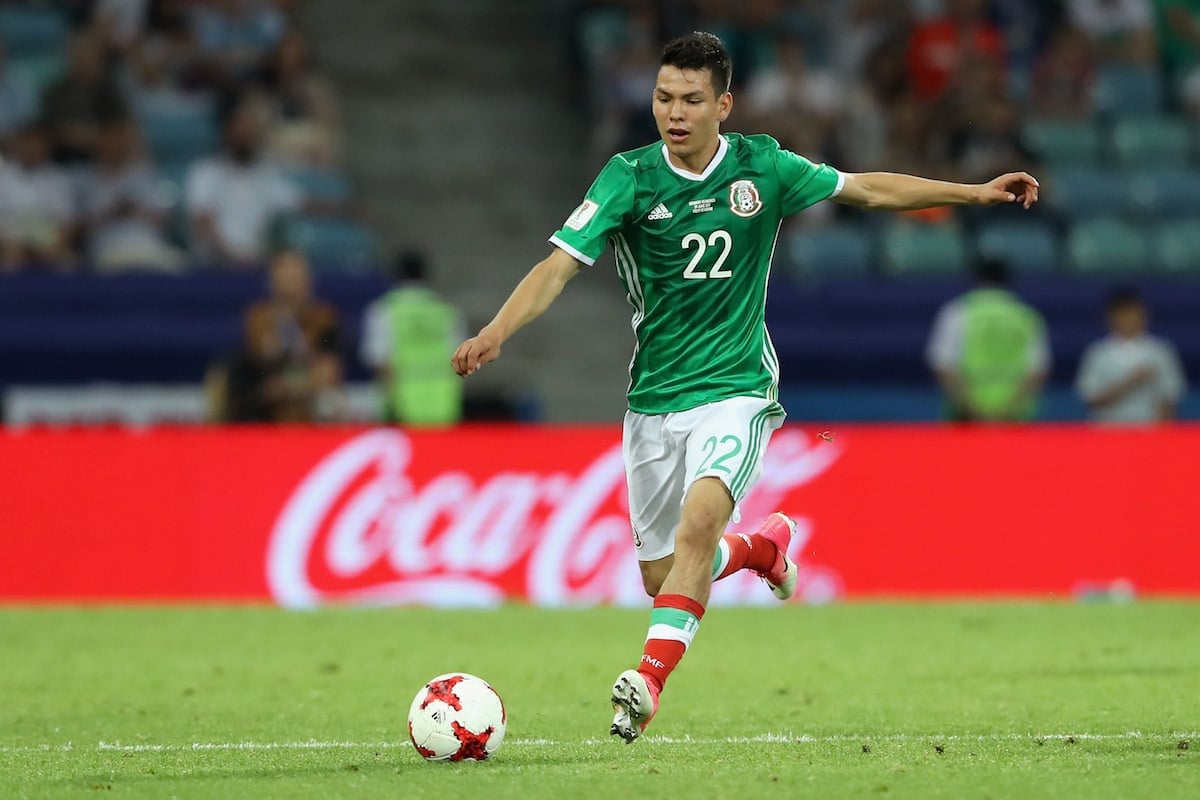 Juan Carlos Osorio's side were at their dynamic and dissecting best in the opening exchanges, counter-attacking down the flanks with trademark vibrancy and unpredictability.

With Brazil missing both first-choice full-backs – Dani Alves was ruled out pre-tournament and Marcelo picked up a knock in their final group game – El Tri clearly identified the wide areas as a weakness in their opponents' rearguard.

With Hirving Lozano – one of this World Cup's breakout stars and a reported Carlos Vela on the right, Mexico posed a genuine threat in the first half, sucking Brazil in and bravely leaving three attackers advanced at all times to burst forward menacingly.

…But one that faded quickly

However, Osorio's men faded, and fast. By the time the referee blew for half-time, El Tri were already looking laboured; when the play resumed for the second period, they had been sapped of the verve and urgency that made them such a proposition early on.

A combination of weary legs – drained by the intensity of their pressing and box-to-box running – and poor decision making in the final third – too often promising attacks broke down when a low-percentage shot was selected over a simple pass to a better-positioned team-mate – Mexico allowed Brazil to grow into the game and take command.

Throughout a journeyman club career, Mexico goalkeeper Guillermo Ochoa has managed to break the 40-league-appearances barrier for just one European club – humble French side Ajaccio – with his impact at the highest level minimal.

But the curly haired shot-stopper has a remarkable knack for saving his best for the biggest stage. Ochoa was outstanding for Mexico at the 2014 World Cup and has again played beyond the level of his club performances in Russia.

Against Brazil, Ochoa made a slew of saves, some of which of the highest order, denying Neymar (four times), Willian (twice), Firmino and Gabriel Jesus.

The 32-year-old Standard Liege keeper appears to enjoy the limelight.

The world's most expensive footballer hasn't had thing all this own way so far in Russia. Derided for his, shall we say, over-elaborate reactions to being fouled and ridiculed for his hairstyle choices, the Brazilian had been struggling to silence his critics on the field in his customary fashion.

At times at Russia 2018, it as appeared as though Neymar was trying too hard to make this World Cup his own, falling into the trap of attempting to manifest his own destiny that saw Ronaldinho slump so disappointing in 2006.

However, against Mexico, particularly in the second half, Neymar found his rhythm – a frightening thought for potential opponents that remain.

The Paris Saint-Germain superstar opened the scoring in sumptuous style, sauntering in from the left, back-heeling to Willian, before continuing his forward progress to tap home from close range.

A fine individual performance, comprised of a goal, two take-ons, five chances created and four shots on target, was rounded off in the 88th minute when he broke through on goal and drew a save from Ochoa which rolled into Firmino's path for the game-clinching strike.

Much of the post-match praise will be reserved for Neymar – the Brazil No.10 courts the spotlight and deserves recognition for a fine display here – but it was Chelsea winger Willian who played the biggest part in driving the Seleção into the quarter-finals.

It was the 29-year-old's driving run into the penalty area which presented Neymar with a simple finish in the 51st minute, and he was constantly carrying the fight to Mexico, motoring forward in possession and hunting the ball when Brazil didn't have it.

There had been calls before this game for Juventus‘ Douglas Costa to replace Willian, with the former Bayern Munich star shining in the cameo appearances he has made thus far in Russia. But Willian showed his worth to manager Tite against Mexico, completing more attacking-third passes (17), take-ons (seven) and crosses (two) than anyone on the pitch.