Maurizio Sarri has never, from the moment he arrived at Chelsea, attempted to hide the importance of Jorginho. The midfielder is the fulcrum of his system. The lynchpin. The flux capacitor in the DeLorean, if you will.

“Jorginho is really suitable to the way I like to play,” the Blues boss explained earlier in the season. “He is a player that has many good sides to him. He wants to work hard and he's very fast in moving the ball, which is important.

Sarri's belief in Jorginho is absolute. It's why the Italian coach ensured Chelsea signed the 27-year-old from Napoli last summer despite strong interest from Manchester City.

And things started well. The midfielder dictated the tempo of matches and the Blues collected victories. Everyone was happy.

“I think Jorginho has been a revelation,” Sky Sports pundit Jamie Redknapp said in October. “I love the way he just controls the game.”

But then came Chelsea's deterioration in form. Points were dropped. Heavy defeats were suffered. Sarri's football – and, by extension, Jorginho – was criticised.

The low point arrived soon after. When brought on as a second-half substitute in the Europa League win over Malmö, Chelsea supporters booed Jorginho. His below-par performances were not to blame, it was the perception that, as Sarri's guy, he was untouchable. The teacher's pet.

Unsurprisingly, Sarri was quick to defend the Italian international. “I think that in the first 30 minutes we understood why Jorginho is very important for our team,” said Sarri. “We were in trouble and struggled to exit from our half with their pressing.

“With Jorginho, it is easier, I think. I would hope that our fans would be able to understand that Jorginho for us is really a very important player.” 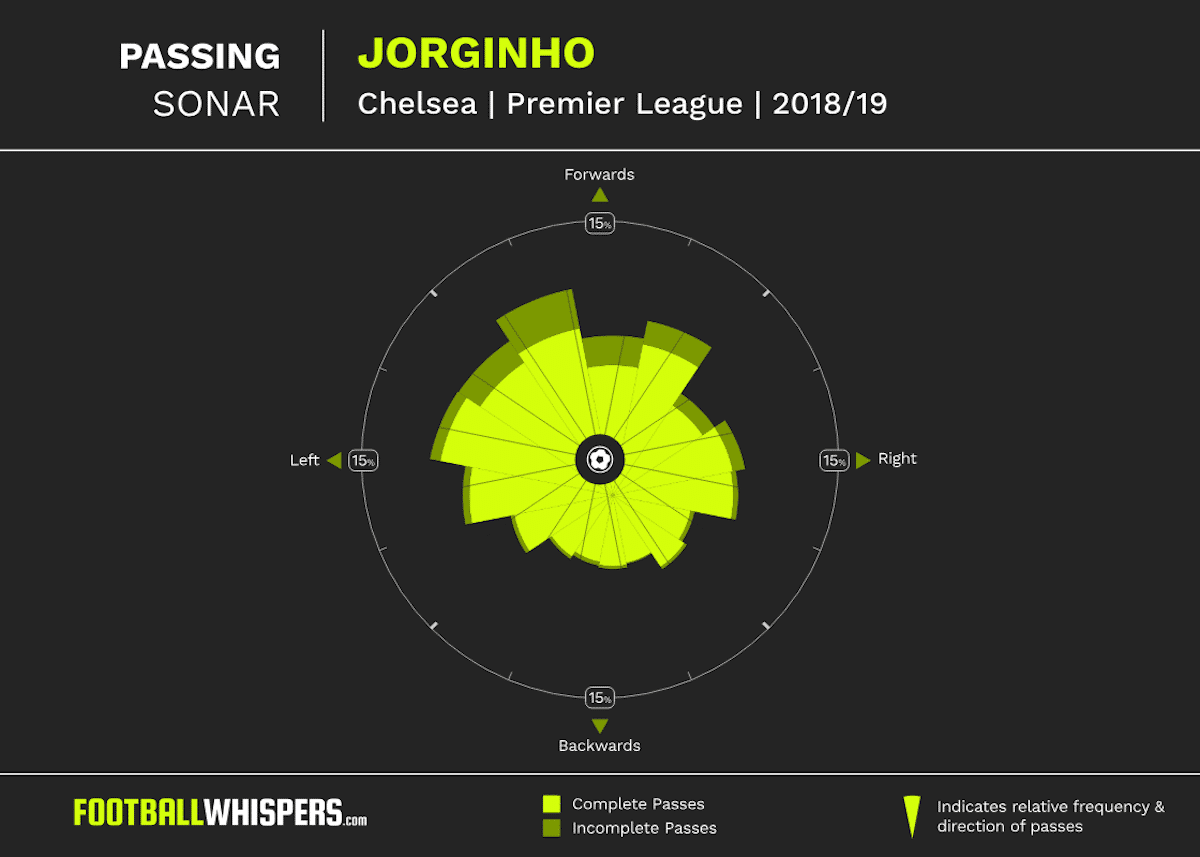 What hasn't helped Jorginho, especially in recent weeks, is the constant focus on what he can't do. He isn't N'Golo Kanté and such will not hare around the pitch to break up attacks. He also isn't going to create goal after goal, something those who question why he hasn't claimed an assist don't quite seem to understand.

Yet what he can do, which was evident in the League Cup final against Manchester City, is progress the ball through intelligent, subtle passing and instigate Sarri's press effectively.

“It was a tight game, we knew it would be as a final,” Pep Guardiola said after Sunday's match. “One of the toughest teams I have ever faced in my time. How Jorginho and Kante pressed was incredible. It is not easy to fight them.”

Defensively, Jorginho was aided by Chelsea's low block at Wembley. With space constricted, he was able to close off passing lanes through smart positioning. 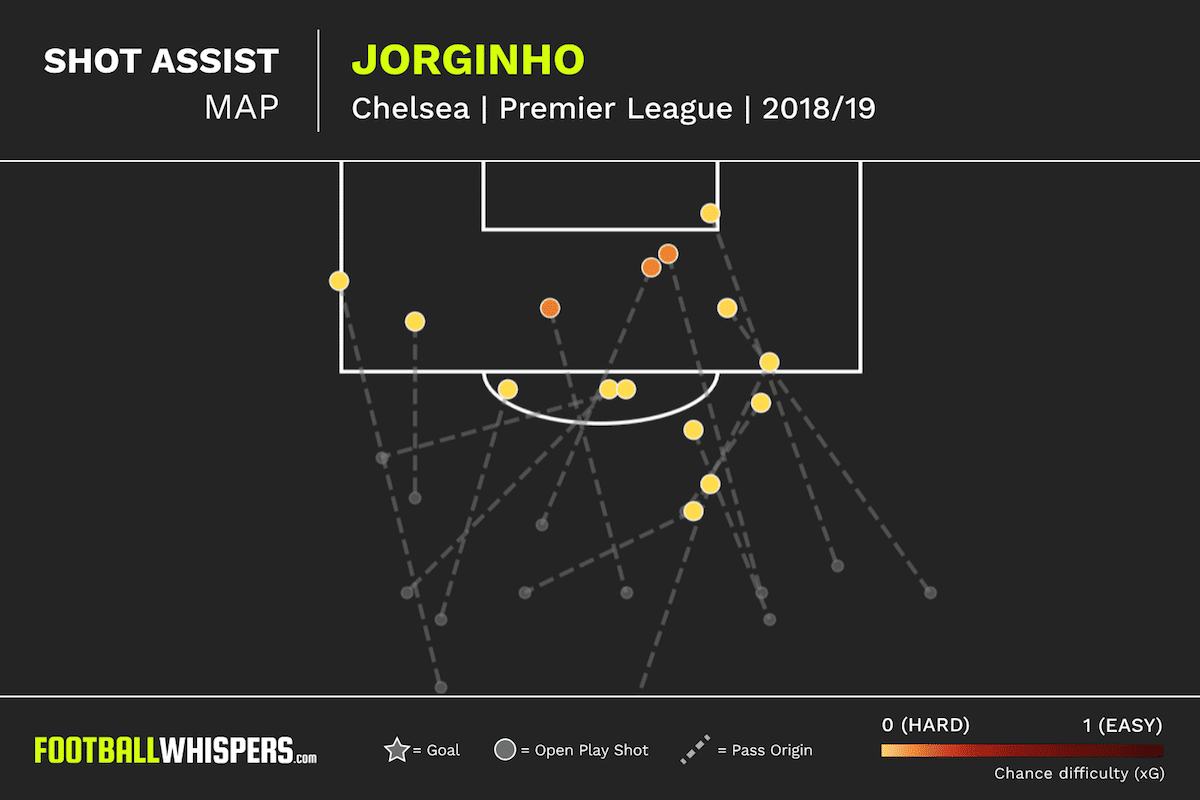 With the ball, however, Jorginho stood out. Earlier in the season, he set records for the number of passes he completed. Against City on Sunday, he played only 45. But what was important was almost half of those were forward.

These not only moved Chelsea up the pitch but also started counter attacks. One particular pass in the first half – played with the outside of his boot to Eden Hazard – broke the Manchester City press expertly. Seven opponents were taken out of the game with one caress of the ball.

And that, in a nutshell, is Jorginho. For his faults, and despite his struggles in recent weeks, he never hides, never shies away from the ball, never plays the easy pass.

He is brave in possession and is always ready to take responsibility – a quality not all his team-mates possess. And that is exactly why he deserves better than becoming Chelsea's scapegoat.