Braga are up against Rangers in the Europa League quarter-finals first leg at the Estadio Municipal de Braga. Braga have preserved momentum even after the international break whereas Rangers are in a spot of bother after two losses in the recent three matches.

The match features two very offensive teams. Both are not shy to have a go at the opposition. After scoring four consecutive away games in Europe, Rangers will feel quietly confident of this game but they have been making many errors of late. The last two away matches for Rangers in the Europa League have produced plenty of goals. There have been over 2.5 goals in back-to-back games for Braga, who tend to score and concede in a majority of the games.

Braga have been playing some good football over the last few weeks. The Portuguese outfit have back-to-back wins in the league. Rangers, meanwhile, have lost two out of the recent three games including the Old Firm derby at Ibrox during the weekend. Rangers have been susceptible to making defensive errors and losing concentration. Rangers also do not travel well in Europe.

Can Braga reverse a losing streak against Rangers?

Braga have faced a string of disappointments in the Europa League switching the final back in the 2010-11 campaign. The club are looking to get past the quarter-finals first time since 2015-16. The Portuguese outfit are best placed to overcome this disappointing run. The win over Benfica during the weekend highlighted the club’s progress and the result could have been even more impressive.

The Old Firm derby might have shaken up Rangers who appeared to be in good shape coming up into this game. Now, the Scottish outfit have lost two of the last three games. There is potential for more pain, as Rangers have not done well in away European matches. The win over Borussia Dortmund back in February is the only away success for Rangers in this competition over the last 12 months.

Braga: There should not be too many changes from Braga for this game. Roger Fernandes and Nuno Sequeira are the players who are unavailable due to a cruciate ligament injury and a metatarsal fracture respectively.

Rangers: Alfredo Morelos is a major doubt for the game after the recent loss to Celtic during the weekend. Ianis Hagi has certainly been ruled out following a knee surgery while Nnamdi Ofoborh could also be unavailable because of a heart condition.

Your Questions ahead of Braga vs Rangers 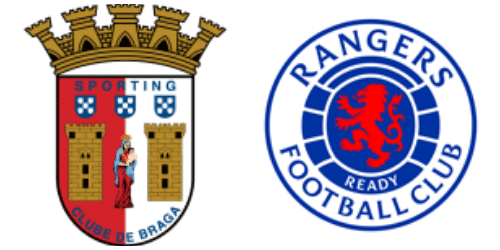