Bournemouth might be unbeaten in six but their draw with Peterborough in the week have seen them knocked off top spot. Can they bounce back? Find out with our Bournemouth vs Sheffield United match preview with free tips, predictions and odds mentioned along the way.

Bournemouth might have slipped up against Peterborough in the shape of a draw but their general form is exceptionally good with four wins and two draws from six. People would tell you that Sheffield United are looking better too, which they are – or were until they lost to Middlesbrough. The thing that needs to be factored in is who they've taken results off; you could argue that the three teams they've beaten in the last month will be the trio that are relegated. Bournemouth will be too strong for them.

Our next prediction for Bournemouth vs Sheffield United is that we'll see over 2.5 goals. Both teams have seen three of their last five matches pass the threshold but longer term averages look pretty reasonable too. Bournemouth are averaging 3.4 goals during their home league games this season with Sheffield United posting a season long average of 2.7. When you consider they started the season slow on the goals front, that's quite impressive.

Billing to bang one in again

Phil Billing is channelling prime Frank Lampard so far this season with five goals in all competitions. He's netted two in his last three outings too. Now, obviously we're having a bit of fun with the Lampard comparison but the 25-year-old really does look to be kicking on this year with Scott Parker as his manager. He's making better timed runs into the box and better decisions on the ball. If he continues with this confidence to his game he'll post the best goal return of his career. So, why not in this game?

Find the best odds for Bournemouth vs Sheffield United

Those who follow Bournemouth and Sheffield United will tell you that this fixture belongs in the Premier League. Both will be hoping that next year it could too. Bournemouth are the only side in the Championship that are yet to lose after West Brom came unstuck last night. With Junior Stanislas and Lewis Cook to come back from injury, they'll take some stopping. Sheffield United seem to have turned a corner too with goals now flowing more freely after a tough start. A notable name that will be back in the matchday squad is Lys Mousset; the Blades signed him from Bournemouth.

Our final thoughts on Bournemouth vs Sheffield United 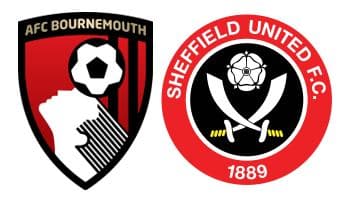