Bournemouth vs Reading: Check out our betting tips

Bournemouth got back to winning ways at the weekend. Will they follow that up with another three pints here? Find out with our Bournemouth vs Reading match preview with free tips, predictions and odds mentioned along the way.

Bournemouth to lead at HT & FT

The obvious bet for this game is Bournemouth to win but, if we're honest, the odds on that aren't exactly appealing. That's why we've opted for the Bournemouth HT/FT eager. Bournemouth beat Derby – another relegation threatened side – at the weekend with a goal in each half. Reading meanwhile have lost their last two games after trailing at the interval. Considering those minor facts, home advantage and the blatant difference in quality and confidence in the teams, this should be an easy day at the office for the Cherries.

Our next tip for this match sees us back over 2.5 goals. Bournemouth have seen three of their last five matches pass the 2.5 cut off. In fact, across those last five matches they've averaged 2.6 goals per game. Meanwhile Reading have gone over the 2.5 mark in four of their previous five games. Their game average is richer too at a rather high 3.6. Throw into the mix that the last three games between these two have averaged four goals per game and this looks a banker.

Here are the key stats & form guide for Bournemouth vs Reading

There is every chance that these teams are not in the Championship next season with both sides very close to an exit of kinds. Bournemouth should go up via automatic promotion. Reading by contrast should stay up but there is real danger they don't.

Bournemouth had a slight wobble as they recorded back to back games without winning; that poor stretch has been snapped now though and they'll be aiming to tighten their grip on the top two with a win here.

What is going on at Reading? They were awful all season, then showed a bit of character to bag some results and now they're in a run of three straight defeats where they look bang average at absolute best. Bournemouth isn't a game people fancy them to get anything from but the Royals may see that as having nothing to lose. 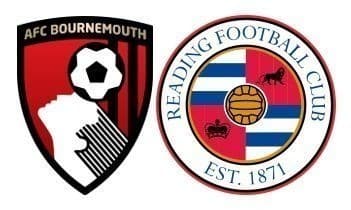