This is a preview of the Championship game between Bournemouth and QPR – two teams who still have an unbeaten record in these early stages of the 2021-22 campaign.

Bournemouth were able to put behind a three-game winless sequence in all competitions to beat Barnsley 3-0 during the weekend. QPR staged a remarkable comeback to maintain their unbeaten record in the campaign after drawing 3-3 with Reading.

Bournemouth to win the match

Bournemouth were relieved to come away from the recent game against Barnsley with a win. Even though QPR have been beaten in the early stages of the season, QPR cannot continue conceding too many goals and still expect to get positive results. Bournemouth have kept back-to-back clean sheets and the Cherries also have home advantage to back them up. They are likely to edge ahead in this match by a thin margin.

Bournemouth have kept back-to-back clean sheets while QPR already have conceded eight goals – the highest amongst the teams in the top eight positions. QPR’s defensive problems is likely to be exposed by Bournemouth, whose offence have registered almost 2 goals per game on an average in the opening four games.

Dominic Solanke comes into the game as one of the leading scorers in the EFL Championship with his four goals from the six games. The former Chelsea and Liverpool youngster has all the necessary tools in the game to surpass last season’s tally of 15 goals from 42 appearances. Solanke is aiming for his first goals against QPR, but this is more likely with home support behind the Cherries.

Top Betting Odds and Stats for Bournemouth vs QPR

Bournemouth vs QPR: Can the two teams sustain the unbeaten run?

Bournemouth have done extremely well to recover quickly from the humiliating 6-0 loss against Norwich only a few weeks ago. The confidence is likely to be back within the team following the comfortable win over Barnsley. There are no fresh injury problems for the team ahead of the game against QPR. This once again rules out Junior Stanislas and Lewis Cook for the match.

QPR are already the highest scoring team in the Championship so far with 14 goals. Three of those goals came in the draw with Reading. QPR would like to be positioned much higher in the table for the goals that they have been scoring with ease. However, the defence continues to be a letdown for the Londoners, who will be without Sam Field, Luke Amos, and Lee Wallace. Chris Willock and Ilias Chair are rated as doubts for the game.

Questions about Bournemouth vs QPR 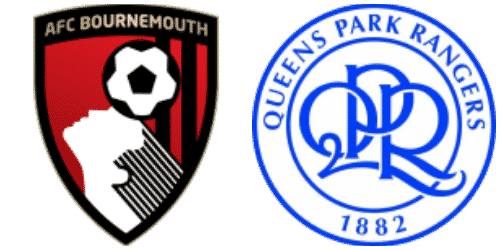 Where is the match scheduled? Vitality Stadium

Which team is the favourite to win? Bournemouth