Two sides with big ambitions for promotion will be battling it out on Friday. Stay with us to get access to the best top free betting tips about the match!

Bournemouth vs Middlesbrough free betting predictions and the best odds

In this part of the article, you will find our experts’ take on the game, as well as the latest odds. If you want to bet on another Championship match-up and get the predictions, you can find more tips on our dedicated page.

The odds are true at the time of writing, however, they are subject to change at all times. Our recommended bookmaker for this match is Ladbrokes.

Both sides sport pretty similar statistics across the boards. The Cherries’ main advantage comes from their head-to-head meetings and this season’s goal differences. In the last 8 games between the clubs, Bournemouth has won 3, Boro only 1 and there have been 4 draws. However, their goal differences at the moment lean in favour of Jonathan Woodgate’s squad with a tally of +18, compared to the +7 of Middlesbrough.

The two squads have fairly decent defences, with only a handful of teams conceding fewer goals than them. The Cherries have 37 goals against them, and Boro 39. Head-to-head statistics show that only 3 of their last 8 meetings have had both teams scoring. Junior Stanislas will definitely be missed by Bournemouth with his 9 goals and 4 assists. The forward is injured and will be back in April.

This prediction has hit in 50% of the last matches between these squads, while it has a 60% success rate in both teams’ last 10 games. The odds of 27/20 make this bet seem very lucrative and offer a generous risk/reward ratio.

Here are all the statistics for Bournemouth vs Middlesbrough

All the latest statistics and odds for the match can be found below:

Where are the two squads in this campaign?

To evaluate the game at hand better, we have to understand the bigger picture – where the teams currently are and what are their goals.

Under Eddie Howe, the Cherries enjoyed a few spectacular years in the Premiership. Now Jonathan Woodgate, appointed in February, is doing everything he can to return his side back to the Premier League. Currently ranked 7th, Bournemouth has a few chances to climb to the top 6 and have a shot at the Playoffs.

Boro on the other hand is also yearning for a PL return. Neil Warnock’s men are still struggling to get back to top-flight football. Ranked 9th with a 6-point deficit to the top 6, they also have a shot at the Playoffs. In conclusion, we can say that this game is of great importance for both sides and their promotion chances so make sure you stay tuned. 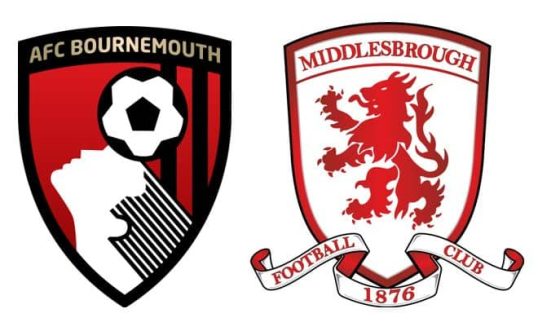