Bournemouth were right at the top of the betting odds for a title charge in August. Now eight games in they're top and unbeaten. Will they keep it up against Luton? Find out with our Bournemouth vs Luton match preview with free tips, predictions and odds mentioned along the way.

Bournemouth vs Luton: Our top tips

There is no other place to start our Bournemouth vs Luton predictions than with a home win. Bournemouth are flying under Scott Parker and with three wins on the spin along with eight league games unbeaten they'll be sky high with confidence. When you factor in that they're hosting a Luton side that have failed to win in their last five games it really looks like a no brainier. The only bizarre thing for us is that the odds aren't shorter than the 3/5 referenced above!

A clean sheet and three points for Parker and co

So, we've been pretty brutal in our assessment of who will win this game. Now we turn the heat up further as we back Bournemouth to win with their goal remaining firmly in tact too. The Cherries have recorded three clean sheets in their last four games and Luton have blanked twice in their last five matches. On top of that, the last three head to head meetings between the two teams have seen Luton net just one goal; that means Bournemouth have shut them out twice in three attempts. Expect more of the same come Saturday.

Our final prediction backs Dominic Solanke to get amongst the goals. Back in their Premier League days, Solanke arrived for a big fee and failed to deliver; whether it's the drop in level or a maturing skill set we don't yet know but nobody can question what Solanke is doing now. He is doing the business. With five goals in eight games and two in his last three it wouldn't be a big shock to see him at it again Saturday.

The best odds for Bournemouth vs Luton

Bournemouth to keep on rolling

With West Brom drawing several games on the bounce Bournemouth are emerging as the clear favourites to win this division now. That's not surprising given the way they've been performing so far. They've been scoring goals at one end and keeping things reasonably tight at the other, which is a great combination and in Solanke and Phil Billing they've got two players who are bang in form too. Luton meanwhile can't buy a win. They've mustered just two all season and, whilst defeats have been few and far between, draws don't get you anywhere too quick. They do have a threat to them though and Luke Berry is one to watch.

Final questions on Bournemouth vs Luton 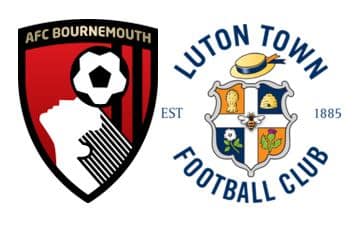