Hull pulled an incredible result out of the bag on Wednesday night and they'll need a similar level of performance at Bournemouth if they intend to take anything from the game. Will they get it? Find out with our Bournemouth vs Hull match preview with free tips, predictions and odds mentioned along the way.

If you're looking to place a bet to exploit value then, for us, a Hull or double chance bet is the way to go. Yes, they've only won one of their last seven games but that runs does include three draws whilst their victory over Blackburn was really impressive. Bournemouth meanwhile have lost two of their last five games so are far from untouchable. Hull already know that though because they have a good record against the Cherries. The last five meetings between the pair have seen Bournemouth win just once! Hull meanwhile have won three of those past five clashes.

Next up in our tips is a prediction that somebody blanks. Bournemouth have seen both teams score in just two their last five games. Hull's record is very similar with, again, two of their five most recent matches ending with goals for both sides. Notably for the Tigers, both of their last two outings have seen a ‘nil' in the result. Then you have the head to head record as well, three of the last five meetings have seen someone blank.

Check out the key stats & form for Bournemouth vs Hull

Hull and Bournemouth are having very different seasons but they're both suffering through inconsistency of late. Regardless of what team you support, you just don't know what you're going to get on the pitch. If they were more reliable, Hull would be safely in mid table and Bournemouth would probably have the title all but sewn up!

Bournemouth's poor run has seen them drop five points behind a Fulham side that are starting to click again. The title dream isn't gone but the Cherries do need to start picking up back to back wins sooner rather than later if they're to remain in the hunt.

Hull had been on an awful run of form having not won in six meaning expectations were low when the form team of the league, Blackburn, rocked up. What followed was a deserved 2-0 win for the Tigers. They'll be unchanged here.

A brief FAQ ahead of Bournemouth vs Hull 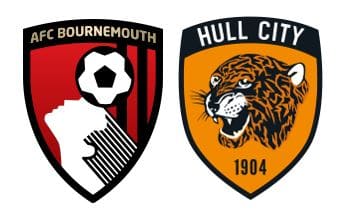