The Championship juggernaut that is Bournemouth keeps on rolling with their ‘0' losses still in tact after 13 games have been played. Find out with our Bournemouth vs Huddersfield match preview with free tips, predictions and odds mentioned along the way.

Bournemouth vs Huddersfield: Our Tips

League leaders to keep on winning

Huddersfield are in pretty good form of late with four games unbeaten carrying them to sixth in the league but their away form is not nearly as sharp with their last two matches on the road just serving up just one point. By contrast, Bournemouth are simply sensational at the moment. They've won their last three games, are unbeaten in 13 league matches and have dropped just eight points. Given that Huddersfield haven't won at Bournemouth's home since 2007 this looks like a nice little banker.

Bournemouth may well be chugging along like a train but they're not blowing teams away. Across the 13 games this season their games are averaging 2.2 total goals per match. Huddersfield are sitting at an average of 2.5 but that drops to 2.0 for their away games. More recent form i.e. over the last five matches also supports our under 2.5 prediction. Three of Bournemouth's last five games have been under 2.5 whilst Huddersfield have gone under 2.5 four times in their past five.

A win and clean sheet for Bournemouth

Find the best odds for Bournemouth vs Huddersfield

Scott Parker is doing a marvellous job since moving to Bournemouth in the summer and the midweek results, which saw West Brom lose, has seen his side pull six points clear of third place. They look like a well oiled machine; for a long time they've played good football but they've currently got the best defence in the league. When you have that at one end with the likes of Dominic Solanke at the other teams will be scared to face you.

All that said, Huddersfield are no mugs. They too are gunning for the promised land but they've got a growing injury list that could derail them. Another subplot to this game is Bournemouth midfielder Phil Billing; he joined Bournemouth from the Terriers in 2019.

FAQ on Bournemouth vs Huddersfield 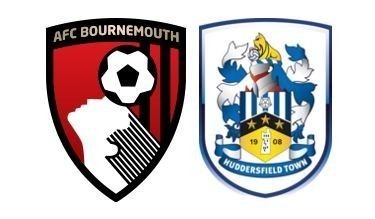